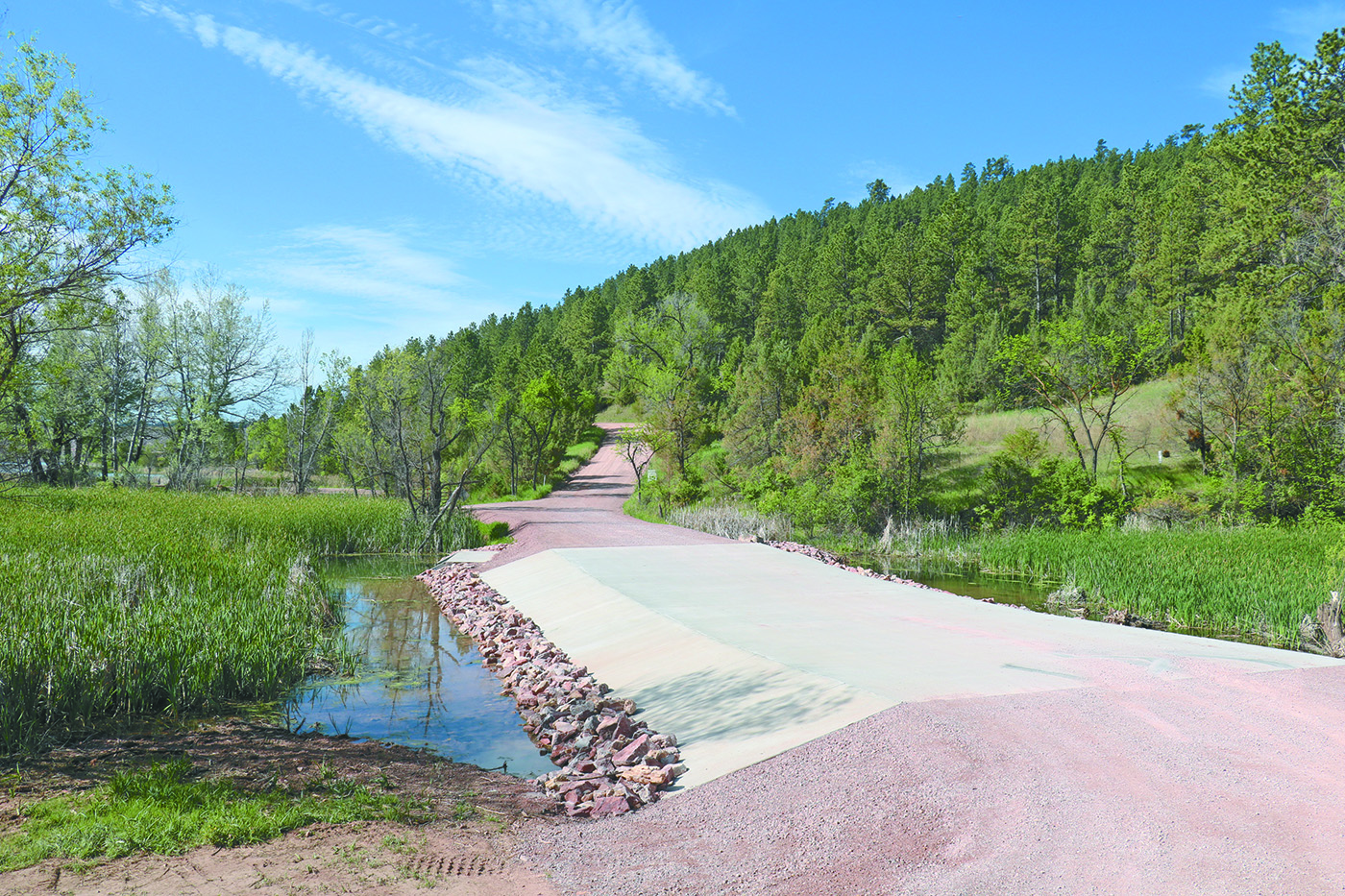 Contracted workers recently completed a project which installed new culverts and a “Texas Crossing” along the main road near the campground at Cold Brook Dam.

HOT SPRINGS – After having to shut off road access to its lower portion for nearly four months, Cold Brook Dam is now open.

Mike Key, the Natural Resource Specialist with the Omaha District Office of the Army Corps of Engineers, said the contracted crew Solbros Construction of Pierre has been working on replacing the road culverts between the lake and the campground since early February. The anticipated completion date was going to be May 1, but due to variety of delays, the road was not opened up until the evening of Friday, May 29.

Key said the much anticipated opening of the road was great news, not only to users of the facility, but also to him and his staff of seasonal workers, as they have been receiving a lot of calls from frustrated residents.

While people could still access the water from above by walking down from the dam, having the road open now makes it much more accessible for everyone.

Despite the road being open and allowing access to the water for fishing and swimming, the campground is not open due to the current COVID-19 restrictions that have been in place with all Army Corps of Engineers facilities in the country.

However, Key said those too will soon be loosening up, with the hope that both Cold Brook and Cottonwood campgrounds will follow suit with some other regional Army Corps facilities.

Key shared the website corpslakes.erdc.dren.mil/visitors/status.cfm as a place where users can go online to view the current status of the Army Corps facilities in their area.

Key said last week in a phone interview however that people can enjoy the beach, provided the number of people are controlled and appropriate social distancing is being practiced. The playground however is closed to the public, but the hope is that things could be opened up as soon as next weekend.

When people do drive down the lower portion of the lake, the changes to the roadway between the campground and the lake will be very noticeable.

Key said the project was needed to control problems caused by the current culvert system which couldn’t adequately handle the routine flooding of the area. He said larger concrete culverts were set in place, along with what he called a “Texas Crossing” which functions similarly to the “dip bridge” in Hot Springs, near the Hills Inn motel. In the event of significant flooding that the larger culverts can’t handle, water will still flow freely over the now concrete roadway without eroding the roadway.