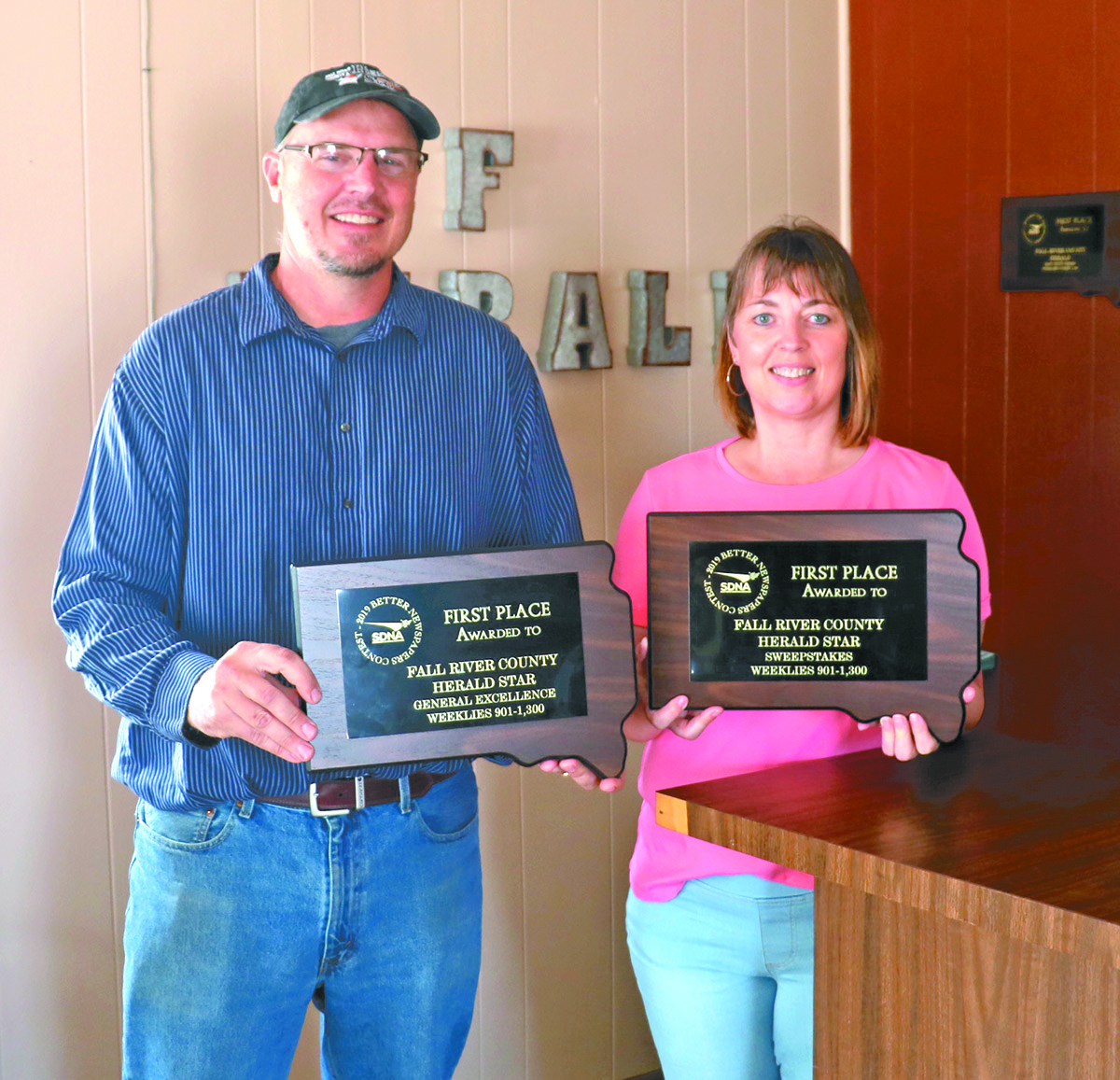 HOT SPRINGS – For the second year in a row, the Fall River County Herald took top honors in its circulation division of the 2019 South Dakota Newspaper Association’s Better Newspaper Contest by winning first place in the General Excellence category, as well as the Sweepstakes Award which takes into account all of the honors earned in both the news and advertising divisions.

In all, the Herald won a total of 15 awards including six first places, four seconds and five thirds while competing in the mid-sized weekly division for newspapers with a circulation between 901 and 1,300. The contest divisions are based on circulation numbers from the previous year of 2018, when the Herald was still in its transition of growing circulation as a countywide newspaper. Currently, the Fall River County Herald-Star has a circulation of 1,500 and will bump up to the largest weekly division for the 2020 SDNA contest.

In addition to wins in General Excellence and the Sweepstakes Award, staff members were also honored with first place plaques in two writing categories and two photography categories.

Publisher Brett Nachtigall won both the “Best Feature Story – Profile” and “Best Spot News Story” categories, for his story about the life of Hot Springs’ Andrea Norton and also his report of a Hot Springs home that was destroyed by a fire that started on their porch. Below are links to both of those stories

In photography categories, and for the second year in a row, Dick Kettlewell once again won first place in the “Best Photo Series” for his monthly Fall River Rhapsody series featuring wildlife and natural scenery from the Southern Black Hills area. 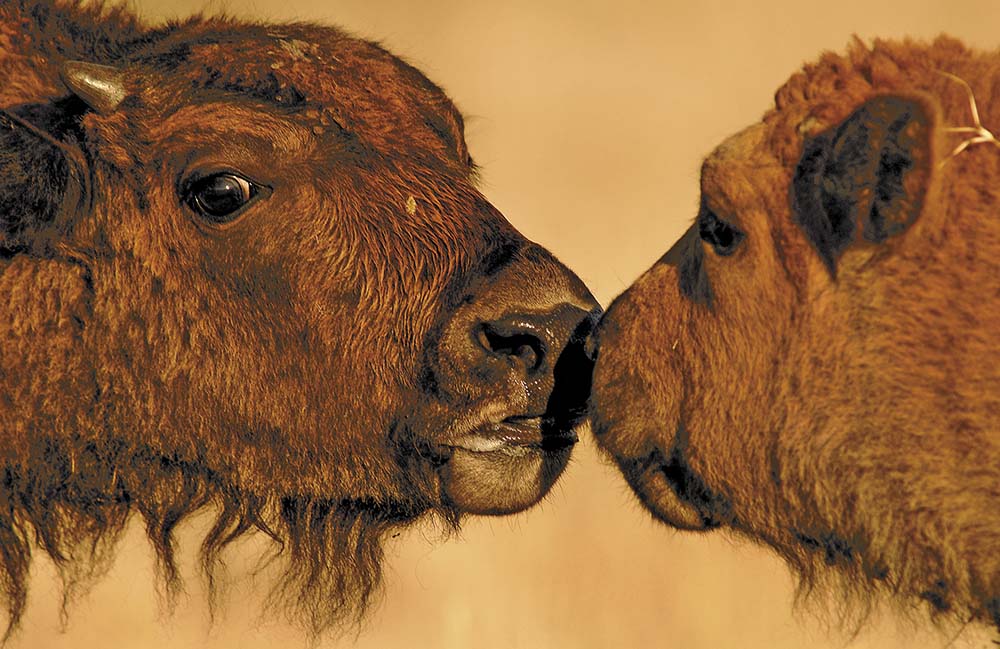 Nachtigall also won a first place photography award in the “Best Sports Photo” category for his picture of Jobie Dryden saving a young mutton buster by the belt loop during the Fall River Fair Rodeo. 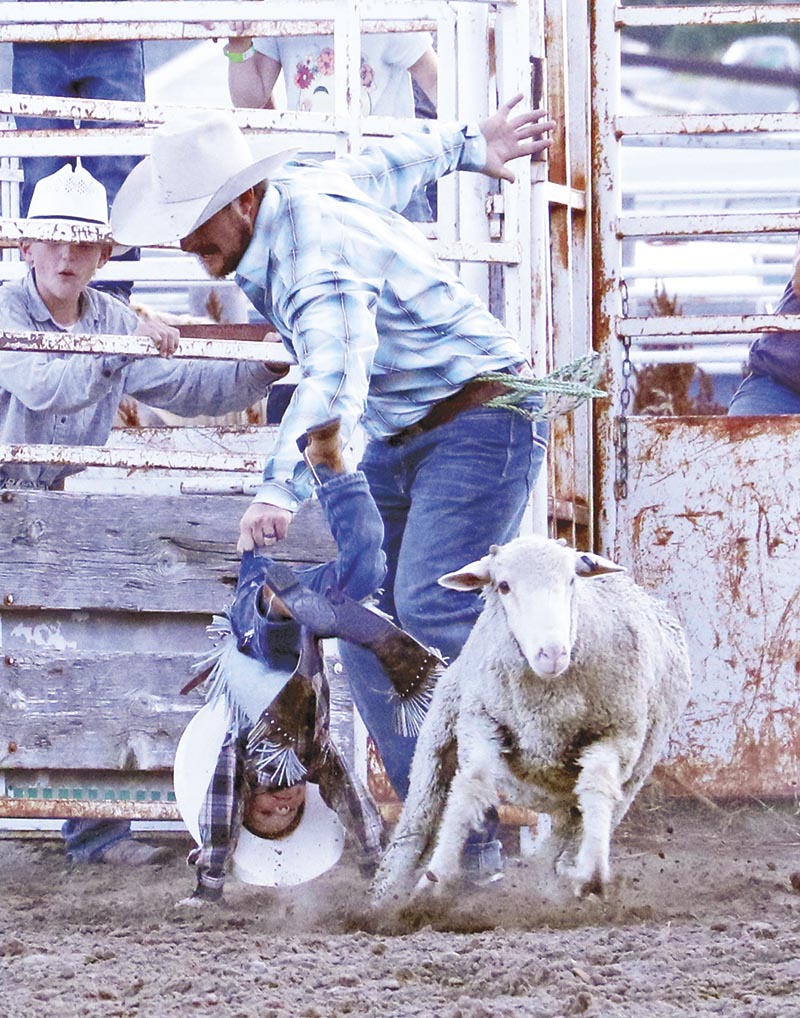 Nachtigall also won three second place awards including a runner-up finish in the “Best Photo Series” which gave the newspaper the top two spots in the category with Kettlewell’s first place finish. Nachtigall earned recognition in the division for his two-page photo spread of the 2019 Fall River County Fair in Edgemont.

His other second place finishes included a runner-up spot in the “Best Feature Story – Non-Profile” for a story entitled “Huntin’ hard-to-find Honkers” about a pair of area hunters who harvested a rare Quill Lake Canadian goose near Oral, along with a second place in the “Best Lede” category for his story about the City of Hot Springs working with mobile food vendors on revisions to a city ordinance. 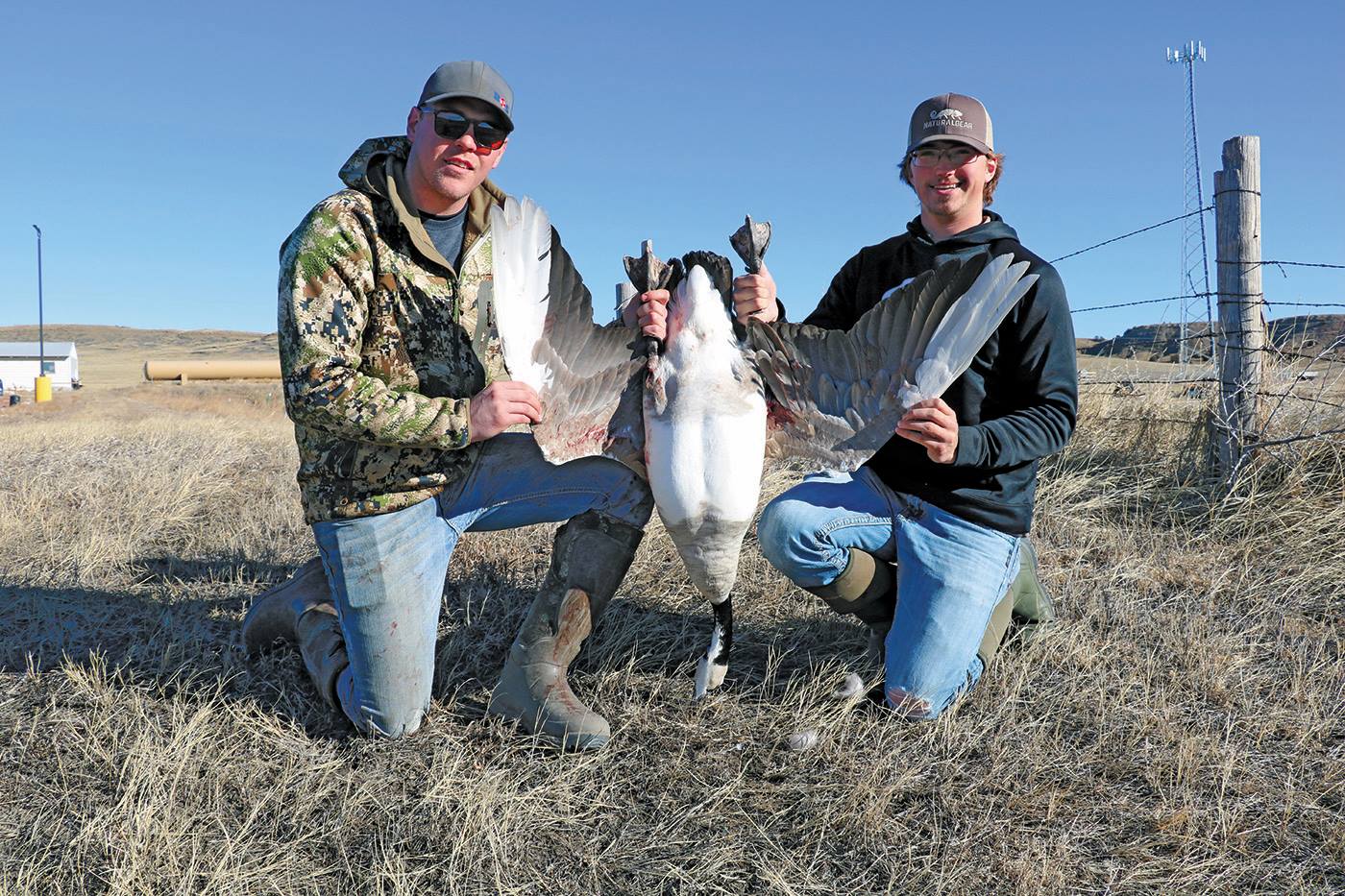 The newspaper staff of Nachtigall and Production Manager Sheryl Grimes also earned a second place award in the “Best Typography and Design” category. 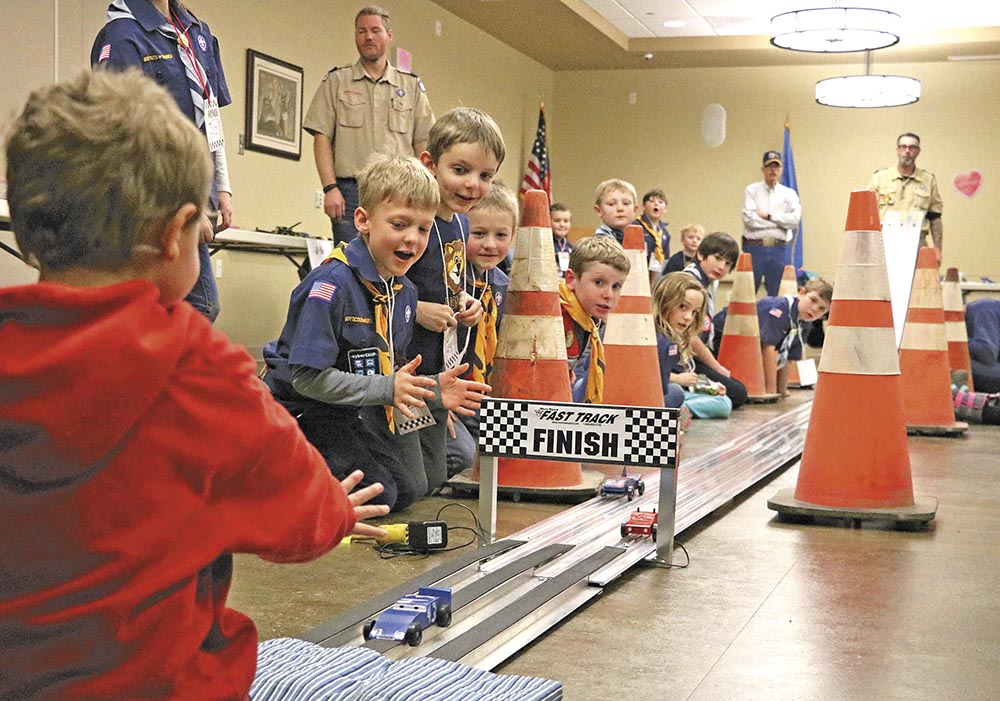 Following is a listing of all the awards won by the newspaper staff.

Most cumulative awards in the mid-sized weekly newspaper division

“Norton was a ‘courageous light’,” by Brett Nachtigall

• Best Use of Color in Ad

“Concern over CWD varies in county” by Brett Nachtigall