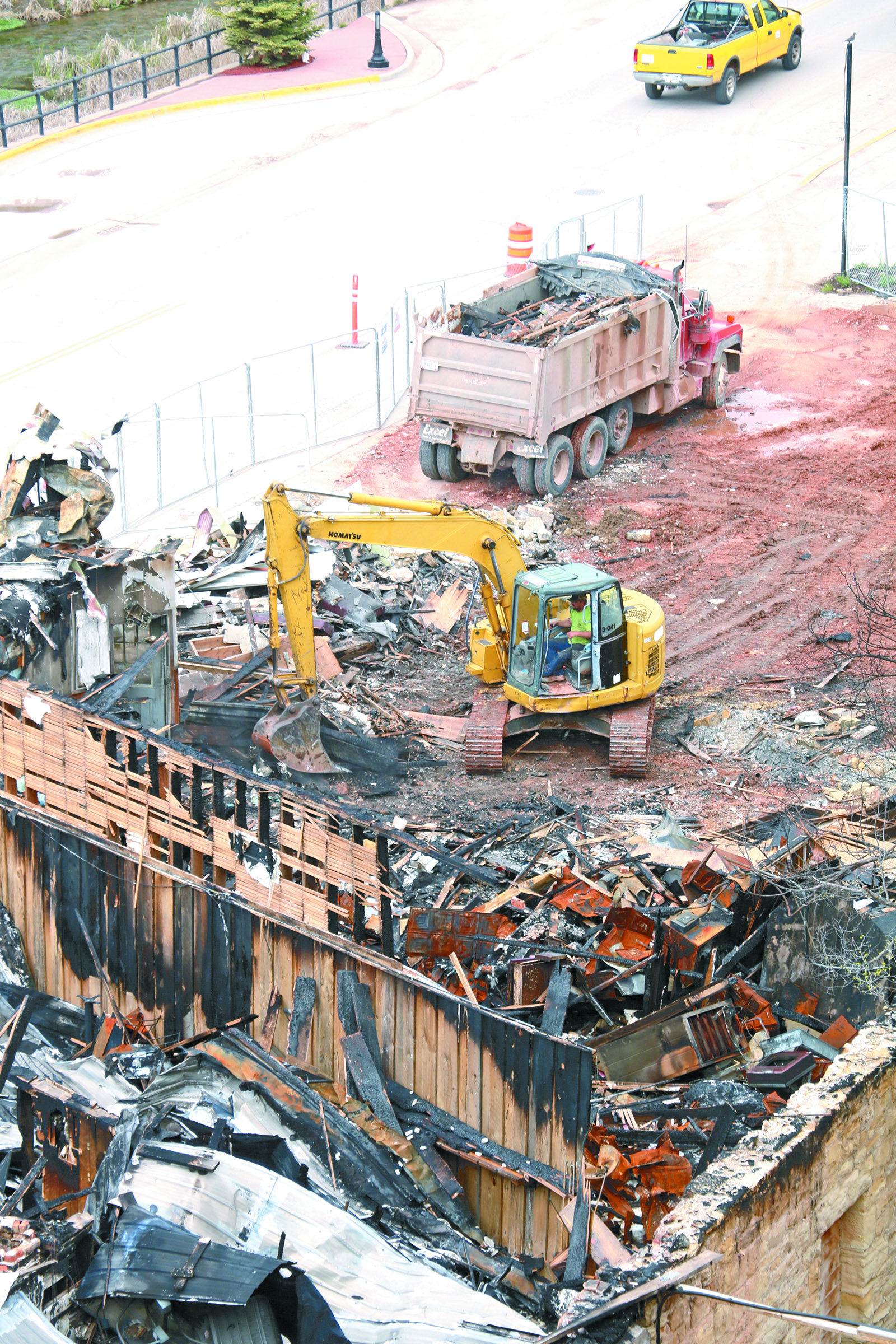 Mark Wynia works last week to take down the China Buffet which was destroyed in a fire on Feb. 17, 2020.

HOT SPRINGS – Demolition work continues on the buildings destroyed in the North River Street Fire back on Feb. 17, 2020.

The Heartsong Quilts building was taken down first in late April by Steve Simunek with Quality Real Estate, and last week, demolition began on the China Buffet building by Mark Wynia and his construction company.

Phap Sam, who operated the China Buffet with his family, said he is currently looking at a few buildings as option to reopen but is waiting on the demolition work to wrap up before getting estimates. He added that he is considering all options – to either rebuild in the same location or open up elsewhere – before making a decision about the future of their family-owned restaurant.

When asked about what kind of restaurant they would be opening, he again said they are looking at all option, but added, “I feel a change would be nice.”

The Vault’s owner, Greg Gunwall, is also considering all of his options as well. He said demolition work could begin as soon as this week, as he had been waiting for the other building to come down before beginning his project due to access issues.

Mosset Construction is the general contractor on the project, with Simunek expected to do the demolition work.

Gunwall said he is still contemplating his options, but the most likely at this point is him opening up a temporary outdoor venue in The Vault’s former location. He said they are looking at reinforcing the sandstone facade and then putting in a concrete floor and be open yet this summer in what he described as “beer garden-like.” He said they would still offer food on-site but there are a number of details they need to work out yet.

Considering the planned reconstruction of Hwy. 385 through downtown Hot Springs in 2021-22 in front of his restaurant, Gunwall said he is hoping to operate the outdoor “beer garden-like” venue for the next couple of summers and then build a more permanent structure once the new highway and suspended sidewalk is built