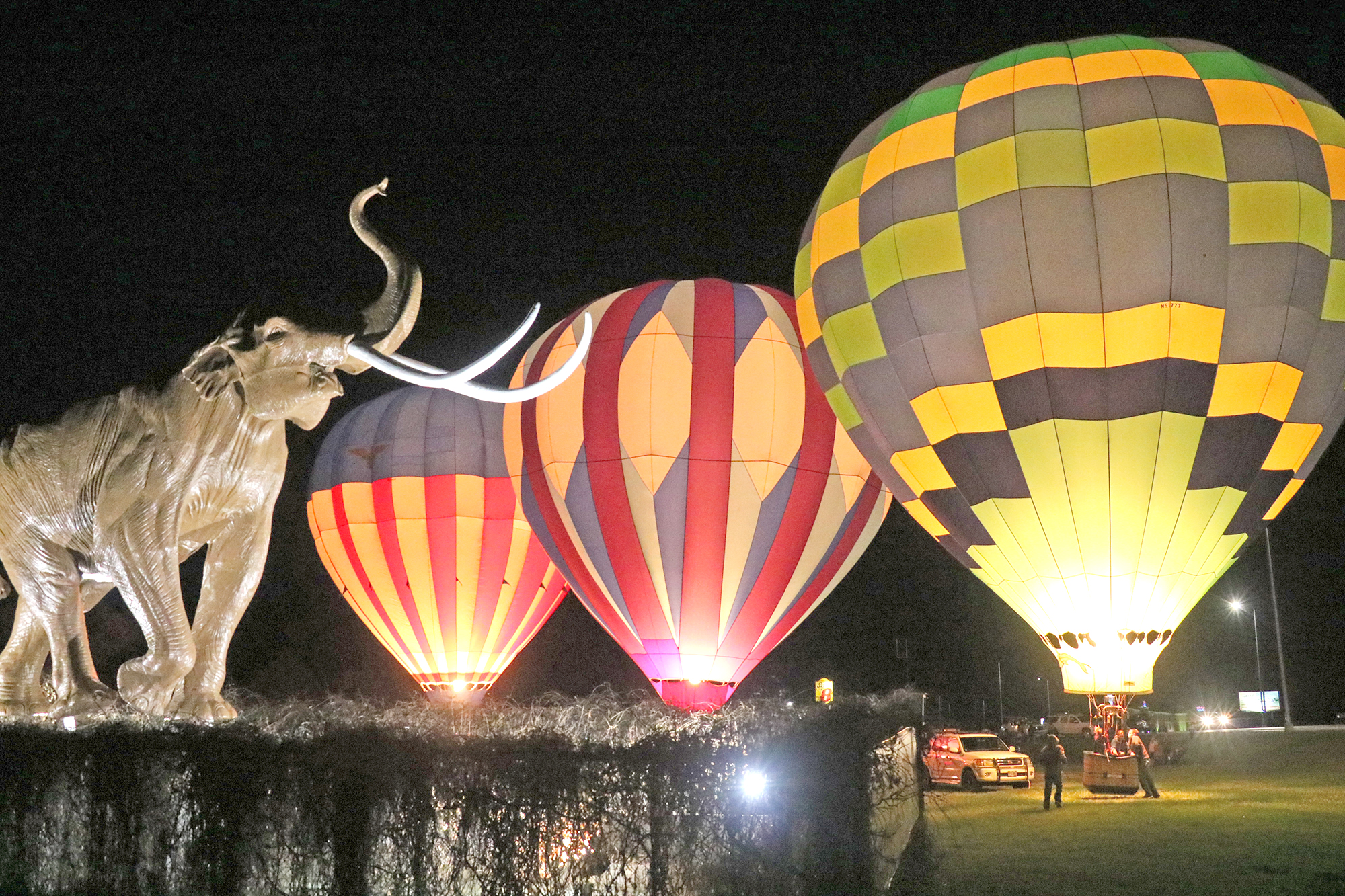 With the mammoth known as “Digger” lit up in the foreground as well, three local hot air balloons glow in the night sky of Hot Springs last Friday night as part of the statewide “Let it Shine South Dakota” effort.

While each town across the state had its own unique way of showing their support by lighting up their night skies, Hot Springs did so with a “night glow” by a trio of local hot air balloonists in front of The Mammoth Site, along with Hwy. 18 truck by-pass.

According to one of the local organizers Petra Wilson, the nearby community of Custer also did a hot air balloon night glow with four balloons. She said Sioux Falls attempted it as well, but due to winds, they were forced to only perform a “candlestick glow” which is when the pilot simply fires up the balloon’s burner without inflating the envelope of the balloon.

Wilson said the Hot Springs hot air balloonists decided to take part in the event only about two days before it was to happen, so scrambled to get everything arranged in time. Weather conditions were not looking ideal for it to be pulled off last Friday night, as there was some light rain coming down just prior to the start. However, with guidance from the National Weather Service, there was a chance of brief window opening up at 8:30 p.m. And as luck would have it, the window did open which made for a beautiful evening for all involved.

While most spectators watched the glowing spectacle from the safety and comfort of their vehicles in one of the many nearby parking lots – including The Mammoth Site, Super 8, Woolly’s Grill & Cellar, U.S. Forest Service and Y-L Saddlery – a few people also set up lawnchairs near their cars as well.

As all three balloons flickered on-and-off for about a half-hour last Friday night, the surrounding spectators cheered and honked their horns, signifying the night as a success and just what the doctor ordered to lift spirits and brighten the mood while area residents deal with the ongoing COVID-19 worries.