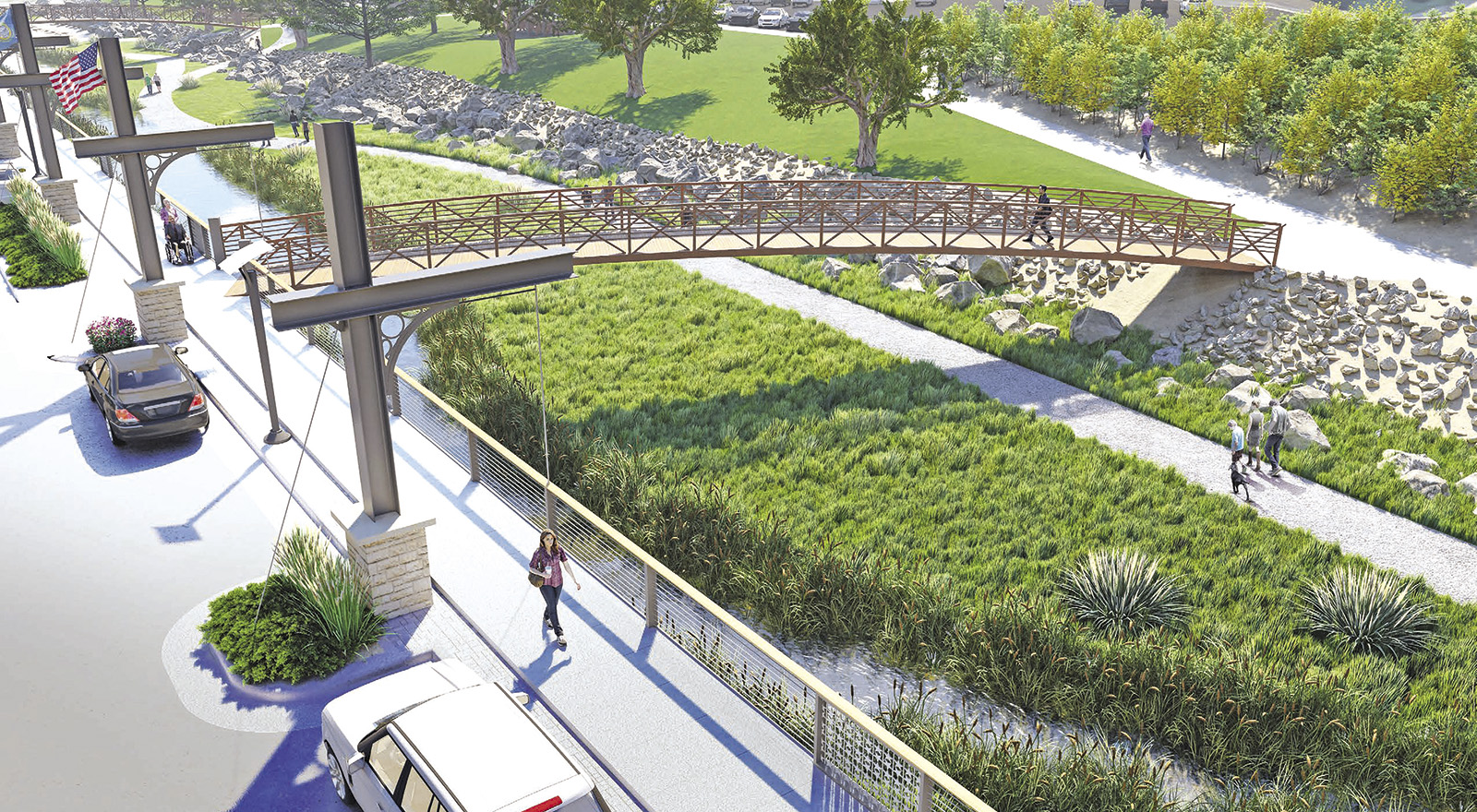 HOT SPRINGS – In a meeting that lasted a total of nearly five hours and finished up at about 11:45 p.m. on Monday, April 20, the Hot Springs City Council approved a draft DOT transfer agreement in relation to the proposed suspension sidewalk on North River Street as part of the downtown reconstruction of Hwy. 385.

The motion – one of 13 new business items approved by the council that night – passed by a 6-2 vote with councilmen Ray Ecoffey and Craig Romey voting ‘no’ and Bill Lukens, Dave Burris, Ron Richards, Alison Ritterbush, Bob Nelson and Caitlin Turner all voting in favor.

The council’s action moves forward an offer by the State Department of Transportation to pay for the $2.8 million suspension sidewalk in exchange for the City of Hot Springs taking over the longterm responsibilities of University Avenue, from the downtown stoplight to the top of the Hwy. 18 Truck Bypass but excluding the two bridges that make up the “viaduct.”

However, after considerable discussion, what the council agreed to was approving the preliminary draft of the DOT offer but also adding some contingencies which the state will now have to consider before it moves on to the next stage.

Included in the city’s contingencies was a need for the state to more specifically identify the boundaries of University Avenue which would now fall under the city’s responsibilities. In addition, the council added a provision that the project not exceed the estimated $2.8 million price tag, so that the city would not be responsible for the difference.

During their discussion prior to making the vote, much of the city’s concern revolved around the potential of approving a “blank check,” which was a term used by Council President Bob Nelson. He said that he was convinced the city’s proposed suspension sidewalk plan was far superior to the state’s plan for North River Street, at that he “wanted to vote for it,” but his biggest concern was “at what cost?”

Nelson said adding the provision that the project not exceed $2.8 million, so the city wouldn’t have to pay anything additional, satisfied his concern about approving “a blank check” for the project.

Councilmember Alison Ritterbush summed up the council’s vote and the message being sent to the DOT by adding the city’s provision as, “Thank you, we appreciate it, but we want some safety nets for the city.”

Councilman Ecoffey, who voted against the motion, suggested that the city table the matter and let the next new council being sworn in after the June election decide. It however was pointed out that delaying the decision would make it impossible to move forward as the preliminary plans for the sidewalk needed approved by Sept. 14 with the final plans approved by Dec. 4.

Prior to the council voting on the draft agreement, they first heard from seven people in the audience and one via the internet during a one-hour Communications from the Public. Sharing their numerous concerns about the project were Steve Wynia and Tim Theusch who, among other things, emphasized the many financial unknowns of what the agreement could potentially mean to the city down the road, should University Avenue require significant work. Most of the other comments heard from the others during Communications from the Public were in support of the project overall.

In addition to the vote on the suspension sidewalk, the city council also went into Executive Session at the end of the meeting. When they reconvened at 11:40 p.m., they passed a motion to approve a number of furloughs as means for reducing expenses during the current public health crisis, which has greatly reduced sales tax revenue for the city.

The furloughs of city staff would begin the following day on April 21 and continue through at least May 31. Personnel effected include: three part-time from Evans Plunge; four part-time streets department; two full-time and one part-time library; one part-time recreation; one part-time Mueller Center; a reduction of part-time hours at the golf course with the primary focus of employees to be on course maintenance; and, suspension of the city attorney attending all council meetings unless specifically requested to attend.