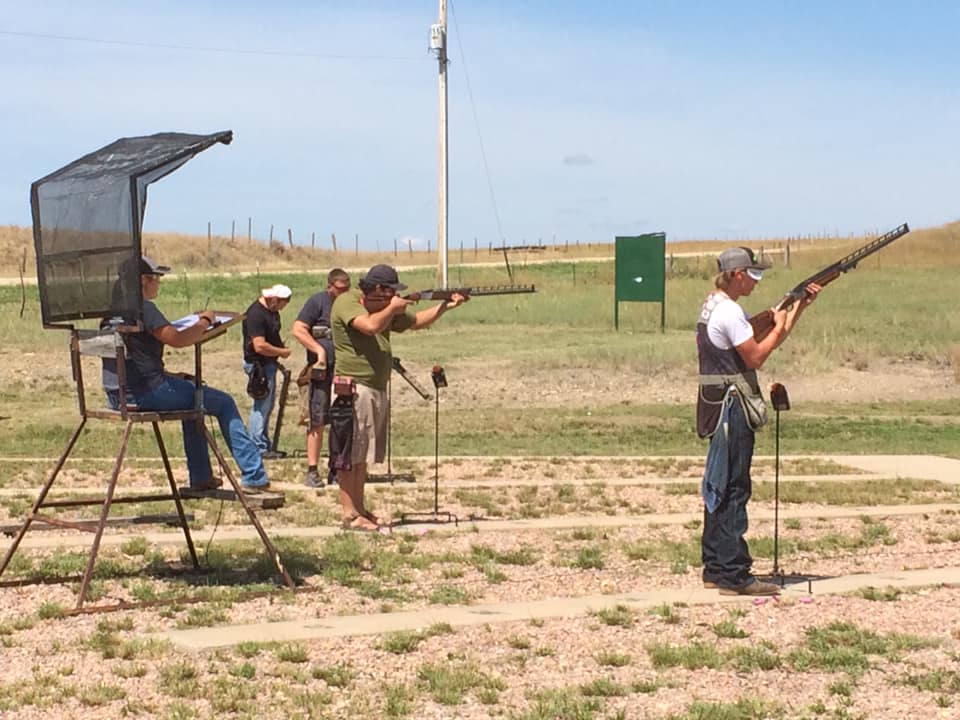 This photo of the Edgemont Trapshooing Club shows one of the activites that took place last summer at the club north of town.

EDGEMONT – The Edgemont Trapshooting Club is anticipating several improvements to its gun range facility that will be happening in the coming weeks and months. It has quietly built in terms of interest over the last couple of years. The interest was there as far back as 2008, but the economic downturn which occurred at that time caused things to be put off. New membership on the board has re-energized some of these former plans and various proposals to upgrade the facility have been met with new interest and enthusiasm.

The Club is located three miles north of Edgemont on County Road.

Leaders of the club propose an infusion of competition that is hoped to generate enthusiasm among current members and excite prospective members that might come into the fold.

“We plan on bringing back ‘spring leagues’ and ‘fall leagues’ along with open shooting and registered trapshooting,” said Sam Simons, Vice President.

“Moving forward we anticipate some physical improvements as well. We’re going to level and shape our background, plant some trees, and add some landscaping to our trap fields. We’re putting in a rock planter, concrete pads, and a gazebo. We’re going to have a decorative entranceway. We’ll also be painting the trap houses and storage trailer,” added Simons.

All projects require money and the club intends to seek funding from the National Rifle Association, Pittman-Robertson monies, Black Hills Power, and may also apply for grants through hunting organizations like the National Wild Turkey Federation and Ducks Unlimited.

As with about any other organization, the club has not been immune to the effects of the coronavirus pandemic. “We have postponed what would have been our spring league until August,” said Simons.

The club has posted information on social distancing suggestions on their Facebook page and plan to post such notifications at the range as well.

“We make our facility available to 4-H and youth organizations that promote hunting. We also serve the public by offering a venue for both private and corporate outings,” informed Simons.

If anyone has any questions about trapshooting or membership, please contact Sam Simons at 605-515-0376.