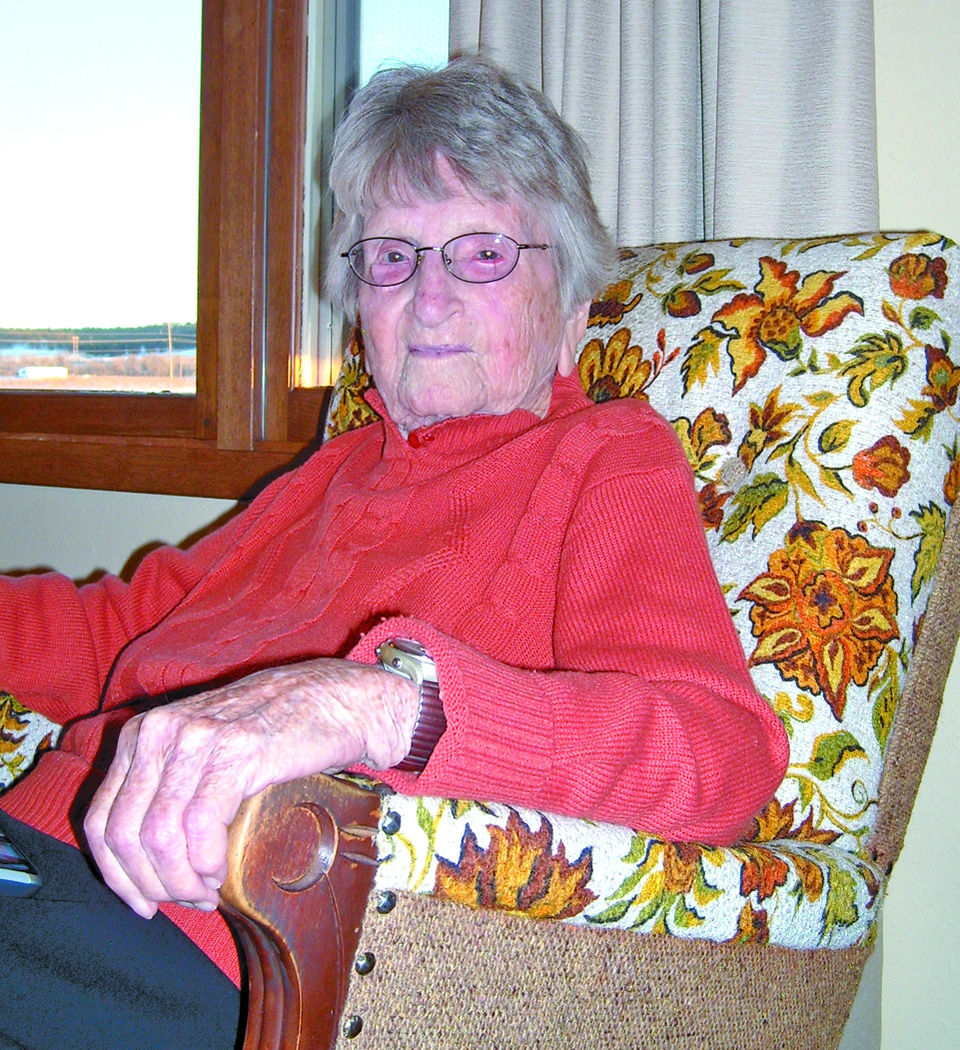 Curl was born on March 29, 1914, and was raised in Red Canyon. She has lived in the area for the duration of her life, and along with her husband, raised two children, John and Mary. She worked as a dress maker and tailor during her child-rearing years and afterwards worked for various Edgemont businesses.

In addition to her accomplished family life, Curl demonstrated her writing talent as the editor of Edgemont Centennial, 1890-1990 and also with her own work Red Canyon Echoes: A History of Red Canyon. She loves sharing her passion for local history with others having the same interest.

Curl has said of her years growing up in Red Canyon, “We were poor but we didn’t know it. There was always someone worse off than we were.” These are timely words, given the economic and social upheaval posed by the coronavirus pandemic.

Given the current circumstances and the recommendations by the Centers for Disease Control that all elderly residents practice social distancing, Mrs. Curl requests that those wanting to honor her on her birthday do so with a phone call rather than a house visit. She can be reached at 662-7470.