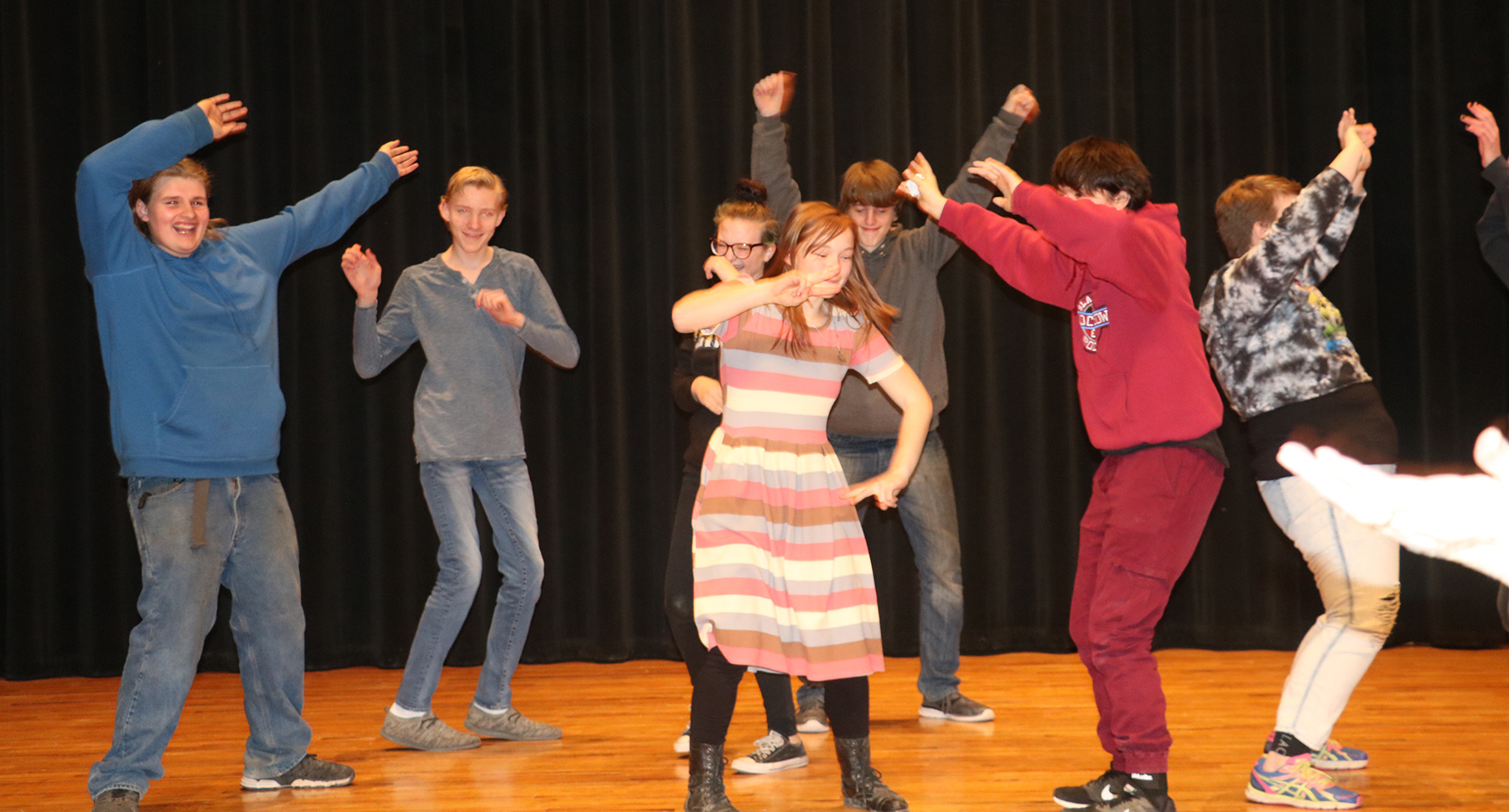 Cast members of Promedy all dance together during a recent rehearsal as part of a prom scene, which they will perform for an audience on March 12-13.

HOT SPRINGS – To prom or not to prom? That is the question in the spring play production of the Hot Springs Drama Department as they present “Promedy” to be performed March 12 and 13 at the Mueller Civic Center Theater, at 7 p.m. both nights.

From Eldridge Publishing, the play features the student body leaders at Lowzund High bickering and arguing about various prom themes. They finally decide to combine all of their ideas into one to create a medieval-futuristic-under-the-sea dance.

Mixed-up romantic misunderstandings abound in this laugh-a-minute comedy about that wonderfully stressful event: the prom.