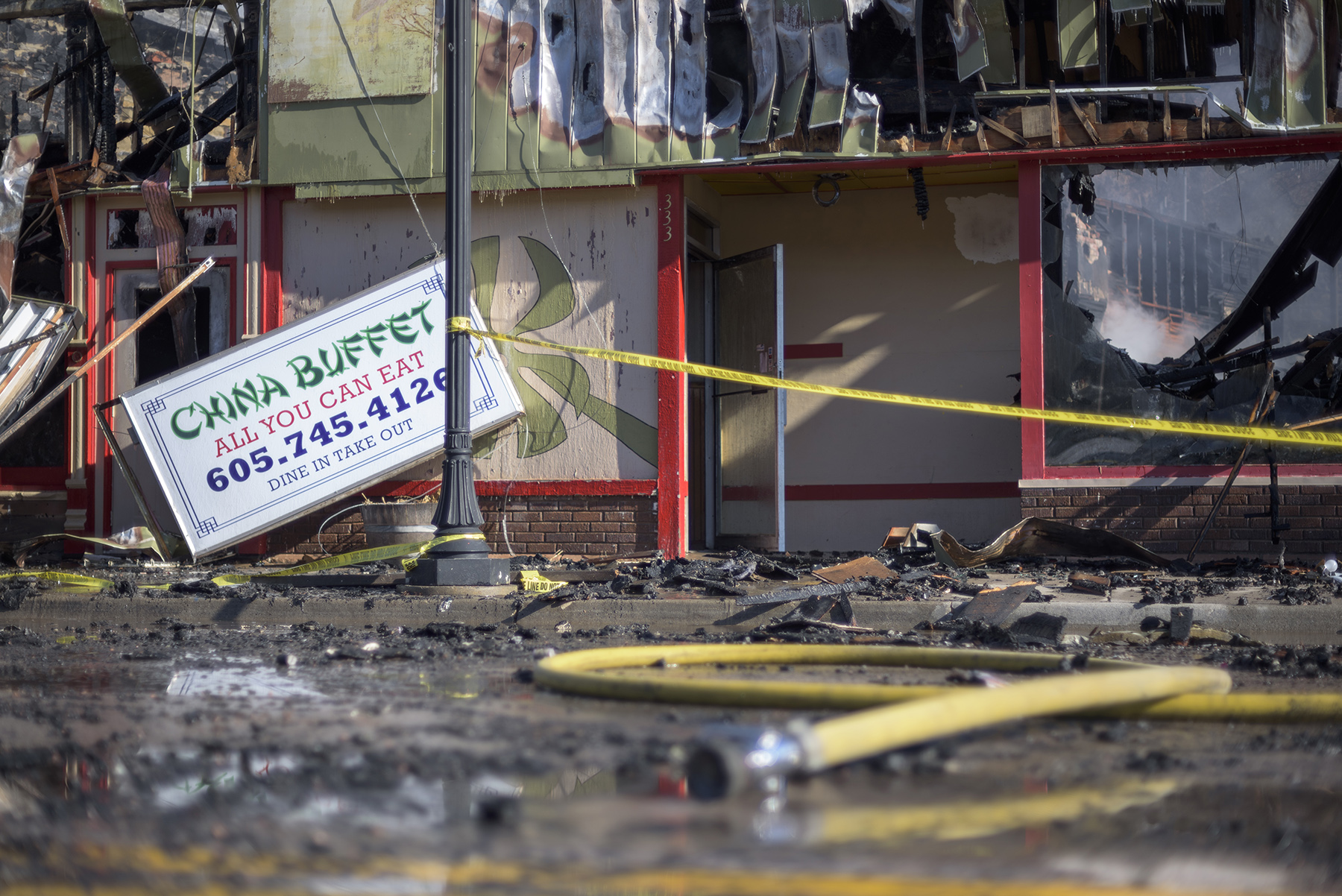 HOT SPRINGS – One of the businesses completely lost in last week’s fire was the China Buffet, which has been one of the community’s more popular dining establishments for more than 20 years, not only because of their food but also because of the work ethic shown by owners Mui Vong and Phan Sam and their son Phap Sam.

After opening for the first time in 1997, the restaurant’s daily lunch buffet and menu items have proven popular with both tourists and locals alike, as evidenced by their many favorable reviews on the website Yelp, including this recent one by Leah F. when she said, “I’ve lived here all my life, and I can say that no other Chinese place is better than this one I love it the food is good the people are so sweet and nice, I would say to definitely go there.”

For the owners of the China Buffet, last week’s fire wasn’t the only difficulties they have been enduring lately.

Phap, age 36 and a single father to three children, is also dealing with some very serious health issues which forced him to have a pacemaker recently implanted. Just three days after returning home from his surgery, his family’s business was lost in the North River Street Fire.

“I was just hanging out with my kids, who I haven’t seen over a week when the call came in,” Phap said, describing how he found out about the fire last Monday night, Feb. 17. “I rushed down to bring the keys to the firefighters.”

According to a GoFundMe page that was recently set up to help raise money to cover his medical needs, Phap has suffered from supraventricular tachycardia since a young age, and at the end of January 2020, it forced him to seek emergency medical assistance.

After a week in two South Dakota hospitals, and an unsuccessful ablation surgery Phap was life-flighted to Aurora, Colo., for further treatment. But following one unfortunate episode after another and further complications, Phap’s doctors ultimately went with the undesired decision of implanting a pacemaker to assist his weak heart.

“Thankfully with the aid of the pacemaker, Phap was released and is currently recovering at home with his family,” the GoFundMe page states. “Unfortunately, like so many Americans, before and during this trial Phap could not afford health insurance and now his medical bills have begun to pour in. It’s sinking in how much it will cost him and his family’s future to pay them off.”

With the loss of income from the destruction of their family business, which compounded the lack of health insurance, Phap’s family chose to create the GoFundMe page. As of this past Monday, Feb. 24, only four days after it was created, nearly $26,000 had been raised towards the $150,000 goal.

On the page, Phap posted over the weekend, “It’s only been a few days since We started this campaign. I’m deeply touched by everyone’s generosity and kind words.”

In looking ahead to the future for their family-owned restaurant, Phap said their plans mostly depend on the insurance company, and a few other factors.

“Speaking for myself, I want to stay here,” Phap said. “I’ve thought of renting other places, but the problem is kitchen set up. Our kitchen isn’t like majority of the domestic kitchens.”