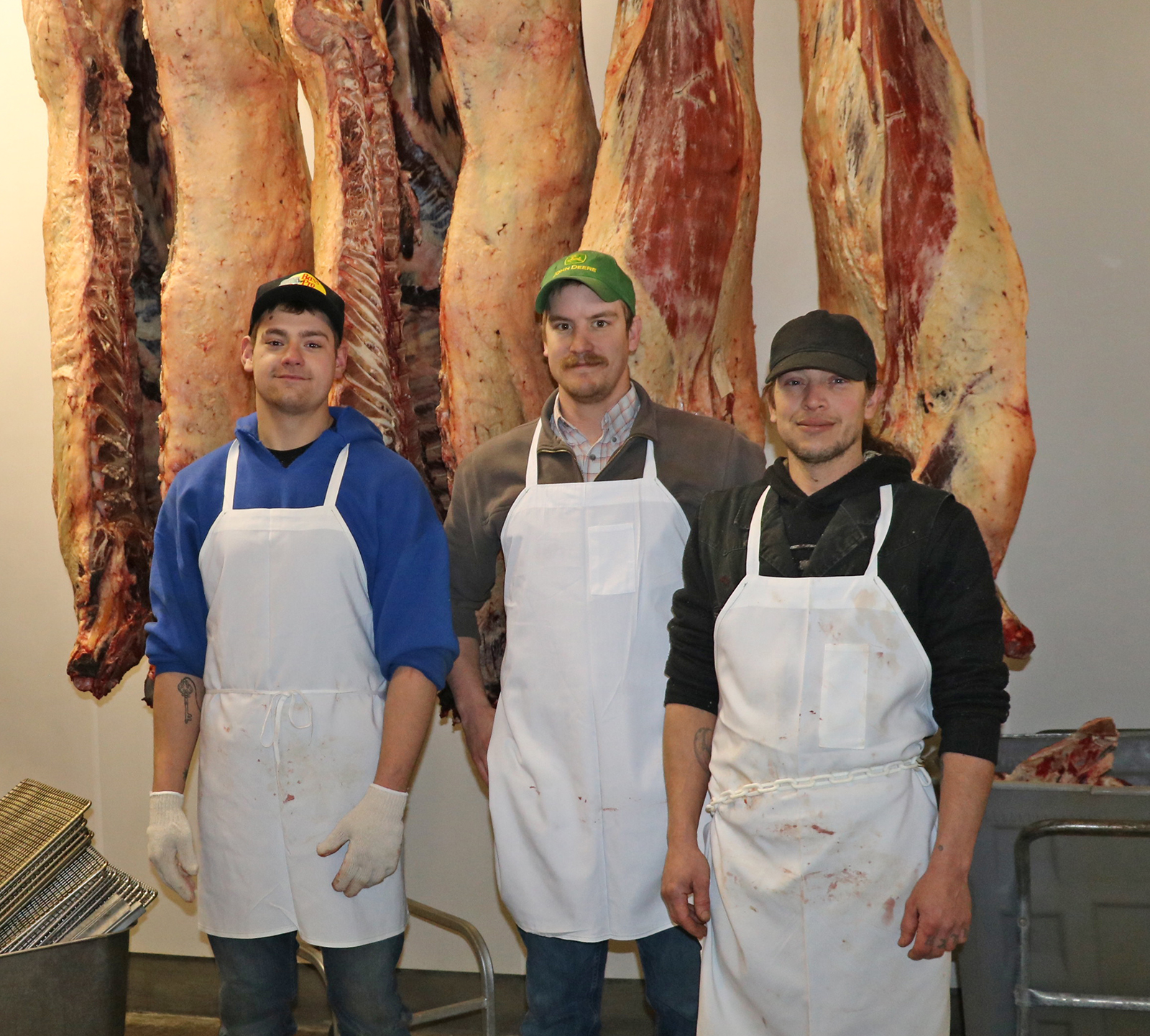 HOT SPRINGS – While it may seem like most young people from the area tend to move on to greener pastures for a career after they graduate high school, Cody Pekron is an example of one person who has bucked that trend and recently realized a dream of owning and operating an established business in his hometown – Black Hills Meat Company.

The son of Joe and Julie Pekron and a graduate of Hot Springs High School in 2012, Cody went away to college in Sheridan, Wyo., and became a diesel mechanic for five years in Miles City, Mont. In 2018, after his mom’s cancer diagnosis, Cody and his wife Kelsey moved back to Hot Springs to help run his parent’s business, the Red Rock River Resort.

Cody worked with his parents as the manager of the restaurant and lodging facility as his wife stayed home to raise their four kids, including a daughter, who will be six in April, along with three boys now aged four, two and two-weeks.

Growing up in the area, Cody lived the first few years of his life in Buffalo Gap and moved to Hot Springs at a young age but stayed close to the ranching lifestyle as his dad owned and operated the elevator in Buffalo Gap.

With his family’s background in ag and owning their own cattle and hogs for many years, Cody said he had a dream of one day starting a consumer-supported ag (CSA) operation where he would deliver farm-to-table beef, pork and other harvested food items to subscribers of his services. And eventually, once the business became more established, he was hoping to purchase or open his own processing facility.

After working further on his business plan, he determined that it wasn’t going to be feasible to do the business as he had originally planned. However, with the availability to purchase the meat locker in his hometown, Pekron said he decided to basically do it in reverse order by purchasing the processing facility first.

This past August, he started the process to purchase Black Hills Meat Company, owned by Carl and Denise Popescu, which included immediate training under Carl on weekends and his days off to start learning the skill of meat processing. Growing up, Pekron said he had butchered and processed their own hogs and wild game, but he had not previously been formally trained in the business.

The purchase of the business became official on Feb. 7, 2020, but part of the agreement is to have Popescu stay on board full-time for 60 days after the purchase to help train Cody, along with new employee Buddy Barbour, who is a Hot Springs High School (HSHS) graduate as well, from 2017.

In addition to Pekron and Barbour, current employee Todd Molitor is also staying on board, who has 25 years experience in the industry.

Fellow HSHS alumnus Carl Popescu, along with his brother Brian, purchased the business from Randy and Linda Scott in 2000. The previous building burned down in a fire in 2005, but the Popescu brothers rebuilt and reopened in 2006.

The 14-year old, 2,700 sq. ft. facility includes a kill floor, cutting room, retail area, offices and two large walk-in coolers, including one that can hold up to 36 beef. The other cooler is specifically set up for wild game but hasn’t been in use since the Popescu’s got away from wild game processing several years ago. That however is something Pekron said he plans to bring back next fall.

Overall, other than the addition of wild game processing, Pekron said he doesn’t see any other drastic changes to the business in the immediate future, but over time, as he and his staff get more familiar with the other day-to-day operations, there will likely be a for more additions.

One program that Pekron is particularly interested in becoming more involved with is the Beef To Schools program, which has recently been talked about at the Hot Springs School District. Pekron said in order to be able to slaughter and process local beef for schools, he must first gain the correct state inspection certification, which he plans to do eventually. He will also be participating in other continuing education to earn and maintain his meat license.

During the recent transition of ownership, Popescu liquidated his retail meat inventory which made retail unavailable for a short period of time. That period has now passed, making frozen retail meats once again available in the store, Pekron said.