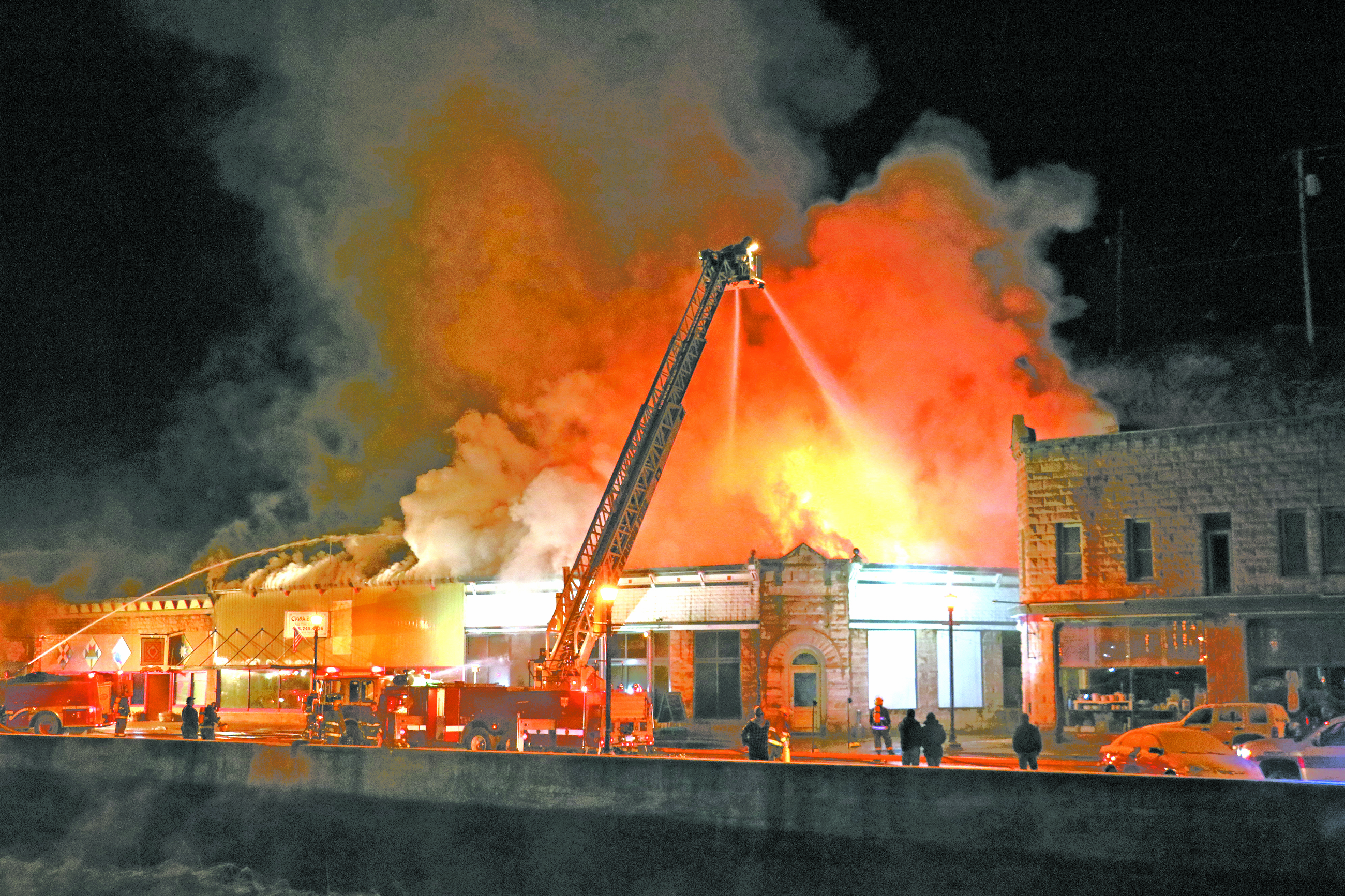 A ladder truck sprays water onto the burning roof of The Vault building in downtown Hot Springs at around 10:30 p.m. on Monday night, Feb. 17. Additional photos of the fire submitted to the newspaper by eye witnesses can be seen in this week's print edition as well as videos of the fire on the Herald-Star's Facebook page. Please see next week’s edition of the printed newspaper for more photos and information.

HOT SPRINGS – A report of smoke in The Vault building in downtown Hot Springs was first called in at around 8:30 p.m. this past Monday night, Feb. 17.

Initially, only a single column of smoke was visible coming up towards the back of the building. But shortly over time, smoke began rising from the roof edges of the adjoining China Buffet to the north, and then from the Heartsong Quilts building, which is also home to Gus’ Best Ice Cream.

Within a couple of hours from when the first call came in, all three side-by-side structures became consumed by flames.

Fire crews from throughout Fall River County, as well as Pennington County, were on the scene fighting the fire all night but it was apparent that all structures were a total loss, according to Fall River County Emergency Manager Frank Maynard.

Included in the devastation was the residence of the Brian and Ann Powers family, who owns both Heartsong Quilts and Gus’ Best Ice Cream and lived in an apartment behind their two businesses.

The State Fire Marshal was on the scene Tuesday, Feb. 18, but no other information was available by the press time of this week’s newspaper.

Please see next week’s paper for more details on the cause, along with additional photos as well.