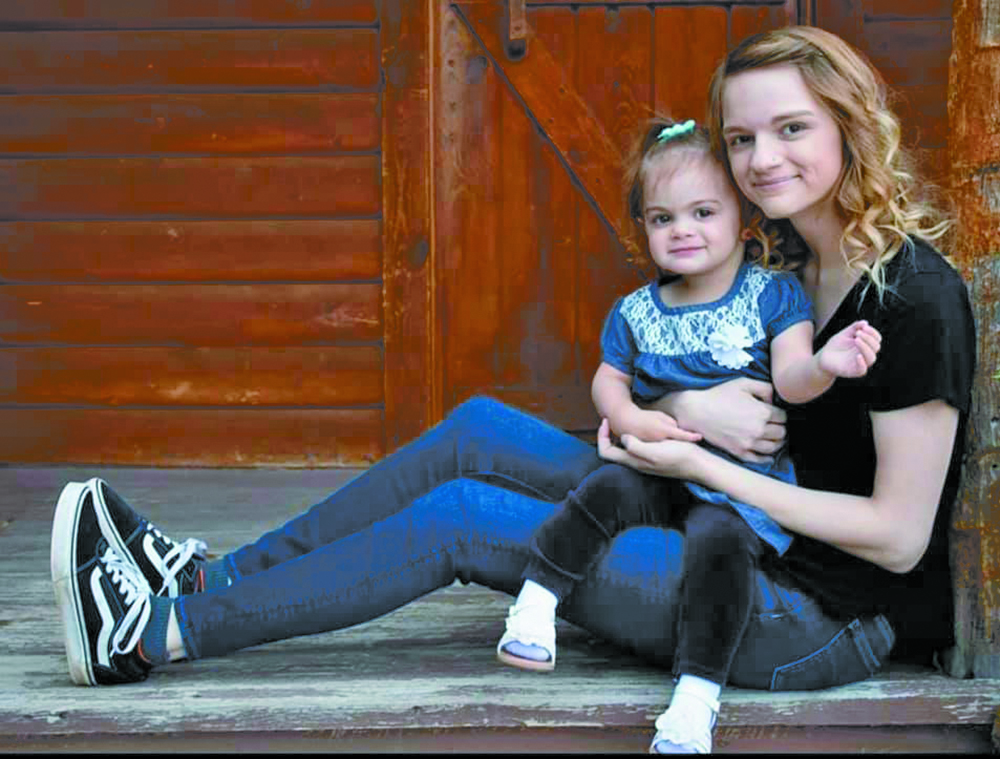 Cherokee Christopherson, age 22, who suffers from kidney failure and is in dire need of a transplant, poses for a recent photo with her daughter Emma.

HOT SPRINGS – A fundraiser is being held this Saturday, Nov. 16, for 22-year-old Cherokee Christopherson, who is in the final stages of kidney failure and is in desperate need of a transplant.

A lifelong Hot Springs resident, Christopherson was diagnosed with Stage 3 Kidney Failure about two-and-a-half years ago. Due to her age and her health, she has been placed high on the transplant list.

“We are still in search for a kidney, but until that time comes we need to raise money,” said Jessica Allen, who is a close friend of the family and is one of the people helping to organize this weekend’s fundraiser.

The event is being held at The Vault, in downtown Hot Springs, and begins at 5 pm and includes a silent auction, food and entertainment featuring Orion and Stacey Potter and a DJ starting at 8 pm and ending at 1 am.

Allen said the funds raised at the event will go towards travel, lodging, meals and lost wages for the donor and their supporter. The donor needs to stay in Sioux Falls for two to three weeks and Cherokee and her supporter needs to stay for six weeks, which adds up money wise to make sure all costs are covered.

Cherokee is one of eight children of Vernie and Anne Christopherson, which also includes Alex, Cheyenne, Tim, Chris, Joey, Chelsea and Chason. Cherokee has a two-year-old daughter named Emma.