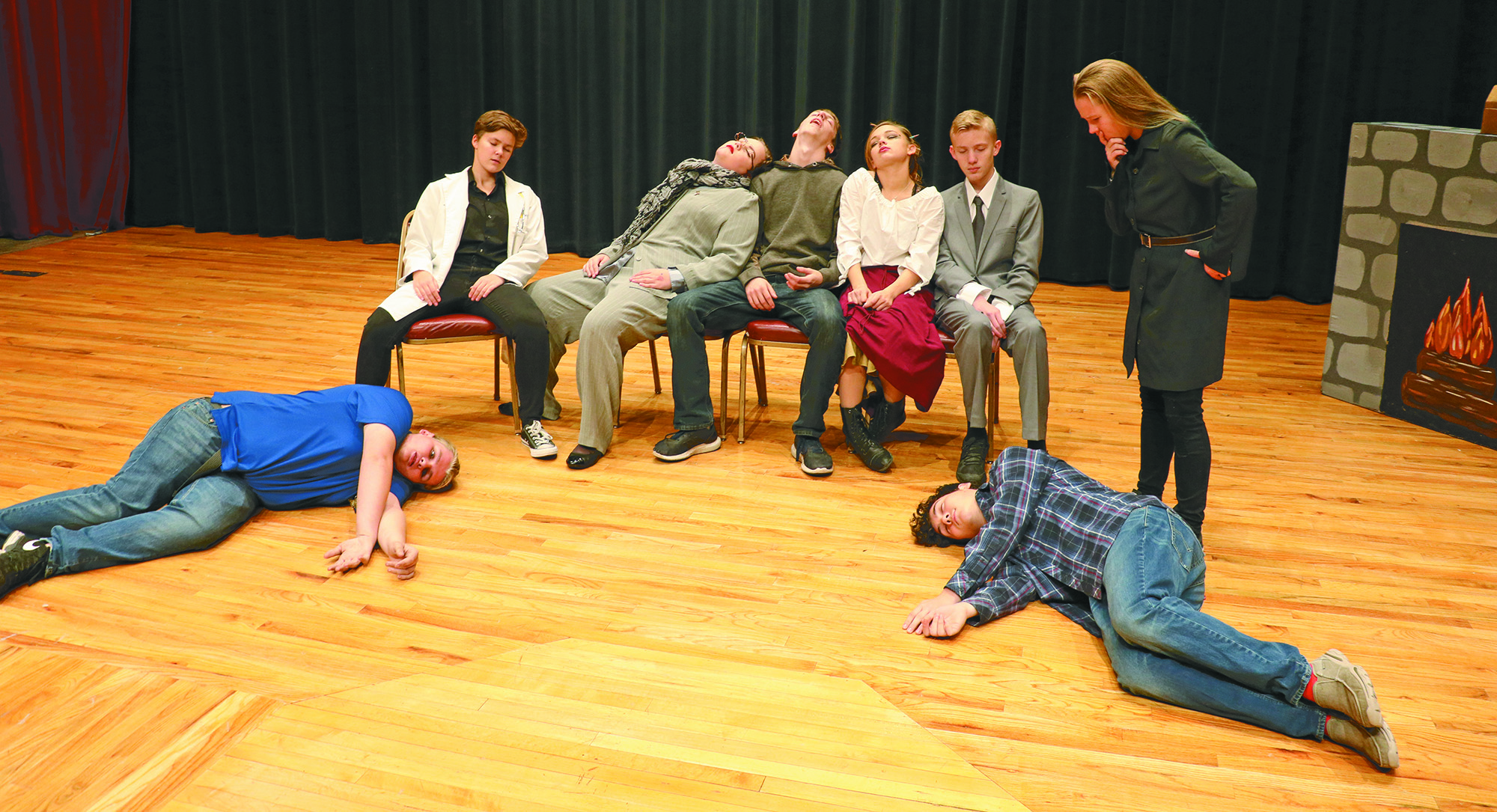 HOT SPRINGS – The Hot Springs High School Drama Department will present the play entitled “Murder by Ten,” by Eddie McPherson on Thursday and Friday, Nov. 14-15 at the Mueller Civic Center beginning at 7 p.m. both nights.

According to the website histage.com, the play is a fun parody of one of Agatha Christie’s most popular mystery novels and features 10 dim-witted people who have been invited to an old house on Dunce Island with the ultimate purpose, unbeknownst to them, to be murdered. Apparently, because of his or her dumbness, each was responsible for the earlier death of someone else. Now, one by one, they themselves are done in according to a silly nursery rhyme hanging over the fireplace. Because they’re not the brightest bulbs in the box, the poor victims are murdered rather easily by such things as vacuum cleaner hoses and live alligators. After several murders take place, they become suspicious of each other. But when the last person bites the dust and there’s no one else on the island, the question remains: Who the heck did all the murdering?