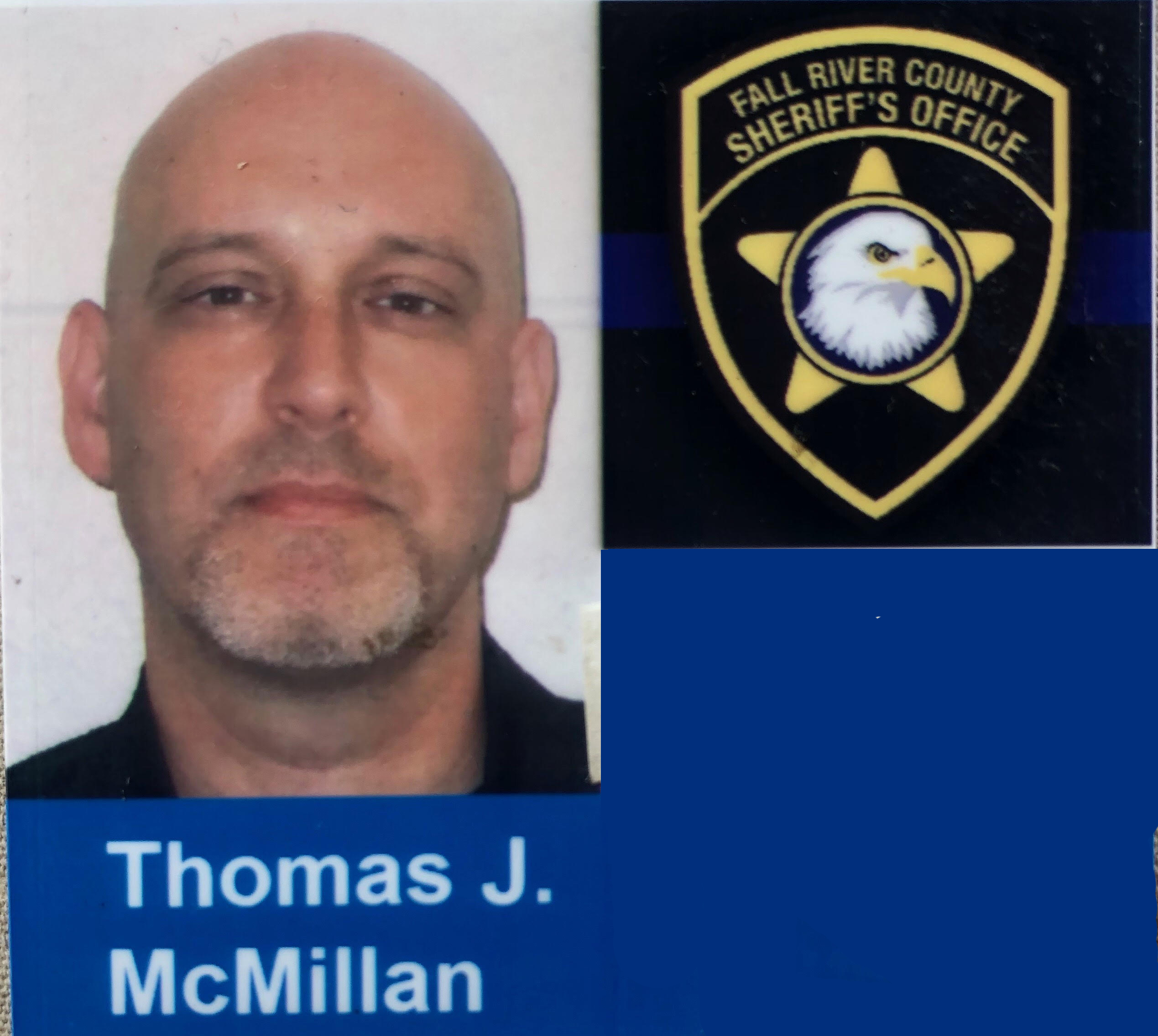 McMillan was born in Miami, Fla., and grew up in New York, making his way to South Dakota in the early 90s. He said recently that he always knew he wanted to go into law enforcement. His father also served in law enforcement at the federal level.

Deputy McMillan has served as a Correctional Officer with Pennington County for 19 years, four years in Martin as a law enforcement officer, and two in Box Elder. He also served in law enforcement for the Coast Guard for two years.

McMillan and his family have homes in both the Edgemont and Keystone area making it easy to travel back and forth and are enjoying living in Edgemont and getting to know the community better.

“It’s a small town, I’m excited about getting to know the community, as well as the dynamics of what’s going on here. I am also a DARE officer and meeting with the school this week to hopefully get a DARE program instituted into the school. I believe it’s important to impact the next generation and hoping to make the biggest impact with the youth of Edgemont,” McMillan said.

He is currently full-time in the community and looking forward to getting to know everybody and working closely with everyone to ensure Edgemont is protected and a safe place for the families who call this community home.

Deputy McMillan is replacing former Fall River County Sheriff Deputy Frank Kistler who was charged in Federal District Court on Aug. 13 with Attempted Sexual Exploitation of a Minor, Attempted Enticement of a Minor Using the Internet, and Transfer of Obscene Material to a Minor, according to U.S. Attorney’s office in Rapid City. Kistler pleaded not guilty to all charges and a trial date is pending for the ongoing investigation.