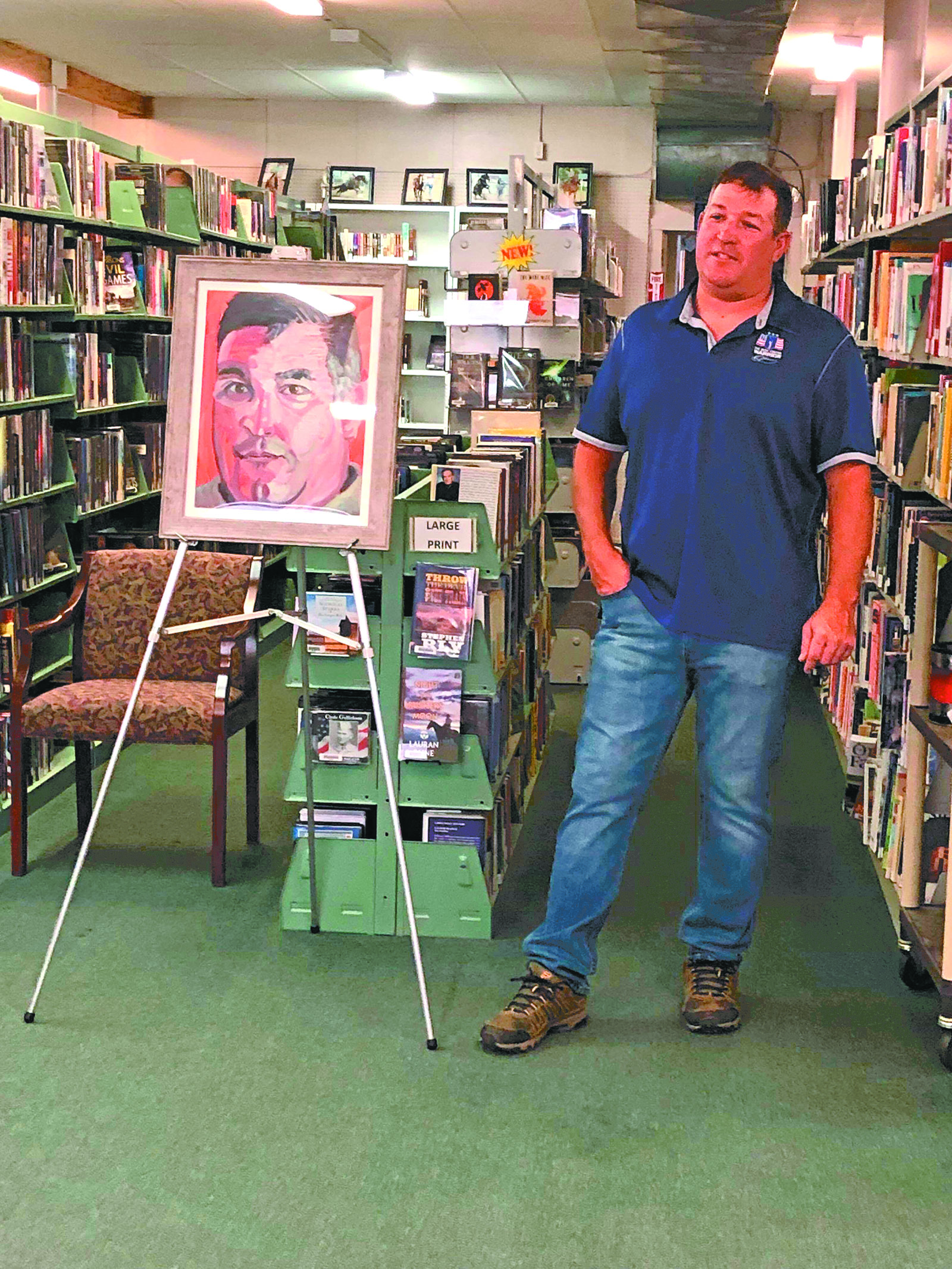 Retired Army Sergeant First Class, Jeremy Henderson speaks at the Edgemont library on July 30 about George Bush’s book “Portraits of Courage,” in which he is featured.

EDGEMONT— This summer, Edgemont had the privilege of hearing from retired Army Sergeant First Class, Jeremy Henderson, who was severely injured during his second deployment to Iraq and part of George Bush’s book Portraits of Courage – a collection of oil paintings and stories by the President honoring the sacrifice and courage of men and women like Henderson.

About 40 people came to the event held on July 30 to have the opportunity to reconnect with Henderson who grew up in Edgemont, hear his story, and see the framed print of the oil painting.

Along with his visible wounds, Henderson also spoke on the invisible wounds of war, like the PTSD he still battles.

“Golf saved my life because it was the one thing I could still do,” Henderson says. He had always loved the game of golf, so as part of his recovery, he started playing again from an adaptive cart which stands you up and let’s you swing and puts you back into the cart. After a couple of years he was stable enough to golf without the cart and began playing more and more.

In 2015, Henderson was selected to play in the Bush Center Warrior Open, which changed many things for him. Having an opportunity to take part in George Bush’s sponsored golf tournament four times on the Bush Ranch he became acquainted with George and Laura Bush which opened the door for him to be part of the “Portraits of Courage” book.

Jane Ann Henderson, Jeremy’s mother, said she is extremely proud of Jeremy for the way he has learned to cope with his injuries.

She is also very grateful to Tina, Jeremy’s ex-wife, for providing excellent care for Jeremy when he was struggling with the difficult healing process, she said.