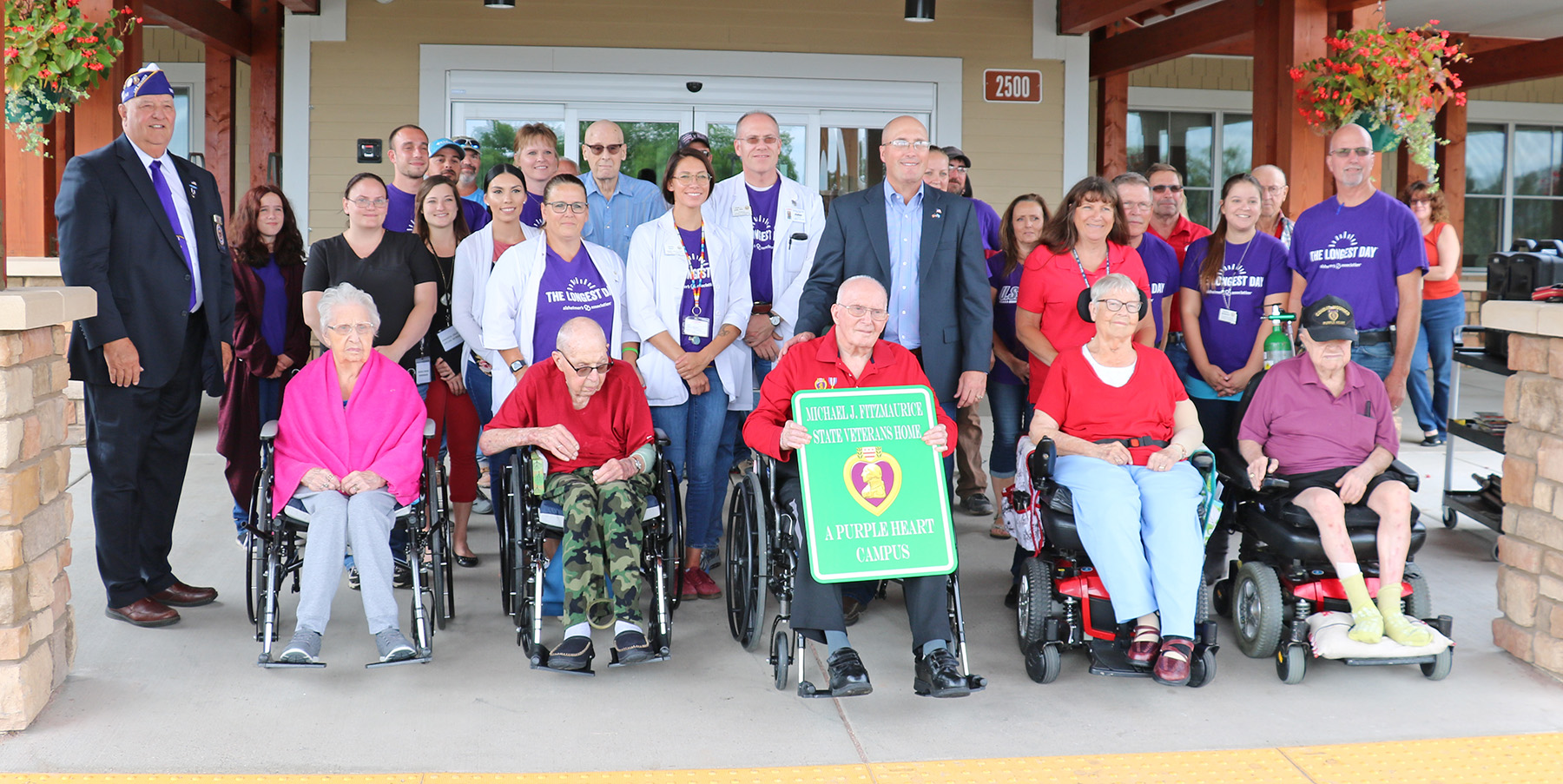 According to the purpleheart.org website, the purpose of the Purple Heart Trail is to create a symbolic and honorary system of roads, highways, bridges, and other monuments that give tribute to the men and women who have been awarded the Purple Heart medal.

The Purple Heart Trail accomplishes this honorary goal by creating a visual reminder to those who use the road system that others have paid a high price for their freedom to travel and live in a free society. Signs placed at various locations annotate those roads and highways where legislation has been passed to designate parts of the national road system as The Purple Heart Trail. The actual format and design of the signs vary from state to state. There are currently designated sections in 45 states as well as Guam.

Conducting the presentation last week was Military Order of Purple Heart - Commander Ken Teunissen and Deputy Secretary of the S.D. Department of Veterans Affairs Aaron Pollard, both of Sioux Falls.

As part of the presentation to signify the State Home as part of the Purple Heart Trail, the institution received a pair of metal signs to hang up on their campus, as well as two Veterans Only parking signs and two Combat Wounded parking signs.

In the audience for the presentation last Friday were two State Home residents who are both Purple Heart recipients from their service in Korea and Vietnam.

SPC William Lovitt was an Army Specialist in Korea serving from 1952-54, for which he was awarded the Purple Heart during his combat service in Korea.

Currently in the state of South Dakota, seven cities are listed on the Purple Heart Trail, including Corsica, Garretson, Mitchell, Parker, Pierre, Rapid City and Sioux Falls. According to State Home Superintendent Col. Brad Richardson, he said Mayor George Kotti has indicated that he would like to see the City of Hot Springs take the necessary steps to be added to the list as well.

South Dakota counties on the trail include Day, Dewey, Grant, Minnehaha and Turner.

Other locations include South Dakota State University in Brookings and some businesses in Sioux Falls, Pierre, Garretson and Mitchell, as well as the Cheyenne River Sioux, Lower Brule and Sisseton-Wahpeton Oyate Lake Traverse Reservations. In addition,  I-90 from the Wyoming to Minnesota borders are also considered Purple Heart Trail Routes.