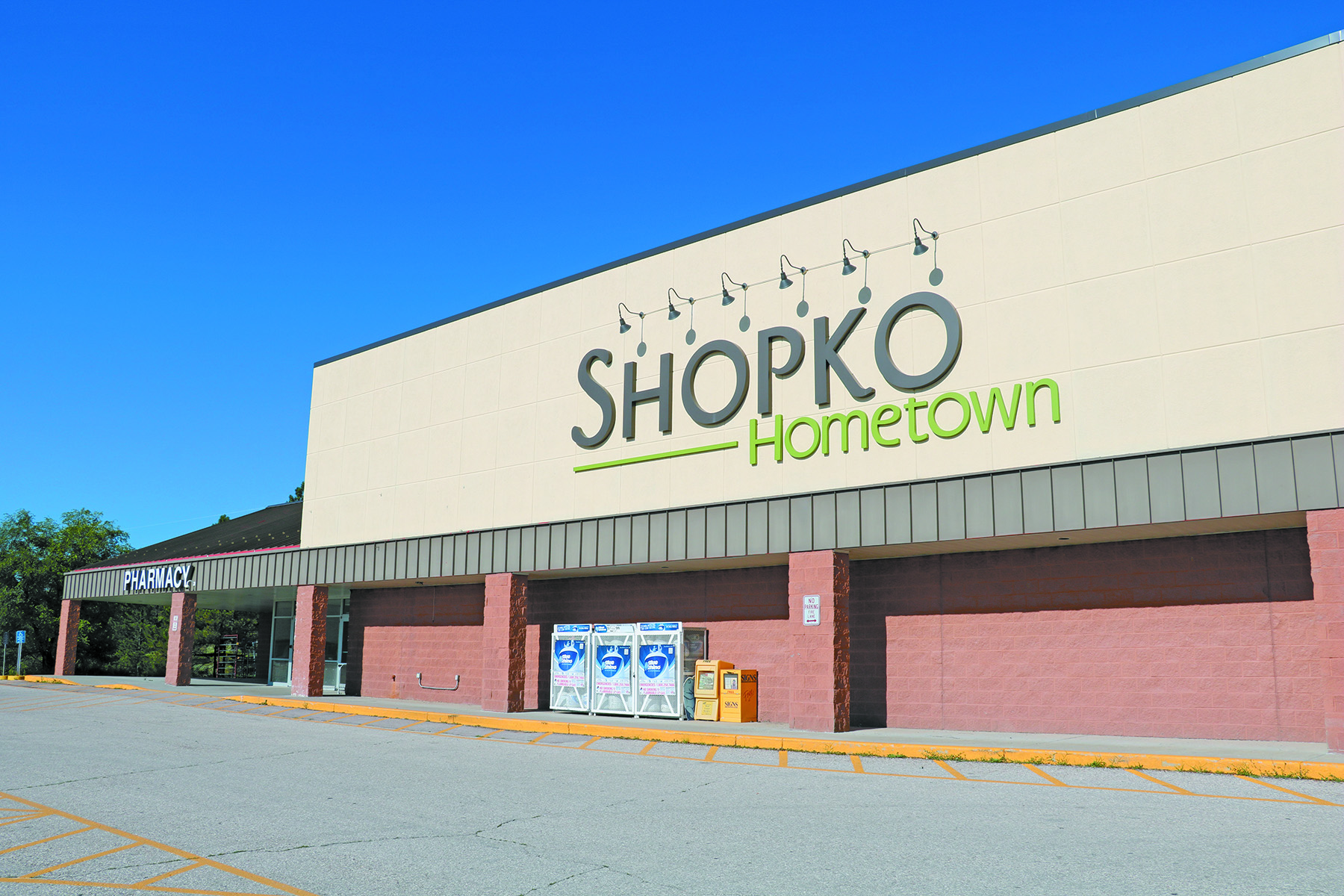 After liquidating their existing inventory, the Shopko Hometown store closed last month and officially ended their lease of the building, locally owned by KGL. On Friday, July 19, the building will be officially sold to Fifth Generation Investments, LLC, which currently operates 86 Bomgaars stores in seven surrounding states.

HOT SPRINGS – Concerns of a 45,000-plus square foot building being left empty after the recent closure of the Shopko Hometown store in Hot Springs were put to rest earlier this week, when it was confirmed that Bomgaars was purchasing the building and opening up a new store by Fall 2019.

Bomgaars is a family-operated general merchandise store specializing in farm and ranch supplies but also carrying a wide range of other products including tools, hardware, exterior paints, lawn and garden, work clothing and footwear.

Vice President of Property Management and Store Development Aaron Bomgaars, who is part of the fourth generation of Bomgaars family members who have been operating the business from the main offices in Sioux City, Iowa, since the late 1940s, said the new Hot Springs store is one of eight total former Shopkos that the company has plans to acquire. Some, he said, are in existing markets and some in new markets. The nearest other new location is the former Shopko in Newcastle, Wyo.

Bomgaars currently operates a total of 86 stores nationwide, all located in the states of South Dakota, Iowa, Minnesota, Nebraska, Wyoming, Colorado and Idaho. The nearest store is in Chadron, Neb., ironically located in the former Pamida building, a company that was acquired by Shopko a few years ago. There are also Bomgaars stores located in Spearfish, Alliance, Neb., and Gillette, Wyo.

Andrea Powers, the Executive Director of the Southern Hills Economic Development Corporation (SHEDCO), said she reached out to Bomgaars this past February, following the announced Chapter 11 Bankruptcy filing by the large retailer Shopko.

An initial January announcement by the company did not mean the immediate closure of the Hot Springs store, only its pharmacy. But a few weeks later, it was determined that all Shopkos nationwide would be closing as a result of the company’s bankruptcy. The Hot Springs location recently completed its liquidation sale and their lease of the building ceased at the end of June.

The Shopko building itself is owned locally by KGL, which is made up of Kelvin Lorenz, Mike and Gloria Ortner, Carl and Carole Oberlitner, Eldon Umiker and Joan Bolln. They built the structure 25 years ago in July 1994 for Pamida, which expanded that year from their downtown location at the corner of South Chicago and Albany. The Pamida chain was later acquired by Sun Capital in 2005 and eventually changed its name to Shopko Hometown a few years after that.

One of the building’s owners, Mike Ortner, said they will officially close on the sale of the building at 1 p.m., this Friday, July 19. Fifth Generation Investments, LLC, is the company which owns the Bomgaars chain, according to Ortner. A web search of the company reveals Aaron Bomgaars as the manager and director, and Torrey Wingert as the company’s agent, with a head office located in Dakota Dunes, S.D.

Ortner stated that SHEDCO was helpful during the initial phase of the negotiations, as they were proactive and provided a lot of useful market information to the buyers, which helped ensure the building did not stay empty for long after the Shopko closure.

“Representatives of Bomgaars drove around the county and recognized that agriculture is a significant industry here,” said Powers, on behalf of SHEDCO. “Having Bomgaars here is a slam dunk for the community as it helps ensure that people can get everything they need here without needing to travel out of town, not to mention the economic impact of preserving the jobs lost by Shopko’s closure.”

Ortner said the Runnings – a similar-styled business to Bomgaars, but based in Marshall, Minn. – was also interested in purchasing the Shopko building early on. He said they however eventually withdrew their interest, as they were too occupied with other Shopko acquisitions elsewhere that were better aligned with their retail strategies in Minnesota and Wisconsin.

“We are extremely pleased that Bomgaars is coming to Hot Springs to be a part of our community,” Ortner said.

In a phone interview on Monday, July 15, Aaron Bomgaars also expressed his company’s pleasure in announcing their plans for Hot Springs. He also said that they had already hired former Hot Springs Shopko Hometown manager Gene Winscott to run their new store in Hot Springs.

Winscott is currently being trained at their store in Alliance, Neb., for his new role.

Aaron Bomgaars said they expect to have a staff of around 20 to 25 employees in Hot Springs, with a goal of being open for business prior to the upcoming holiday season this fall.

A Job Fair is planned for August 6, where he said, any former Shopko employees or anyone else seeking employment, is encouraged to attend. More details will be announced at a later date regarding the Job Fair.