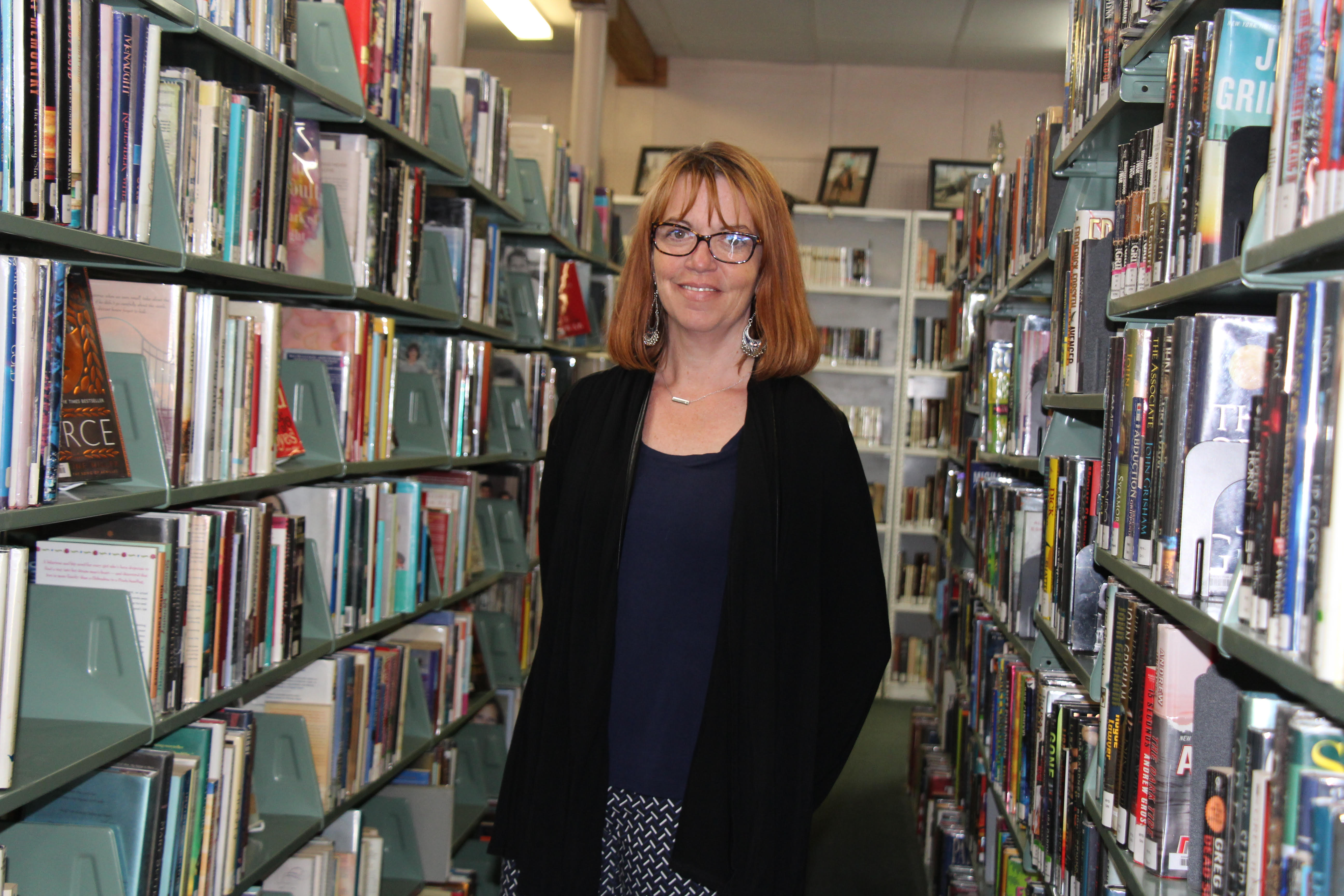 EDGEMONT— New Edgemont City Librarian Stacie Harter is no stranger to Edgemont or to the Public Library. Harter has lived in the community since 2004 and books have been her passion for as long as she can remember. She has served on the Library Board of Trustees until applying for the new Librarian position where she then stepped down from the board upon news of her hire back in May. Harter also spent seven years as the Librarian for Edgemont School. “Until subbing here, and getting this job I didn’t realize how much I had missed it.” Harter said.

Harter took the librarian position on May 8, replacing Sam Miller who had the position since June 2018. Miller left the city’s library position to work as the Edgemont School’s librarian for the upcoming school year, according to Karen Cain, Finance Officer for the City of Edgemont.

Harter, whose current favorite reads include a lot of Amish fiction, said “I’m very excited to have this job. It’s nice to be doing something I love again. It’s like the saying goes, if you find a job you like you’ll never work another day in your life— that’s exactly how I feel about it.”

The Edgemont Library may be over 100 years old but there is nothing outdated about the dreams Harter has to see the library move forward. One of her inspirations is seeing students she met in kindergarten now freshmen in high school coming into the library and still having a passion for reading.

When asked to describe her job — Harter’s eyes began to fill with light and joy explaining just a few of her daily tasks. It’s much more than just helping people checkout books. “It’s everything from reviewing books, teaching a guest how to find information on the computer, to grant writing, it’s knowing our older patrons likes and dislikes and helping them try new things and take new risks, it’s introducing kids to a love of reading.”

Some surprises she’s discovered since taking on this new role is the amount of people who come to the library to check out movies from their wide variety of DVDs, as many people don’t have cable at their homes, Harter explained, as the library serves as a resource of entertainment for them.

Harter said the community might also be surprised to know the library lets people check out cake pans. And like everything else in the library— there is no fee. Just wash them and bring them back when they’re due. That’s part of what Harter says she loves about living in Edgemont. “The small town feel where everyone helps everyone. It’s a good place to raise a family.”

Membership at the library is free for the community and there’s not a lack of things for people to do. The YMCA meets there Mondays and Thursdays from 10:30 a.m. to 11:30 a.m. to read and do crafts and learn. Even kids who aren’t part of the YMCA are encouraged to come as it’s a really fun and interactive time for them. They have a Book Club that meets once a month. Contact the library for dates and times. They have adult coloring going on Monday’s from 1 p.m. to 3 p.m. And they currently have the Summer Reading Program going on and kids are encouraged to participate. They get their name entered into a drawing for prizes for every book they read. Older kids have a chance to win an Amazon Gift Card. Winners of the program get prizes and in August they are planning to do a Pizza and Pool Party.

The library also hosted a planetarium put on by the Journey Museum at the school on Friday, June 21. This was a free event for the community. Harter received a grant for $1,000 that was part of the Summer Reading Program to pay for the planetarium which was in conjunction with this years theme, “Universe of Stories.” There were two 30 minute shows starting at 10:30 a.m. and two 45-minute shows beginning at 1 p.m. Harter said there was a great community turn out to the event.

If you’re looking to get involved in the community the library is a good place to start. They are currently looking to fill two to three openings on the Library Board of Trustees. If you live in town and have a passion for reading Harter encourages you to come to the library to apply. They are also always taking book donations and donations of craft supplies such as paints and construction paper.