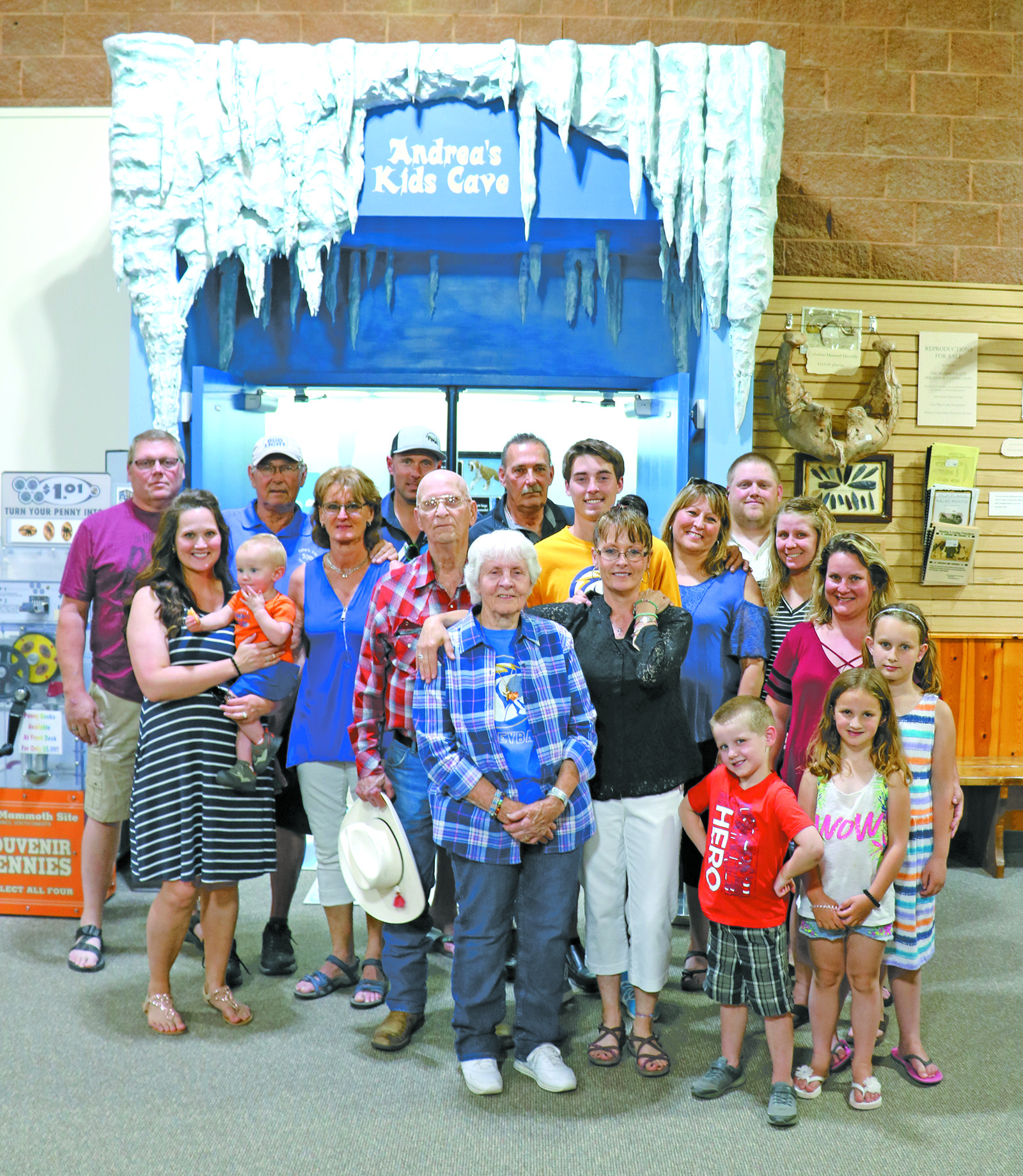 Several members of Andrea Norton’s family gathered at The Mammoth Site this past weekend to take part in the site’s formal dedication of its interactive children’s display, which was renamed “Andrea’s Kids Cave.”

HOT SPRINGS – Prior to her sudden and tragic death this past April while on a school trip to Arkansas with her Briar Cliff University college classmates, Andrea Norton, age 20, of Hot Springs, worked several summers at The Mammoth Site.

Presston Gabel, COO/Business Manager of The Mammoth Site, conducted the ceremony and stated that the Kids Cave now bears the name of Andrea to honor her for all that she did while an employee at the site. He added that the display was recently completely renovated with all new interactive features and was specifically designed to stimulate the senses of children with Autism.

In addition to a sign on the outside of the Kids Cave that features Andrea’s name, there is also a framed photo of Andrea inside, which reads: “The Mammoth Site dedicates this Kid’s Cave to long-time employee Andrea Norton. Andrea played a vital role in visitor services, providing excellent servivce to our guests. The Mammoth Site will forever remember Andra for her warm smile and passion for the Site. Andrea shared her talents with The Mammoth Site while working as an Interpreter I and then being promoted to Interpreter II. She will be greatly missed by her Mammoth Site Family.”

“Our family was so, so blessed yesterday by the Mammoth Site staff at the Dedication of the newly renovated ‘Kids Cave’ in memory of Andrea Norton. Words cannot express how special this is and how impressive the interactive experience is for children. We had several kids attend from ages 1 to about 10 years and they obviously really enjoyed the activities in the cave. It was a very special event. Thank you to all of you that worked so hard and put this together in a very short time. I encourage families to visit the site and check out Andrea’s Kids Cave that will routinely change and grow over time. To all of the family that took time out to attend and take pictures and provide hugs, thank you. We love you all very much!”

In addition to the dedication held at The Mammoth Site this past weekend, Andrea was also honored in another way by a former Mammoth Site worker, Ashley Leger.

Leger was part of a recent excavation in California by a firm known as Cogstone, who was hired by the Los Angeles County Metropolitan Transportation Authoriy to identify and preserve fossils found during subway construction.

According to an online story found at the www.thesource.metro.net, a piece of a horn that is believed to be from an extinct species known as a long-horned bison (Bison latifrons) was recently found during work excavating the future Wilshire/La Cienega Station in eastern Beverly Hills, Calif.

Long-horned bison were significantly larger than modern day bison and are believed to have become extinct toward the end of the most recent Ice Age, about 10,000 to 15,000 years ago.

In honor of Andrea Norton and her relationship with the scientist who found it, the long-horned bison specimen has been nicknamed “Andy” and is undergoing preparation and stabilization work at Cogstone’s laboratory so that it can be studied in detail before its final journey to the Natural History Museum of Los Angeles County.