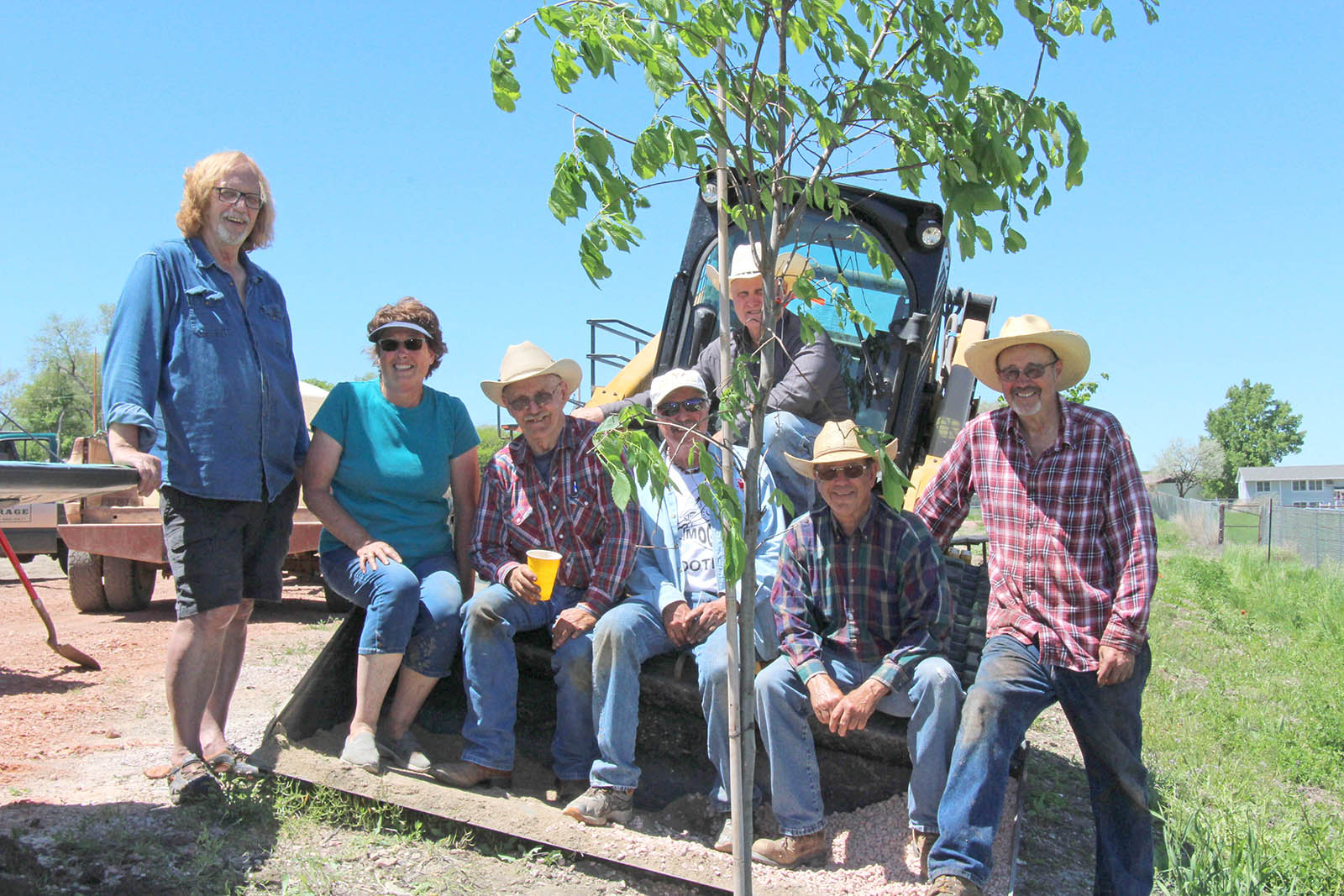 EDGEMONT— The small community of Edgemont has a history of coming together to accomplish mighty tasks. The Cody Barker Memorial Field was such an undertaking.

Cody Barker envisioned a field for students and the community to gather and participate in various sporting events— and while he tragically passed away in a 2017 semi-truck accident before seeing the vision become a reality, some citizens of Edgemont have not forgotten and have committed to finishing what began in the heart of Barker.

The complete renovation of the Edgemont High School football field and track began in May of 2017. One year after his death, on June 21, 2018, the field was dedicated as the Cody Barker Memorial Field. Since that time, there have been many phases to the fields development most of which were only accomplished through the hearts of dedicated volunteers within the community.

Peggy Porter of the Edgemont Community Project says that “Almost all of this has been accomplished with generous donations, donated labor and equipment. Looking back at some of the first pictures taken at the beginning, it is hard to believe what has been done to make this a reality for our school and community.”

The most recent phase of this project was the planting of 17 trees around the field. It took a crew of nine and a full day of labor to see the task accomplished. Trees were purchased through Floral Depot at a discounted rate and owner Richelle Tanner consulted with the team providing valuable information on what types of trees would be most conducive to the environment where they would be planted. They went with the seedless Honey Locust, Elm which is more resistant to disease, and the Linden which provides a dense canopy of shade.

Gravel was placed in the bottom of the hole and then a mix of native soil, sand, and composted manure was used to plant the trees. The following day a smaller crew started installing the wire enclosures around the trees and staking them for stability, according to Porter, taking two partial days to complete. The next step will be covering them with mulch or rock and then installing an irrigation system.

Porter shared a very appreciative and heartfelt sentiment about the project saying, “As is typical in most projects in our community, everyone was willing to help get the job done.  The placement of trees is always viewed as a lasting legacy to future generations, as is the entire facility that has been built now for everyone to use and enjoy. Many visitors are amazed at what has been accomplished through the efforts of our community, not only on this project but several other major undertakings completed over the years.  Everyone here should take pride in jobs well-done that have served to benefit our community.”

They don’t plan on stopping there though, but to continue with the beautification process by working on the landscaping around the announcer stand and concession area, part of which was the placement of new trees. The team felt that planting trees in various locations around the area would provide both shade for the concession area, spectators, and participates as well as beautification for the area.

The last major phase of work to be done is to complete the surfacing of the track. They are not lacking volunteers with heart to help, but funds to complete the project. They are currently focused on fundraising goals to make that happen. The expected cost to asphalt the track surface is estimated between $175,000 to $200,000. They have currently been receiving donations through the Edgemont Alumni Association because they are a non profit organization people can have their donations deducted through. If you would like to donate your time, talent, or resources to helping see the track field cross the finish line, contact Kerry Barker, Carl Shaw, or Tom Porter of Edgemont for more information.