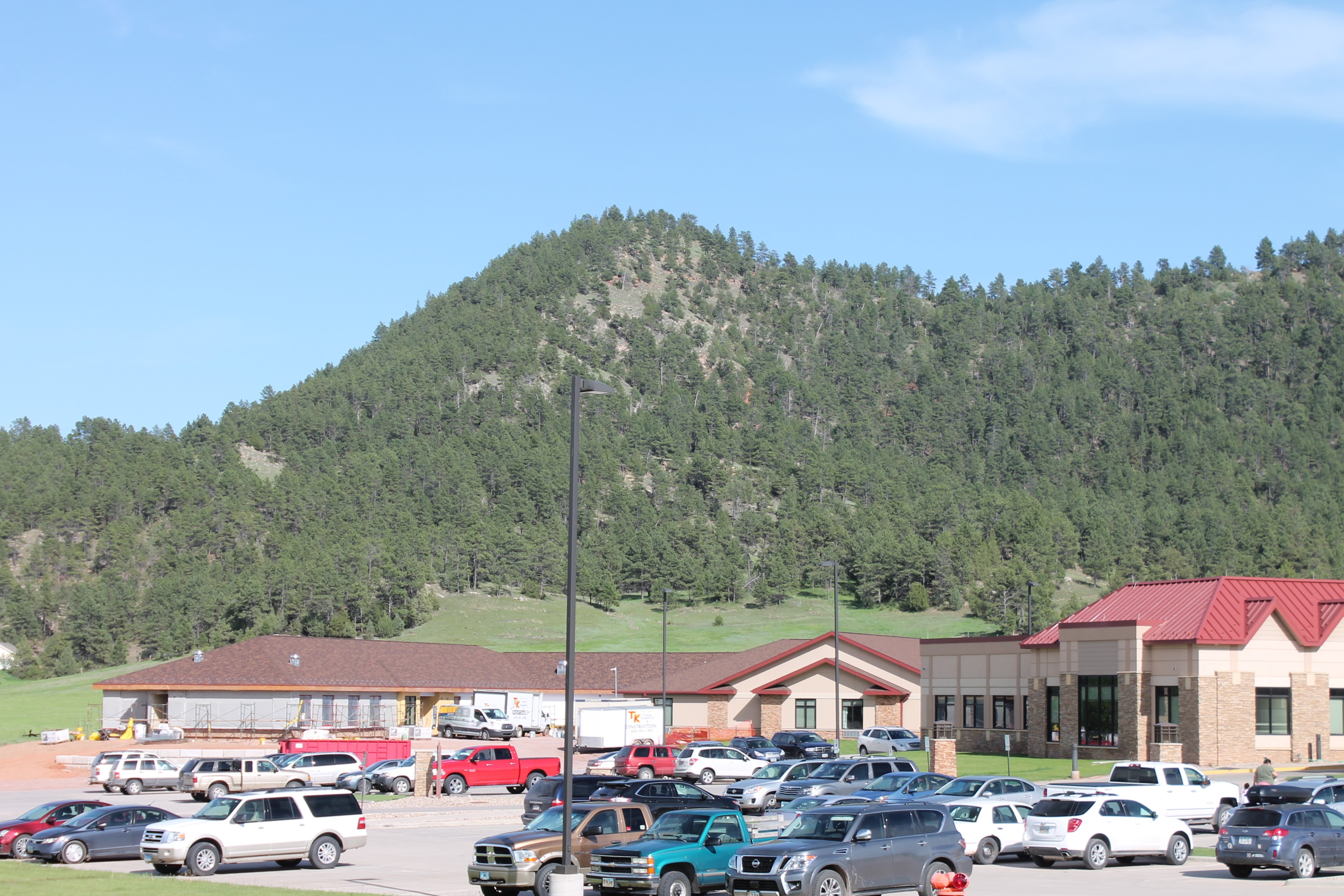 A new entrance that opens directly into the addition to Seven Sisters Living Center will eliminate the need to enter the residential home through the hospital, although that entrance also will remain available. The door is on the south side of the addition facing the hospital. (Photo by Cathy Nelson/Fall River County Herald)

“We planned ahead for the addition,” said Rich Olstad, who is the FRHS Board President. “No upgrades (for utilities) were needed, the footprint was pretty well there, so it made it easier for building.”

In 2014 Seven Sisters opened with 48 licensed beds when the old Castle Manor Nursing Home, that was located next to the old hospital on Sixteenth Street, could be closed and moved into the new building. Olstad said the board had asked the State Department of Health (DOH) if they could add more rooms to make Seven Sisters larger when it was built, but at that time the DOH denied the request.

A moratorium was enacted in South Dakota in 1988 limiting the number of licensed beds that nursing homes can have, and it has been extended five times. Six nursing facilities have closed since 2005 with a total of 248 beds. Then 41 beds were relinquished by existing nursing homes. In 2017 eleven licensed, skilled care nursing beds were allotted to Hot Springs, which was the number submitted in a Request For Proposal by FRHS.

The limit of beds statewide is 8,130. South Dakota has 109 nursing homes, 40 licensed home health care agencies, approximately 170 assisted living and 34 residential living centers, according to a report by the DOH.

The Seven Sisters addition is 7,300 square feet. Besides 11 new rooms for residents, the new wing will have offices, meeting rooms for residents and staff, and a therapy room. CEO Tricia Uhlir said they have applied for a grant for a bariatric bed and are waiting to hear whether they are selected for the grant. The administrator’s office will be near the new front entrance. Access to the nursing home will remain available through the hospital, as well as through the new entrance.

The cost for the new wing is $2.5 million. Olstad said no loans were needed. “We have been saving for the addition,” he said. “South Dakota doesn’t fund nursing homes.”

The 11 new beds will help local residents stay local. “People who’ve lived here all their lives shouldn’t have to live somewhere else when they need nursing care, ” Olstad said.