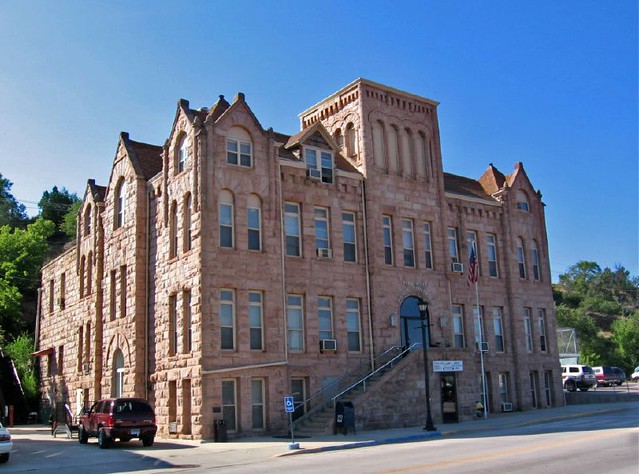 Director of Equalization Susie Hayes said the total factored taxable increase in the county from 2014 to 2019 is $48,775,910. “That is the biggest increase ever, even with reassessment,” she said. “Our factored growth this year is just over $11 million. Both are indicative of the increase of our market and the growth we’re experiencing in the county with all the new construction.”

Commissioner Joe Falkenburg asked what the increase in value in property and homes has been since 2012. Hayes said the increase since 2012 is 49.5 percent.

“People need to realize that we have to keep up with what the sales are in our county,” Commissioner Falkenburg said. “And we have to stay between 80 and 100 percent. We aren’t doing this arbitrarily.”

Commissioner Paul Nabholz asked if the census was correct because it shows that our area is decreasing in population. Hayes said she did not know how the census counts renters versus owners, which could be a factor.

“There’s been a lot of growth at the Lake (Angostura) and a lot of other places, too,” Hayes said. “The county has a huge retirement community, where there are a lot of snowbirds who own second homes.”

“The county is picking up programs for the retired, the veterans who are disabled and the elderly,” Hayes said. “That’s a lot of taxes that get deferred. It’s almost $10 million.”

When State’s Attorney Brian Ahrendt presented his budget request, he said he is concerned about an increase in prosecutions this summer connected with employees of the TransCanada pipeline. The county has already experienced arrests connected with the pipeline, he said.

When VSO Dan Cullen reported on his budget, he said that he gave a presentation at the American Legion in March for veteran benefits. He also filed 170 disability and/or pension claims with the South Dakota State of Veterans Affairs and had over $185,000 of disability or pension awards this quarter.

Also reporting was Peggy Koupal, who said that the Fall River Conservation District is the local agency that works with the United States Department of Agriculture (USDA) Natural Resources Conservation Services (NRCS). The Fall River Conservation District completed two machine plantings, which totaled more than a mile of trees planted and fabric installed. They sold more than 5,500 hand plant trees for replants in existing windbreaks and for new plantings. In 2019, NRCS has 65 active contracts that will bring $1.2 million to producers in the county.

Commissioner Nabholz reported on the letter he received from Judge Pfeifle in regard to employees carrying weapons in the courthouse. Commissioner Nabholz said he was disappointed in the Judge’s requirements that employees who carry weapons in the courthouse have to report their intent to carry to Sheriff Evans, keep their weapons on or within five feet of their persons, and must have an enhanced carry permit. However, Commissioner Nabholz said in a couple weeks he plans to offer a motion that complies with the judge’s requests. “It’s highly restrictive, but it’s better than nothing,” he said. “These restrictions will initially limit the 10 or so employees that indicated an interest in self-protection to the three or so that currently have enhanced permits.”

Commissioner Nabholz also reported that the Custer Fall River Landfill board is attempting to get permission from Caterpillar to rescind the board’s contract to purchase a compactor for $462,000. There is a state grant for $90,000 that can be applied to the cost of a compactor. He said he thought Caterprillar has agreed to rescind the order.

The cause of the Ardmore bridge collapse continues to be a concern for Commissioner Nabholz. He was able to get a copy of the 2018 and 2016 Brosz Engineering inspection reports. He said both reports showed a need to repair a hole in the wall and spillway. He explained the reasons why the bridge had not been repaired, which, he said, according to Brosz, was mainly due to the lack of manpower to do the work. Both Highway Superintendent Randy Seiler and Commissioner Joe Allen said the hole had nothing to do with the bridge collapse. Commissioner Nabholz recommended that whoever is hired to inspect the bridges next year should appear before the commissioners and detail which bridges need repair and what kind of repairs are needed.

In other business the commissioner approved the following items.

• Emergency Management hiring a temporary employee for 90 days or less at $10 an hour, with the SLA paying 50 percent and the county paying 50 percent. Commissioner Nabholz voted “nay” saying he is opposed to hiring additional employees.

• Signing an abatement request for Underwood/Ulmer after it was approved by the City of Hot Springs.