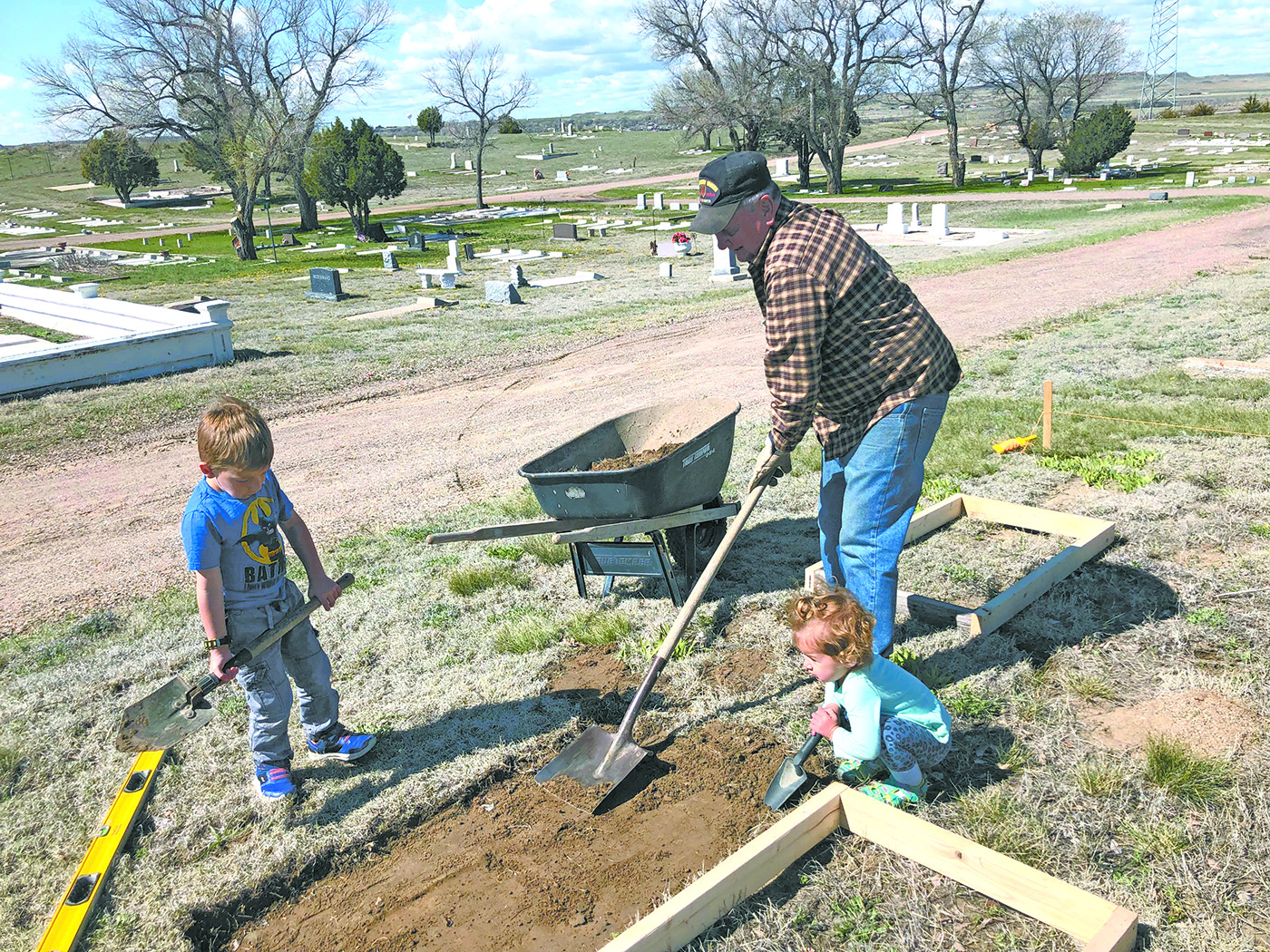 Vietnam Veteran John Michalek of Edgemont, along with Garrett and Jessamine Jones, work to build bench forms at Edgemont Cemetery to honor vets on Memorial Day.

EDGEMONT— The Edgemont American Legion Auxiliary (ALA) is known for going above and beyond to serve military families. Each year on Memorial Day they host a special Memorial Day Service at the cemetery, but in previous years, the group noticed that several elderly attendees were unable to stand throughout the service and would have to stay in their vehicles and watch from a distance.

Something had to be done, according to ALA chaplain and youth director Sandra Woodward.

“Last year the ALA installed the new flag poll at the cemetery and this year their goal was to install new benches before the Memorial Day service being held on May 27 at 10 a.m., Woodward said, adding that it’s important to the ALA that men and women, especially the elderly have a place to sit while we honor those who have paid the ultimate price for our freedom.

“It will be so enjoyable seeing them have a place to sit. Our desire is to pretty up the cemetery so those who want to spend time with their lost loved ones are able to comfortably. Everything we do is for our service members and their families,” said Woodward.

Installing the benches at the cemetery was John and Sue Michalek. They moved to Edgemont in the summer of 2017 and have a heart to be involved as much as possible in their new community.

John served in Vietnam from 1966 to 1967 in the 1st infantry division which saw lots of combat according to his wife Sue. John has been a member of the American Legion for 50 years and was a recipient of the Bronze Star. He also helped build the concession stand at the football field.

According to Woodward, each year on Veterans Day the American Legion Auxiliary holds an annual dinner to raise funds for vets. Receiving only free will donations at the dinner they were able to purchase the benches with the surplus of funds raised through this years dinner.

The American Legion Auxiliary invites the community to attend this year’s Memorial Day service. In honor of those who have made the ultimate sacrifice poppies will be handed out at the gate. The community is encouraged to come.