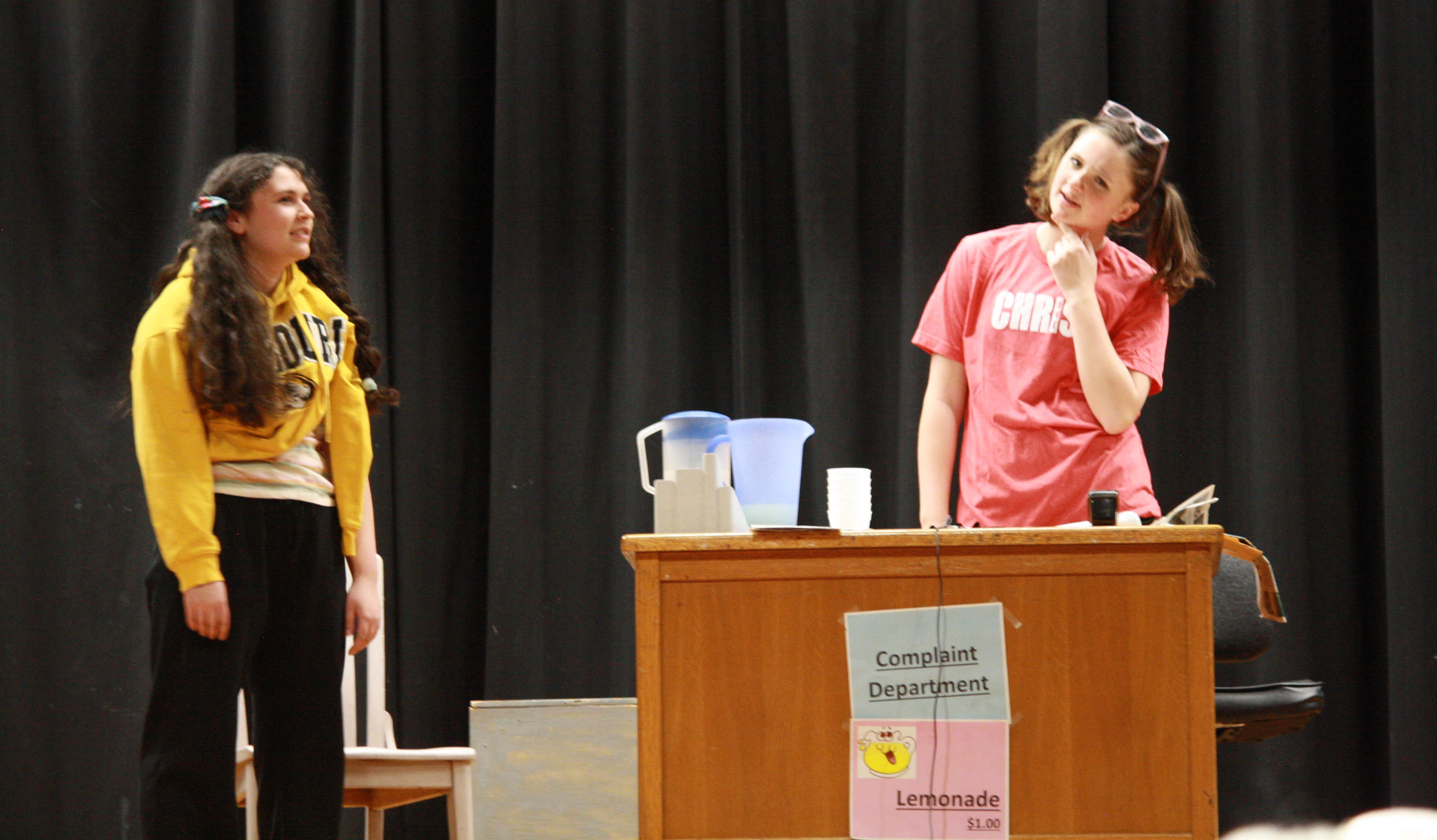 EDGEMONT— On April 15 students of Edgemont lit up the stage for the Jazz Band Concert and One-Act Play titled “The Complaint Department and Lemonade” by Kamron Klitgaard of Pioneer Drama Publishing.

Music Director, Suzanne Hollenbeck who also organizes the school plays said, “I have had a lot of interest in the plays at Edgemont school. We performed a 3 act play in the fall with about 25 kids participating. Students wanted to perform more, so I suggested a one act play. I had 9 kids perform a one-act play. They didn’t really enjoy the early practices, but overall thought it was super fun and would do it again. Hopefully, they will be performing at the Edgemont Theater in the summer.”

“We have performed Jazz music before, but this is the first time that we have had a real Jazz Band instrumentation,” Hollenbeck said. “We had Hunter Hollenbeck who decided to put down the saxophone and take up the bass guitar and Callie Printz broke her wrist and couldn’t play the saxophone, so I put her and Elli Hollenbeck on the piano. This, along with my percussion section gave us a really “cool” rhythm section that you need for Jazz Band.”