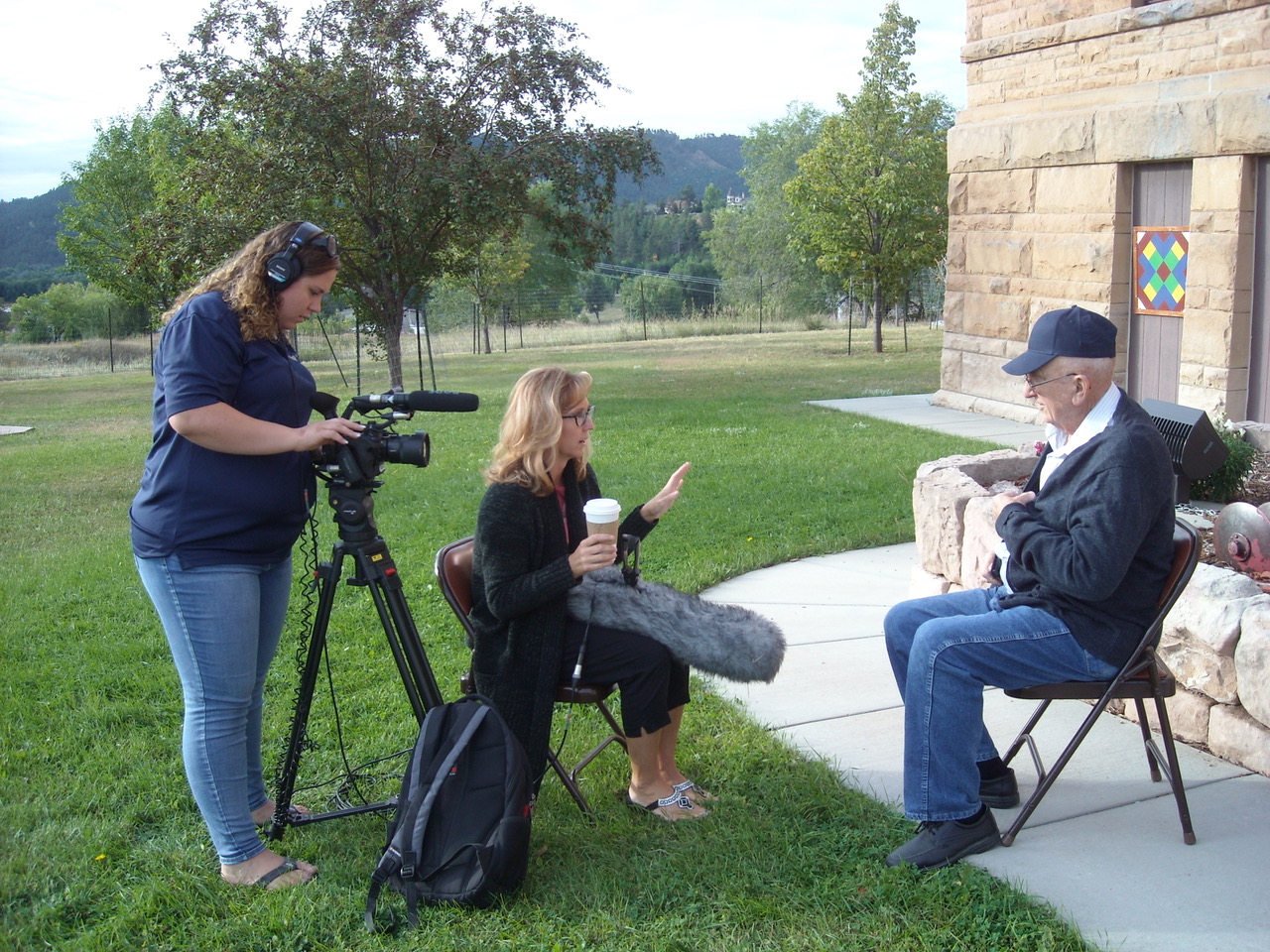 HOT SPRINGS – Once again Hot Springs has shown that this is the place to learn about history. On April 5, South Dakota Public Broadcasting brought the program “Vanished South Dakota: Towns of Yesterday,” to the Hot Springs Theater. Stephanie Rissler, SDPB director of the project said, “Today’s film is a teaser of what will be contained within the final program.   From what we have found so far, Fall River County has the most vanished towns in the state. With around 300 people in attendance here in Hot Springs we can see the topic is of great interest.”

Last September Rissler and SDPB videographer Heather Benson spent two days in the county doing interviews, visiting sites and getting a feel for the area. Wanda Aaberg, manager of the Pioneer Museum in Hot Springs was instrumental in helping to line up interview subjects. Those who came to be interviewed at the museum included Edie Jenniges about Oral, Frank Ferguson, his sister, DeAnn (Ferguson) Reaser and her husband, Glen Reaser who spoke about Smithwick’s early years. During the filming on site in Smithwick, Carol Sides also added to the Smithwick story.  Russell Wyatt was interviewed about growing up near Cascade, working on Angostura Dam and farming near Oral. Rissler and Benson filmed the town of Cascade and talked with Cindy Reed. She and her husband, Marc Lamphere, own and live in the only building left out there—the Allen bank. Provo and Ardmore, as well as other area towns and individuals from  throughout the  Black Hills, are included in the production.

SDPB’s definition of a vanished town is one that now has fewer than 50 residents; some much fewer. Others started out as train sidings where the steam engines had to take on water. Dewey, in Custer County, started out as one such hamlet but enterprising people built a store and had a post office.

Rissler said, “ As I traveled the state I would see old towns, abandoned buildings and I wanted to learn more. After programming consultations, SDPB decided to take this on. Now it appears that it may become a series due to the many towns and communities we have found, and we expect there are others we have yet to discover. The program is in final edits; what was showcased during four days’ showings around the Black Hills in April represents segments that will be in the completed documentary.”

SDPB will present it during their promotional pledge week in August (SDPB.org/vanished). As usual they will have gifts for donors of various levels of giving. One of them is a map created for the occasion. The staff gathered old maps and superimposed them onto others to create a composite map of all of the towns they could find. One level of donor can receive a paper map and a higher level will earn the map adhered to board cutout of the state, making a treasured historical and decorative piece.

“A Facebook page, Vanished South Dakota, is a welcoming page where you can give information on a community or ask questions and learn,” says Rissler. “With your help this endeavor will continue.”