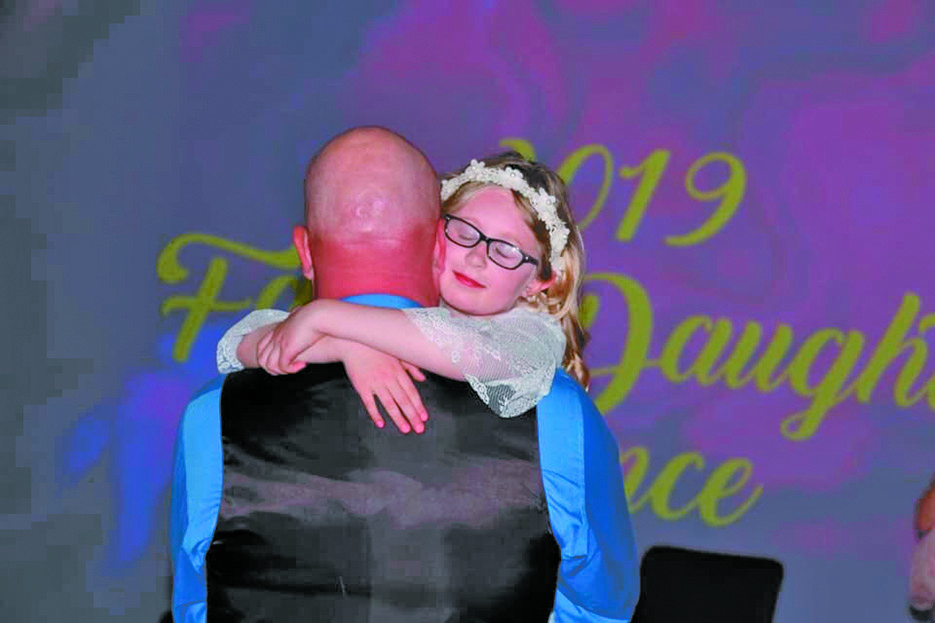 EDGEMONT — Dads and daughters danced the night away and made memories to last a lifetime, last Friday night, April 5, when the Father Daughter Dance was held at Bethel Church in Edgemont.

The Church plans to host this event annually for the community and believes it’s a wonderful opportunity for daughters of all ages to see the way she deserves to be treated and to build up families.

The evening began with a photo shoot as dads helped their daughters pick out a special rose.

Followed by a delicious three course meal catered by Katie Brunson of Sweet and Sassy.

The evening continued with music, games, prizes, an inspiring message to dads and daughters, lots of dancing, fun, and laughter.

Casey Carr of Hot Springs said he found himself getting choked up throughout the night. The father of two girls in attendance who works for the railroad made it off the train, and drove from Gillette, Wyo., to Edgemont just in time to attend the special event with his daughters.

Dads and daughters both expressed gratitude for the dance and look forward with anticipation to next years event.