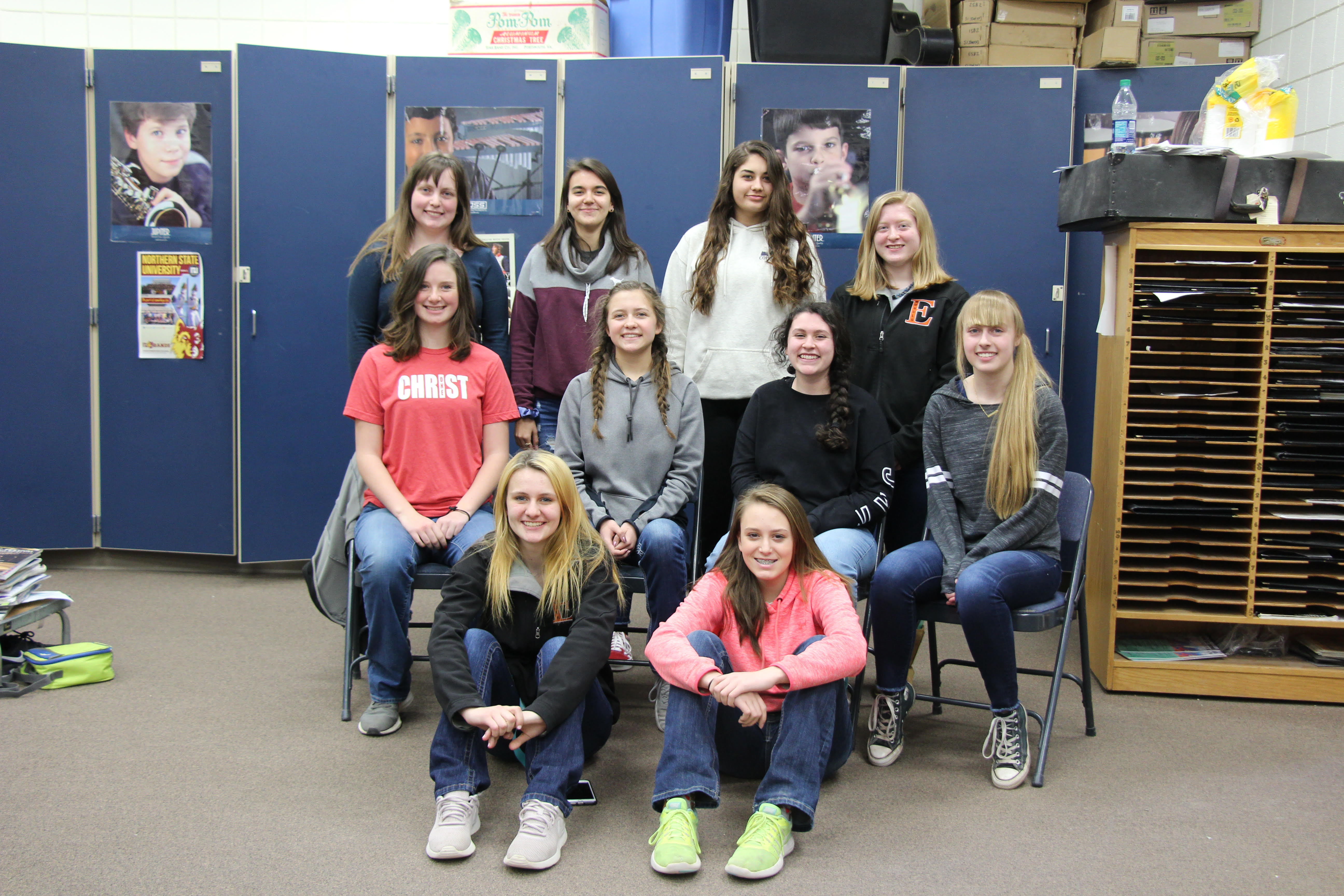 “These kids work hard on their music. Our school and community should be very proud of their accomplishments,” said Edgemont Schools Music Director Suzanne Hollenbeck. “Congratulations to these kids.”

The event offered a variety of opportunities for kids to use their talents, including performing solos, duets, trios, small ensembles, and large group pieces.

Scoring is done by 1 to 2 judges based on points earned for skills such as tone, accuracy, music selection and as well as other categories. The scoring system is separated into 5 divisions, 1 being the best. Most Edgemont students who attended the conference received a 1 or 2 rating.

YMCA director Kelsey Babb who was there to accompany the vocal contestants said of the experience, “I have really enjoyed getting to know the students this year and love being able to accompany them!! They are all talented, I am very impressed with how well they all did and proud I was a part of it.” Of her work with the music students she added, “it’s a great bonus for me to be able to have the time to work with them.”

There were also several individual awards that Edgemont students earned. Sarah Barker received the Outstanding Accomplishment Award for her trumpet solo in the brass division as well as the freshmen/sophomore girls group who received the same aware for the large vocal ensemble division.

Some of the other schools who attended the contest were Crawford, Hay Springs, Hemingford.