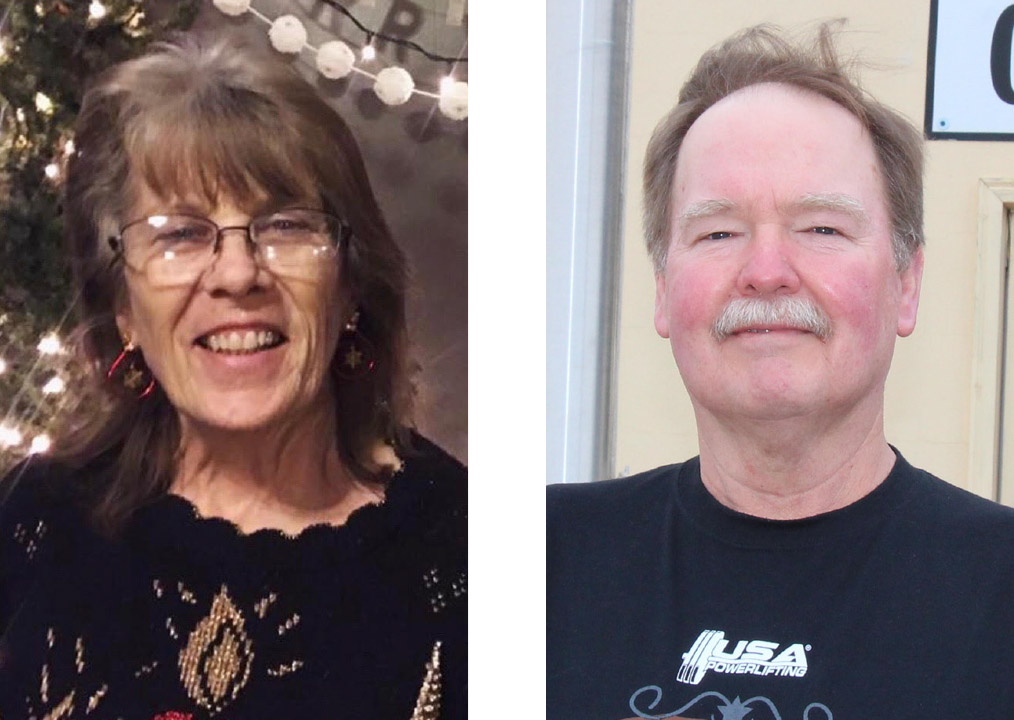 EDGEMONT— The Edgemont municipal election is coming up, and to help you make an informed decision at the polls on April 9, here is some important information about the two candidates for mayor: incumbent Jerry Dibble and challenger Sandra Woodward.

A public election forum will be held on April 4, at 7 p.m., at the Edgemont Senior Center.

Tell our readers a little about yourself:

I was raised in Edgemont by my parents, Ern and Sylvia Dibble. I have two brothers who live elsewhere. I am married to Trudy and we will be celebrating our 43rd anniversary this year.  We have three married children – Chris, Molly, and Teri. We have been blessed with 6 grandkids, Haley, Brady, Cooper, Michael, Jordan and Ella. I am a retired railroad foreman of 41 years. I have been a member of the Edgemont Volunteer Fire Department for 40 years,  being Fire Chief for 8 years. I like to shoot both guns and bow and arrows, golf and my new interest is vegetable gardening.

What skills or talents do you bring to the position of Edgemont’s Mayor, if re-elected?

I am a great listener and I enjoy visiting with the citizens in town. Having worked for the railroad for many years, I had the opportunity to take part in several leadership training classes. This training has helped me be a better foreman and fireman, by realizing that there are many people who have great ideas and talent. I am fortunate to have worked with a variety of people who have broadened my ability to deal with different people and situations. On a personal side my wife and I love to spend time with our kids and grandkids. We also enjoy sportsman activity and traveling.

What are the top two issues that most concern you regarding the City of Edgemont, and how you plan to address them, if elected?

I hope to improve the current water situation. This would include the addition of a second well for Edgemont so that the town has a backup if the main well were to fail. The infrastructure of the city needs to be improved. I feel that to utilize the new water tower effectively, the condition of the water pipes in the city needs to be addressed and improved if needed. Another concern I have is retaining the businesses that Edgemont already has. We are a small town that struggles every day to maintain what we have. I appreciate those business owners who have faithfully served this community for many years and would welcome anyone who wants to have a business in Edgemont.

Tell our readers a little about yourself:

I have two children and six grand children. I have been married fifteen years this year. I am district first Vice President of the American Legion Auxiliary here in Edgemont. I also worked for years in the Baptist youth program. I mow lawns and do housekeeping for residence in Edgemont.

What skills or talents do you bring to the position of Edgemont’s Mayor, if elected?

I recently spent five-and-a-half years as president of the city council in Edgemont. I spent five years as animal control. I was City liaison to Black Hills Louncil of local Government, SHEDCO, and the Edgemont Chamber of Commerce.

What are the top two issues that most concern you regarding the City of Edgemont, and how you plan to address them, if elected?

One of our key issues is our ongoing water project we have one more well to finish. Much of our infrastructure must be repaired and replaced so that we may begin work on our city streets. Our next important issue is economic development. Opportunities for growth in Edgemont are all around us right now, and I believe if we work together as a community we can see some of these opportunities. I look forward to working with Edgemont for a brighter future if you will have me as your Mayor.