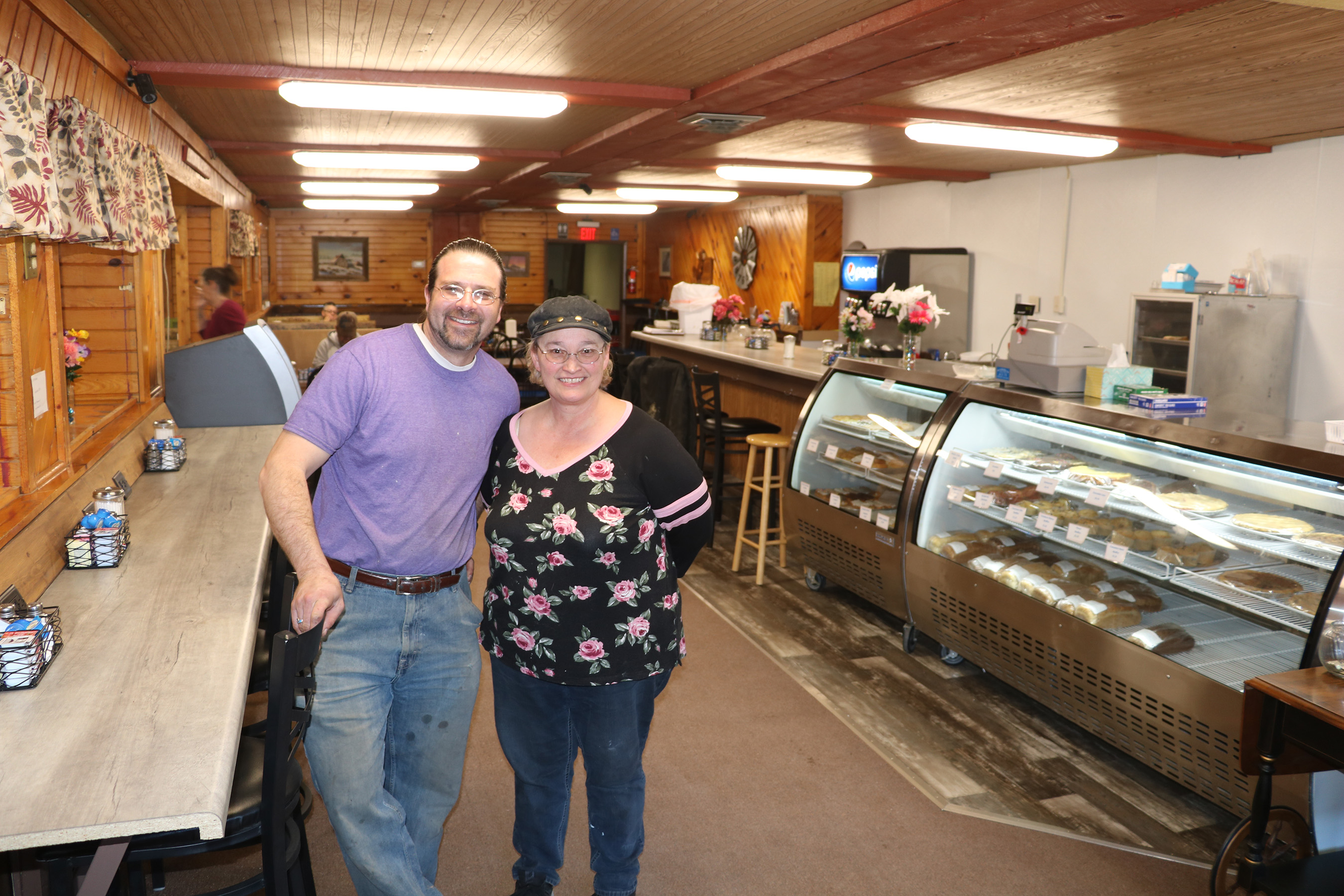 Hot Springs building owner Braniff Smith, left, and restaurateur Diane Browder stand together inside the former JP’s pizza parlor/bar that has now been transformed into a “bright and cheery” dining establishment Daily Bread & Heaven Scent Bakery, which was located just down the street on North River.

HOT SPRINGS – Any food lover knows that the key to a great dish is the proper blending of the right ingredients and at the right time.

Property owner Braniff Smith and cook/baker Diane Browder are both hoping the same holds true in the restaurant business as they recently came together for a blending of their own talents to not only mutually benefit one another, but also the community of Hot Springs.

For the past three years, Browder has operated the restaurant Daily Bread on North River Street in downtown Hot Springs, but that’s far from her first taste of the restaurant business in Fall River County.

When she moved to the Southern Black Hills in the fall of 2004, she opened Trailhead Cafe in Edgemont (now Loads of Fun Laundromat) and ran that for nearly four years. After moving to Hot Springs a couple of years later, she operated the Fall River Bakery for more than three years. Later, she began working for the owners of the former Mexican restaurant Buen Dia (now Pistol Patty’s) for a short time before ultimately moving just down the street into the former VFW building to run the new Daily Bread.

Smith, meanwhile, has not resided in Hot Springs nearly that long, but has lived much of life in Rapid City before deciding to make the move south to Hot Springs in January 2017.

Trained in the insurance business, but also a self-proclaimed “honey-do handyman,” Smith decided this past November to become a downtown building owner and put his skills of remodeling and construction to work in the form of purchasing and fixing up the former JP’s building (a.k.a. Yogi’s Den for the longtime residents of Hot Springs).

After purchasing the JP’s building, Smith said he asked his friend Browder to consider moving her restaurant there. As luck would have it, Browder’s landlord Steve Nothdurft had recently made her aware that he was planning to sell the building. Uncertain of her future at 431 N. River Street, Browder decided to get on board with Smith and float downstream to 627 N. River.

The two then worked together to design a soft remodel of the space, including new lighting and new flooring.

“Its now bright and cheery, with the dark hole of the bar, no longer,” smiled Smith, who is very pleased with the way it turned out. He added that when you walk in, one is still reminded of the layout of the former bar, but the atmosphere itself has been completely transformed.

The long bar that was once a main feature of the former lounge atmosphere has been shortened to allow for a glass display case of baked goods along with a cash register check-out, but a portion still remains for “countertop seating.” The former bar stage is now a waitress station, while the bathrooms and kitchen have also been cleaned up and updated.

Browder is also very pleased with her restaurant’s new home. She said the new location has a number advantages, including being closer to places like the Evans Apartments which opens up the possibility of doing food deliveries to residents there. With Golden West just out their back door, the VA Medical Center up the grand stair case and the Fall River County Courthouse just down the street, she said they may also be able to do some lunch deliveries to those large employers as well.

When it comes to tourists in the summertime, they are also now just across the street from the Depot Visitors Center.

Another big advantage of the move is increased parking in the back, as well as across the street near the Depot. And with the planned downtown reconstruction of Hwy. 385 in the near future, Browder says people will now hopefully be able to get to them easier during the construction.

All of Browder’s popular breakfast and lunch items her customers were accustomed to enjoying at her previous location will continue to be found in her new location as well. She said that they will likely be adding some new items to the menu at a later date. Browder’s  bakery items will be available as well, as is noted in her new sign out front, which highlights “Heaven Scent Bakery” in addition to “Daily Bread.”

While the layout and look of the restaurant is very different, the overall space is about the  same, with a seating capacity of 98.

Browder says she employs up to 15 people in the summer, with 8-10 employees throughout rest of the year including four to five full-time.

The Daily Bread’s hours of operation are Sunday through Friday from 6 a.m. to 2 p.m., and closed on Saturdays.