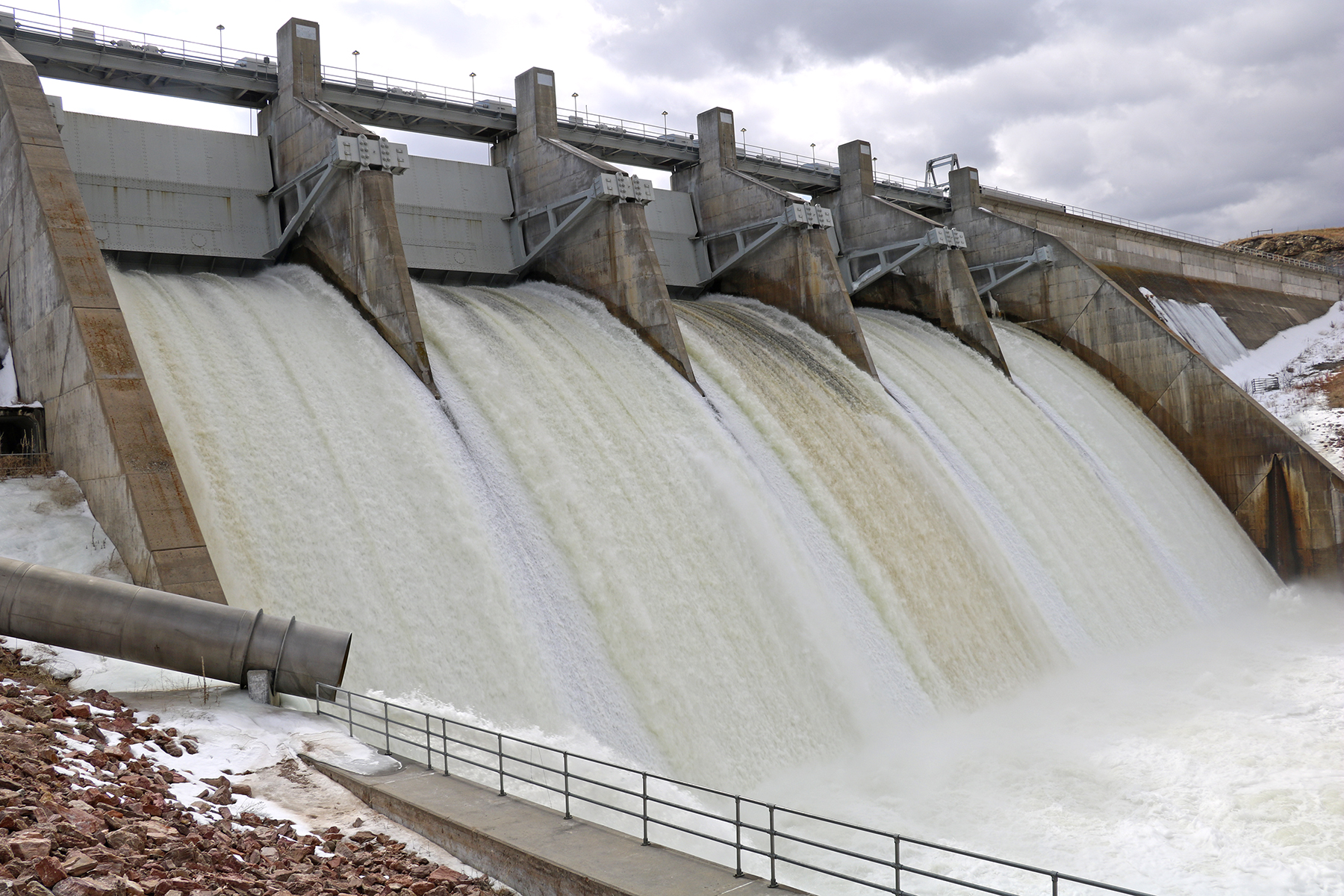 PHOTO CUTLINE: Water rushes out of all five gates on Angostura Dam on Tuesday, March 19.

HOT SPRINGS – Due to ever-rising inflows of water into Angostura Reservoir, the dam is now releasing just over 5,500 cfs of water down the Cheyenne River in anticipation of even more water on its way.

Mick Jenniges with the Angostura Irrigation District said they began releasing 1,500 cfs of water through the dam gates on Friday with the goal of equalizing the outflow to the inflow from such tributaries as Hat Creek, Horsehead and the Cheyenne Rivers. But over the weekend, it was clear they were losing ground quickly so they upped it to 4,000 cfs by Monday.

“We're being told that we haven't seen the highest amount of inflows yet, so at this point, we're trying to make more room,” Jenniges said, while adding that they will continue to monitor the situation and adjust as needed.

Jenniges said they do not like to have to let water out of the reservoir due to the havoc is causes downstream, and likely adding to the problems ranchers are already facing. But without a spillway or some other means of releasing water, they don't have a choice, he said.

Last year, Angostura Reservoir found themselves in a similar situation and were faced with the need to release water as well. The difference however is that it was much later in the spring and due to heavy spring rains and runoff from further upstream.

The most water at any one time they were releasing through the gates last year was 4,570 cfs, which took place on June 2, 2018 – about 1,000 cfs less than is being released right now.