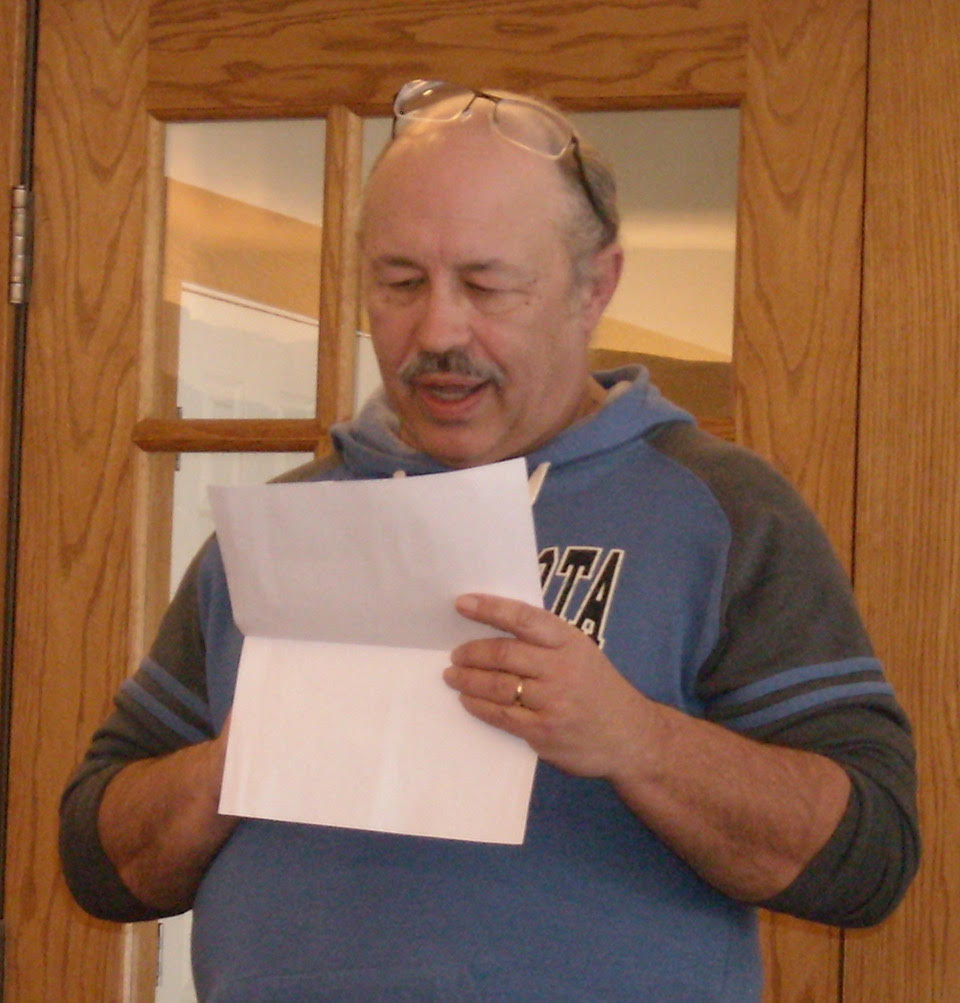 HOT SPRINGS - “It seems that every age produces the men needed for that period…” wrote E.T. “Doc” Peirce in 1920 and recorded in the Hot Springs Star newspaper at that time, and Cal Larive is a good example of that now, nearly 100 years later.

Cal’s speech at the Jedediah Smith Corral of Westerners International luncheon Feb. 22 was on E.T. “Doc” Peirce. “An amazing character,” as Cal puts it, “who was once a barber on Minnekahta Avenue. The ‘Doc’ part of Peirce’s name was added because of the fact that during those times, barbers sometimes were called upon to double as doctors just because their shaving razor was the sharpest knife in town!”

Cal, raised and tied to the Hot Springs community all his life, developed a passion for the local history of the area years ago while researching the history of the old sand-stone buildings for his Hot Springs History magazine he has compiled and presented free to the public for the past several years.

“History is like gold,” Cal remarks, ”you never know where you are going to find it.”

Cal spoke how Ellis T. (Doc) Peirce, born in Pennsylvania, was only one of four union Calvary survivors during a Civil War battle with Quantrill’s Raiders in Missouri, and came to this area around 1876, ending up being a barber here and writing articles for the newspaper about his experiences. One of Peirce’s experiences Cal elaborated on during his speech was about a flood that hit Hot Springs, actually reading what Peirce wrote in his newspaper article those many years ago, recounting the flood, where a number of people drowned and others gave eye-witness accounts.

But it was Peirce’s wit and humor that most shone through in Cal’s account of the man, and as Joe Koller, another Fall County local wrote about Doc Peirce, ‘He was remembered as a barber, a lawman, a prospector, a legislator, and practical joker. Wit and humor were his stock and trade.’

Cal also passed out copies of interesting information and historical material he had compiled to the audience before he spoke - information that was comprised mostly of old newspaper articles Peirce wrote for the Hot Springs Star back in the late 1800s and early 1900s. One of the articles focused on ‘Big Bat’ and ‘Little Bat’, half-breed brothers and valorous scouts who were characters of the times; ‘Little Bat’ dying in a salon brawl in Nebraska, and ‘Big Bat’ last known living on the Pine Ridge Indian Reservation in late 1800’s. Another interesting tidbit of information included in the historical handouts provided by Cal at the Westerners luncheon was that back in those days, before sirens, rapid fire of a handgun was the signal used to alert the public to mass for some impending trouble or also a kind of S.O.S.

“There’s a wealth of history in the Hot Springs area people are digging up all the time,” Cal heartily remarks, “you never know where another interesting piece of history is going to come from next!”

One thing is for sure is that Cal Larive will be one of those digging for that history, and possibly more importantly, sharing it freely to anyone interested - either by word of mouth or in his History magazine that will come out in late spring/early summer at distribution points in local business’s and such.