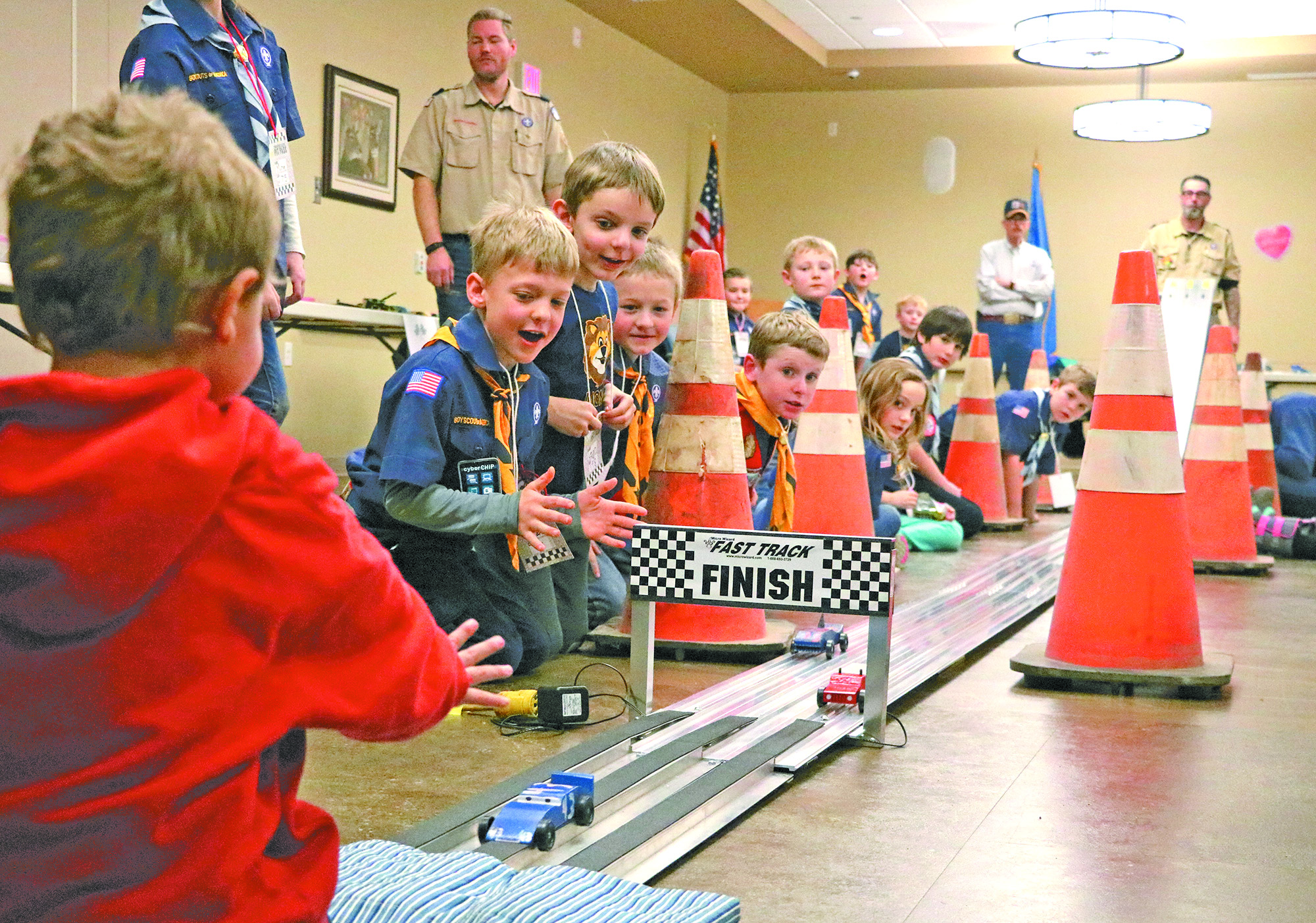 The evening began with a potluck for the racers and their families. After that there was balloting for the People’s Choice Top Design which went to Colton Osbourn.

The races consisted of five groups of three racers per group, randomly drawn and placed. Each group ran three heats in alternating lanes to determine the group’s winner. The group winners advanced to the semifinals.

The finals were made up of the two semifinal winners, and a run-off between the two semi-final runner-ups. After the grand championship brackets, races were held for each individual Den to crown their Champions.

The Pack Grand Champion was John DeVore followed by Carter Walz in second place and Emma Pruess in third place.

Winners from Pack 22 will be allowed to participate in the Council’s Pinewood Derby Competition the first weekend in March.

After the official races were complete, the track was available for racing of siblings, parents, and also open to Scouting alumni and other members of the public who had brought a car.

Bob Preuss with Cub Scout Pack 22 said they would like to thank the State Vets Home for once again hosting the Pinewood Derby, and also thank all who came and enjoyed an evening of one of Cub Scouting’s signature events.