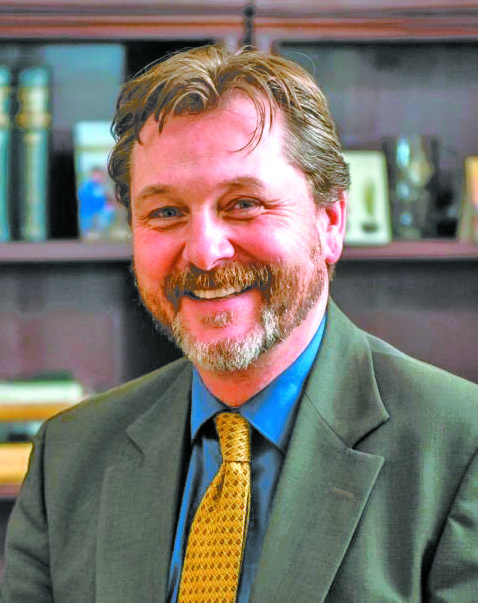 “I am delaying the effective date of the resignation to ensure a smooth transition and ensure minimal disruption to the victims and the court process,” Sword said in this letter.

The remainder of his 2 1/2 page letter stated how proud he was to serve as the Fall River County States Attorney and highlighted some of his accomplishments over the past 10-plus years he served in the position. He said he was especially proud of how he made protecting women and children a priority during his tenure and that he was also proud of the cases he did not have to prosecute, including those against local businesses for not paying property taxes. “I haven’t had one of these types of prosecutions in years,” he said.

When reached by telephone for comment last week, Sword would not state a reason for his resignation but confirmed that he plans to remain in town and serve clients at his private practice through his Sword & Ahrendt Law Office in downtown Hot Springs.

In his letter, Sword cited South Dakota Codified Law which says the Fall River County Commissioners will appoint his replacement.

At their regular Jan. 22 meeting, it was on the agenda of the County Commissioners to accept the resignation and then discuss in executive session how to proceed in filling the position. According to Auditor Sue Ganje, she believed that the most likely scenario would see the commissioners put out a request to those interested in being considered to take over the position. The commissioners would then appoint someone to fulfill the remainder of Sword’s four-year term, which expires at the end of 2020.

Tim Bormann, the Chief of Staff for newly elected South Dakota Attorney General Jason Ravnsborg, confirmed by telephone last week that current Deputy States Attorney Brian Ahrendt will remain in his position for the time being but may also choose to throw his hat in the ring for consideration to be named the new States Attorney.

Sword was first elected to the position of Fall River County States Attorney in 2008, after incumbent Lance Russell chose not to run for re-election. In that 2008 race, Sword ran as a Democrat and defeated Independent Candidate Kari Nordstrom. Sword was not opposed in the 2012 race and earned the position without an election.

In 2016, Sword switched his affiliation to the Republican ticket and defeated his former Deputy States Attorney, Democrat Pat Ginsbach, whom Sword fired from that position the day before the Nov. 8, 2016 election day.

Looking ahead to the future, Sword said many challenges will face the county, including how the legislature has changed the criminal justice statutes to remove the penitentiary as a sentencing option in most cases, which he said has filled the local jail. He said methamphetamine use is also sweeping through rural South Dakota.

“My information is that the opioid epidemic is on our doorstep and will be here soon,” Sword stated in his letter.