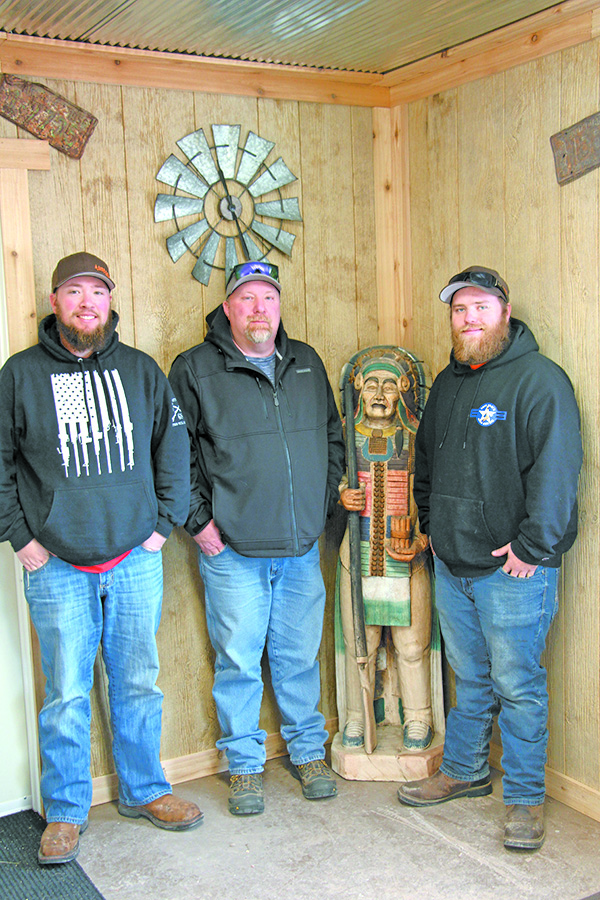 EDGEMONT - “We’re number one,” joked Nik Bennett, about their vehicle and trailer dealership – Bennett’s Auto Solutions – just outside of Edgemont on Highway 18, across from the fairgrounds. Of course they are the only one currently in town, but as Savanna Simmons, an ag writer from the area who travels the back roads put it, “It’s nice to have a truck dealership in a community of this size.”

The dealership is family owned and operated by Shane Bennett (with over 30 years experience as a licensed dealer) and his two sons, Bret and Nik, who grew up in the business. “We specialize in higher mileage trucks that a working man can afford,” stated Bret Bennett. “We drive what we sell.” Bret added, who drives a 2008 Ram pickup that has over 650,000 miles.

“We love it here.” The Bennett family are Colorado natives, but got tired of the changing atmosphere there and wanted to get back to a farming community like they grew up in with a slower pace of life. “We’re old school and like to do business on a handshake. We grew up in a small town and that’s the way we like it.” Bret mentioned. Nik added, “Our word means a lot.”

The Bennett’s dealership has been open since this past November and already they have plans to open another location in Hot Springs that will specialize in motorcycles, A.T.V.’ s, S.U.V.’s,  ‘Side by Sides’, and cars. The new location will be at 641 N. River Street in Hot Springs and plans to open in March. Eventually the dealership in Edgemont will be almost exclusively for used trucks and trailers.

‘Hi’ and look around. He added that he also brokers vehicles, and will find what people want if he doesn’t have it.

Pictured from left: Bret, Shane, and Nik Bennett shown here in their office with “Kaw-liga,” a wooden Indian made back in 1950, and was the property of Shane’s dad, a mechanic for over 50 years, who named the wooden Indian after his favorite song, “Kaw-liga” by Hank Williams Sr. BELOW: The Bennett’s Auto Solutions lot located across Hwy. 18 from the Fall River County Fairgrounds near Edgemont.