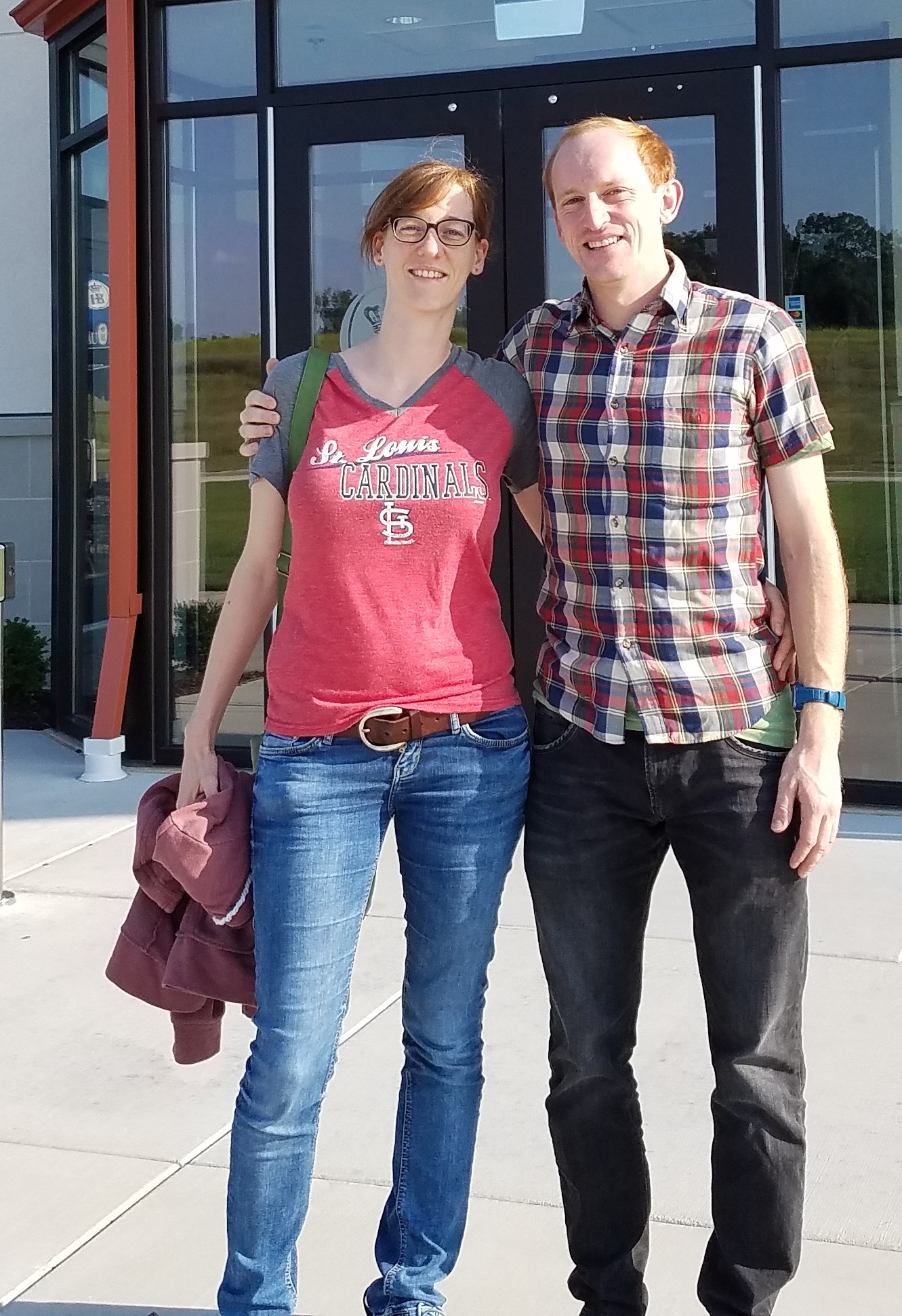 HOT SPRINGS – New Pastor at St. John’s Lutheran Church Sam Kost, age 28, said he is enjoying his time settling in to his new surroundings in the Southern Black Hills.

Growing up in and around the big city of St. Louis, Mo., the slower pace and decreased traffic has been a bit of an adjustment for him however, but being a fan of outdoor activities, its an adjustment he is looking forward to.

This is Kost’s first church in which he has served as Pastor, following his recent graduation from Wartburg Seminary in Dubuque, Iowa. He is the middle sibling of three, with an older brother and younger sister who are both engineers, he said.

Moving to South Dakota this past September was the third time Kost had ever stepped foot in the state, he said, but added that he is excited to begin setting down roots here with his fiance Linda, whom he met while training abroad in Germany. Linda is from Germany and attended the same seminary school as Kost. The two will be getting married in February in St. Louis, but she still has more education ahead of her before she can begin working.

In addition to looking forward to enjoying the cycling, hiking and camping of the area, Kost, who is also a musician, said he is also very excited about some new things planned at the church in the coming year.

“St John’s is looking to get together a monthly worship night next year to showcase music/choirs from local churches,” Kost said. “We’re still in the very preliminary phases at this point, though.”

Kost replaced Pastor Dwayne Hunzeker who retired in June 2017 after serving as the pastor of St. James for eight years. Dwayne and his wife Kathleen still live in the area, after building a home near Buffalo Gap. During the 13 months between when Pastor Hunzeker retired and when the Pastor Kost started in September, the church was led by Interim Pastor Art Weitschat, who was a member of the church previously but stepped in to help out until a permanent replacement could be found.

Church leader Sandy Ferguson said the congregation was very blessed and thankful to have had Pastor Weitschat available to step in and lead the church over the past several months. Likewise, she said the congregation is thrilled to have Pastor Kost and his soon-to-be-wife Linda joining them in Hot Springs. She said he has been a lot of places and brings with him many new ideas.

“He’s a breath of fresh air,” Ferguson happily said, while also describing him as thoughtful and very friendly and someone who is going to fit right into the outdoor lifestyle of the Southern Black Hills.

A ‘Meet and Greet’ is planned at the church for January where the public will be invited to stop out and meet the new pastor. Watch for more details after the holidays.

New St. John’s Lutheran Pastor Sam Kost poses with his fiance Linda. The two will be getting married in St. Louis in Febuary 2019. Kost began at St. John’s this past September.