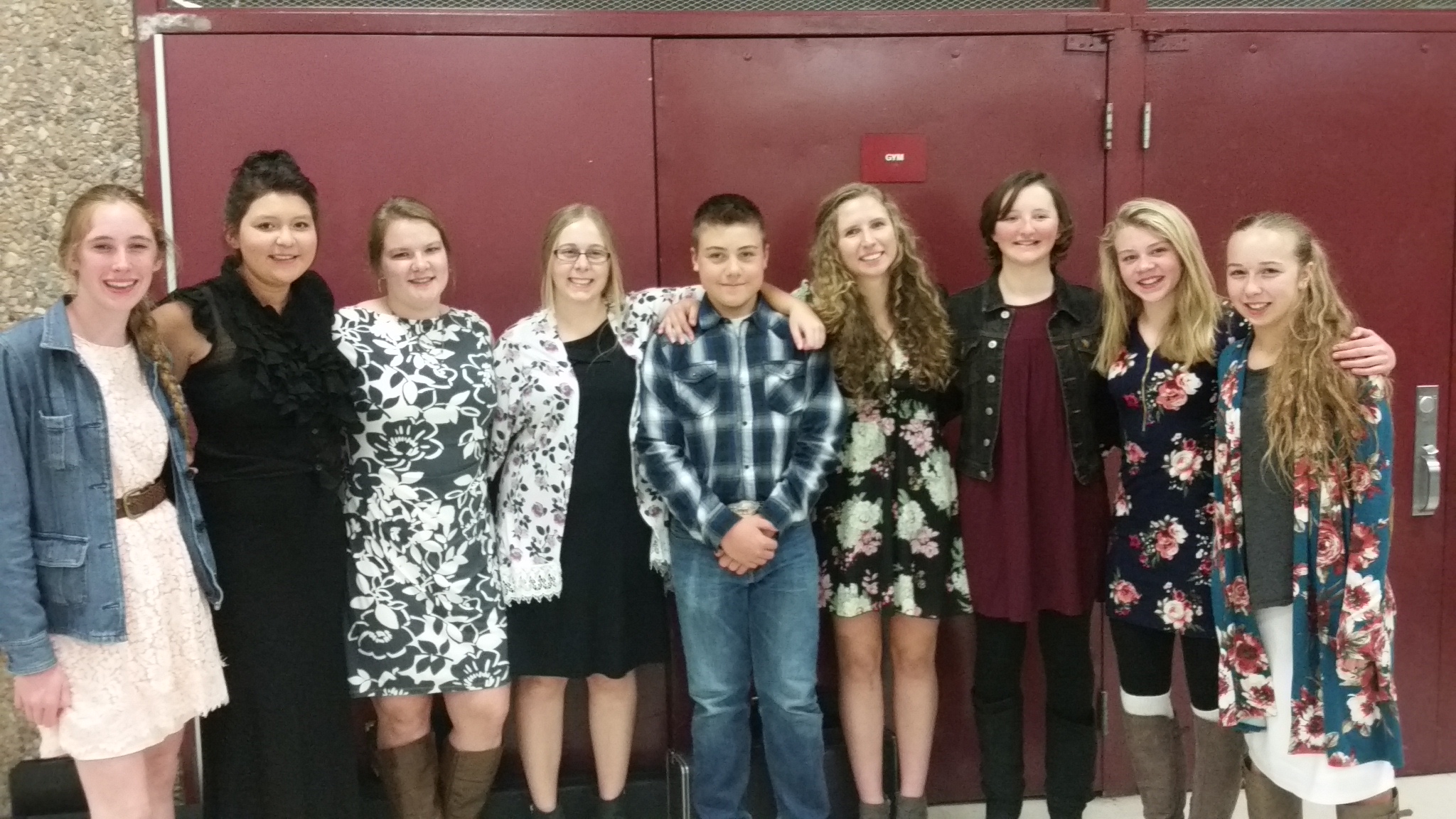 The 26th annual Honors Band event was hosted by Black Hills State University and featured students from throughout the area who were nominated by their teachers and chosen by BHSU faculty.

According to Edgemont Music Director Suzanne Hollenbeck, the students spent all day Tuesday rehearsing and then performed a concert that night. Dr. Christopher Hahn, a professor at BHSU, directed the Middle School Band and Dave Martinson directed the High School Band.