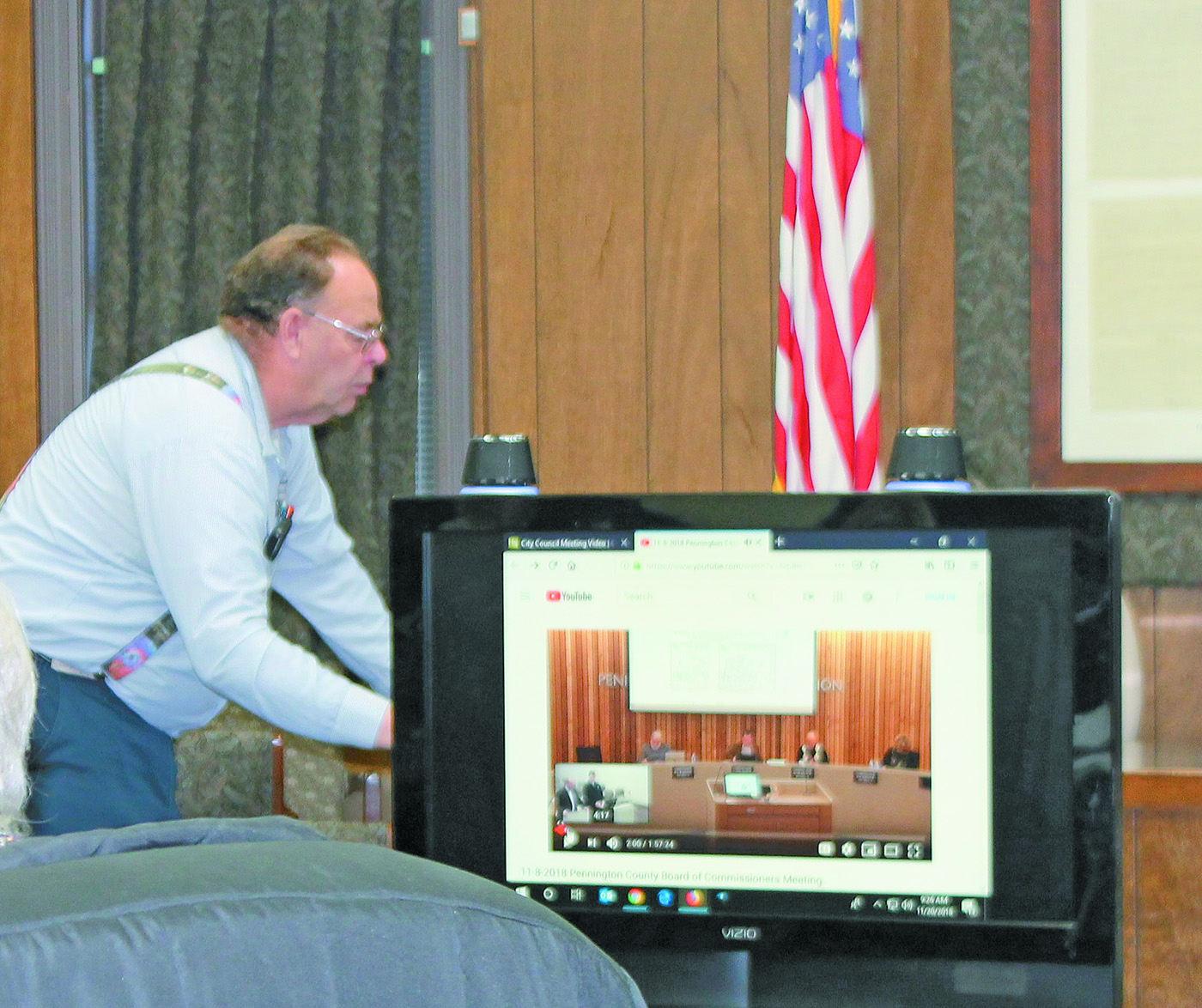 HOT SPRINGS – The Fall River County Commissioners approved purchasing audio and visual (AV) equipment from Haggerty’s in Rapid City for recording their commission meetings that are held on the first and third Tuesdays of each month in the county’s courtroom. Initiated measure 18-01, an ordinance to record Fall River County commission meetings, received a favorable 76 percent of the votes in the November 6 General Election.

Maintenance Supervisor Lyle Jensen showed the commissioners examples of different types of recording equipment used by Pennington County, the City of Hot Springs and the City of Edgemont. The equipment can run from the simple to the sophisticated.

The commissioners approved equipment that includes two cameras, seven microphones, a computer, a sound board and mixer, and a travel case. “The equipment will need to be packed up and taken out (of the courtroom) on court days, so it has to be portable,” Jensen said. “No recordings are allowed in the courtroom.”

Present in the audience was Dusty Pence, who was instrumental in putting the initiated measure to record meetings on the ballot. She suggested purchasing a simple unit and said that anyone who speaks in the commission meeting should stand up and introduce themselves before speaking so they can be heard on the AV recordings.

The commissioners plan to conduct more formal meetings and appointed auditor Sue Ganje as parliamentarian. Ganje said discussion about ideas on how to run their meetings will be on the December 4 agenda.

The cost of the equipment is $10,294. Someone will be needed to operate the AV equipment for eight to 10 hours a month. The meetings will be streamed to YouTube and to the local cable channel, Jensen said. DVD copies may also be available at the Hot Springs Library.

Courthouse Maintenance Supervisor Lyle Jensen shows some examples of audiovisual recording programs that are used by Pennington County, the City of Hot Springs and the City of Edgemont to the Fall River County Commissioners. The commission meetings will be recorded and be made available for public access.