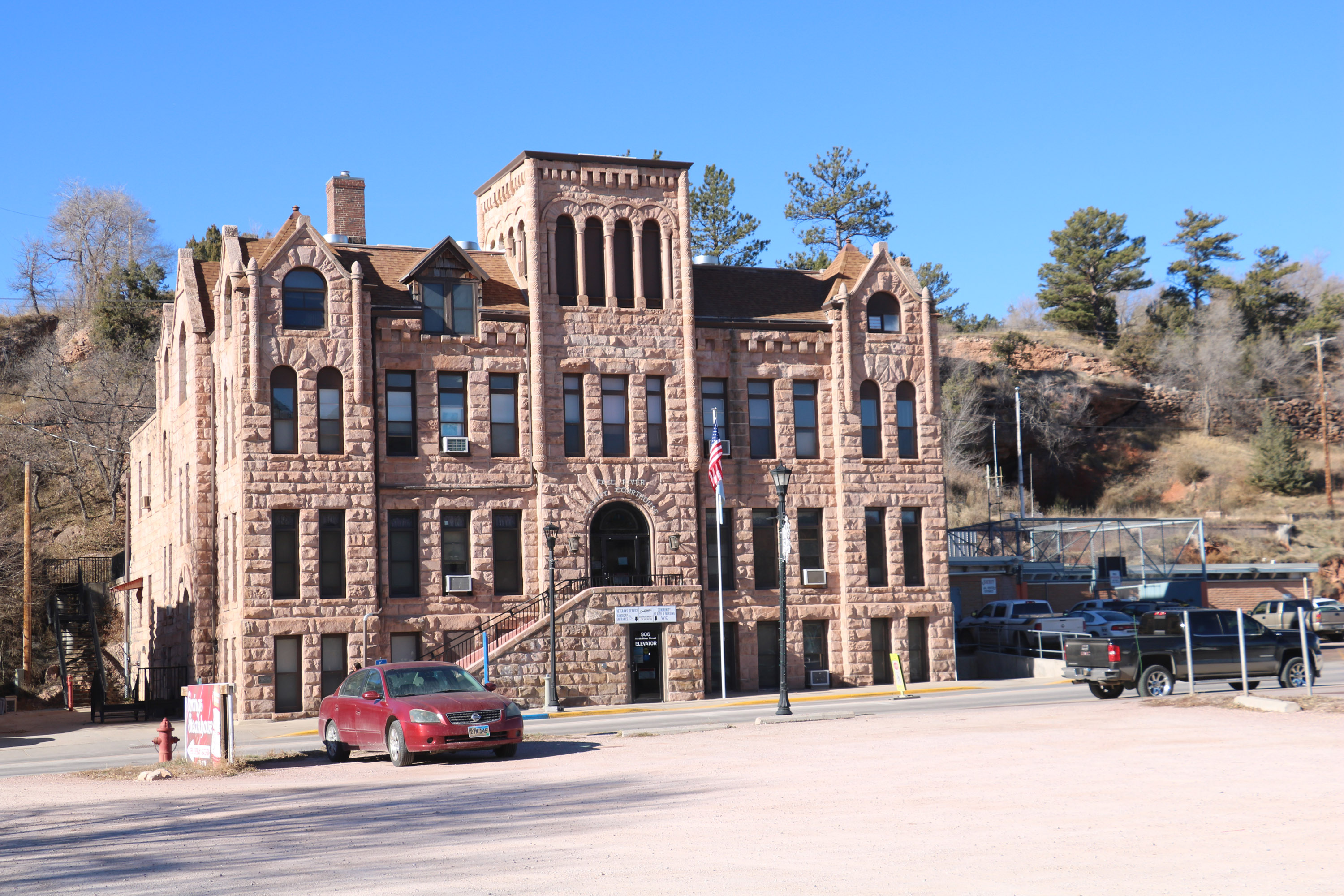 A metal detector has been installed at the entry to the courtroom. Sheriff Evans said he will need to hire part-time staff to operate the metal detector.

The county commissioners conducted a canvass for the 2018 General Election. Auditor Sue Ganje thanked the election board, which included 64 people who worked at the polls, counted absentee ballots, drivers, the auditor’s office staff and others at the courthouse. “It was a great community effort,” she said. “Everything went well.” She added that it was highest turnout of voters she remembered in Fall River County. The number of ballots cast was 3,217, which included 1,100 absentee ballots. “I just want to thank everyone,” she said.

The South Dakota Department of Transportation will hold a public meeting in Oelrichs on Monday, Nov. 26 for the proposed project to reconstruct select vertical curves on US 18/US 385 from the Smithwick Road to Oelrichs. The meeting will be held at the Oelrichs Town Hall at the east end of Sixth Street from 6 p.m. to 7 p.m. The public is encouraged to attend.

Highway Superintendent Randy Seiler reported that the department had conducted a traffic count on a number of county roads. The counts varied depending on the day and time of day they were done. James Angell, who was in the audience, stood and thanked Seiler for checking on the roads.

Emergency Manager Frank Maynard told the commissioners that people need to be cautious about starting fires. He said if a fire starts in the current conditions it will spread and grow quickly.

In other business, the commission approved the following items.

• Maynard’s request for an Emergency Operation Center (E.O.C.) radio at the South Annex. The primary E.O.C. radio is at the courthouse, so this would be a secondary unit.

• Diann Long’s application for a road approach permit, to construct an approach to her residence to the right of Smithwick Rd. approximately a half mile west of Cemetery Road.

• Golden West’s application for right-of-way at the intersection of Argyle Road and Sapphire Lane to install a cable. Also an application to install telephone service to a residence on Admiral Road.

• A petition by Michael and Regina Eichenberger for vacation of a portion of a right-of-way.