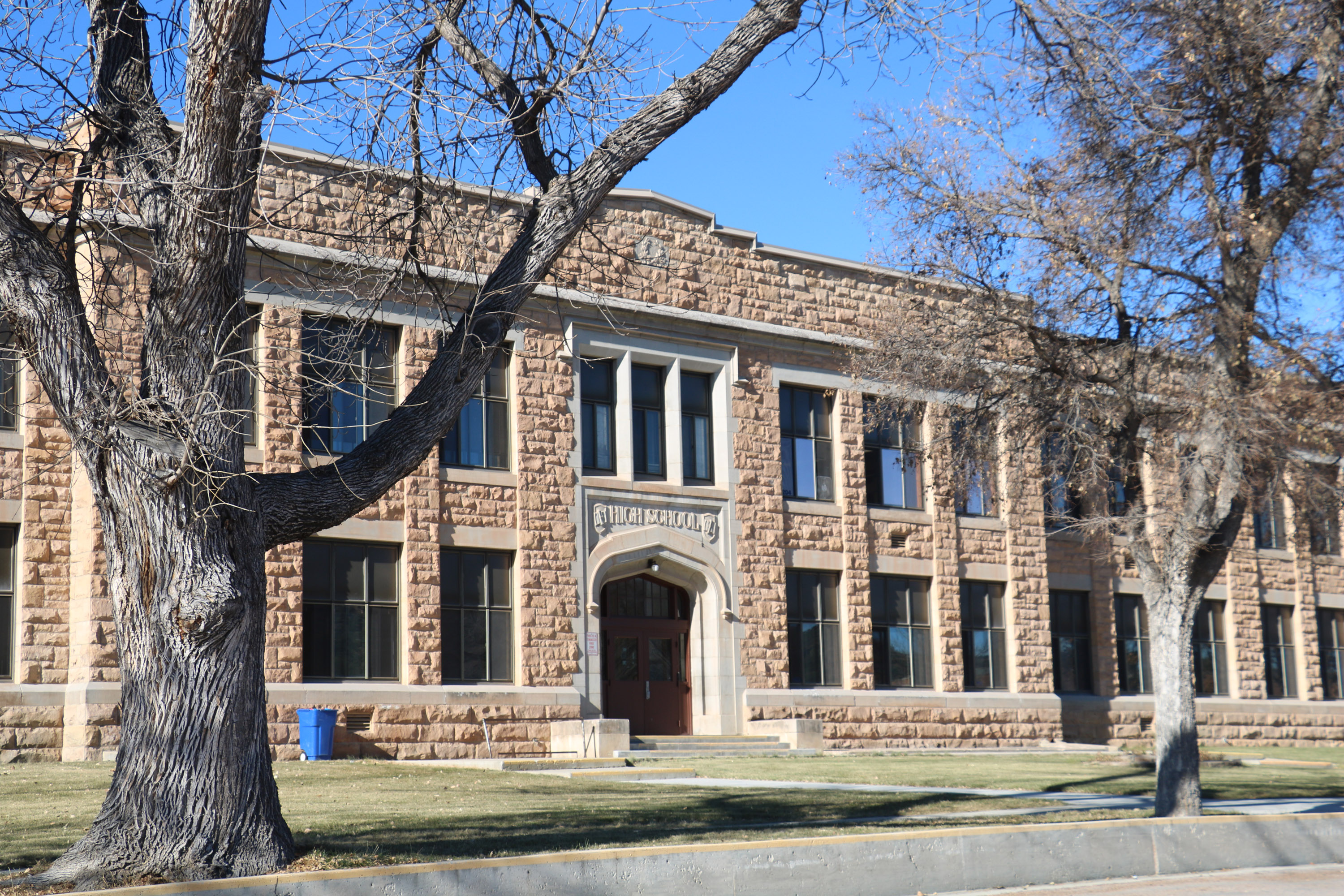 HOT SPRINGS – The Hot Springs School Board – by a 5 to 1 vote – passed the Second Reading of a change to its policy describing how Public Participation is handled at its monthly board meetings. The action took place at the meeting held Monday, Nov. 12. The lone dissenting vote was from newly appointed board member Lyle Jensen, with all others in attendance voting in favor. Board President Kim Henningsen was not present.

“If after filling out Requests to Address the Governing Board Form it is determined (by the board president) that there are more than five people desiring to speak about the same item either on the agenda or an item not on the agenda, those who have filled out a request will be asked to select no more than five individuals to address the board.”

Previously the policy did not limit the amount of people who could speak on the same topic. But following a recent recommendation from the  Associated School Boards of South Dakota aimed to help school boards streamline their public business meetings and avoid repetitiveness, the Hot Springs School Board decided to adopt the change and pass the First Reading at their Oct. 9 meeting.

At that meeting, Board President Henningsen said, “This is not an attempt to keep people from telling us what they think.” Everyone can still contact board members by phone, email or in person, he added, while also saying the policy change would only apply to regular board meetings and not any public forums to discuss specific issues.

At this week’s Nov. 12 meeting, Jensen, who was appointed by the school board on Sept. 10 and took the oath of office on Oct. 9, said prior to voting that he was opposed to the policy change.

“It appears to me that we have a public relations issues, and the rumble I hear is that the public sees this an another way to limit access to the board,” Jensen said. “I’m not in favor of going ahead with the new policy.”

No other discussion took place prior to the board approving the change 5 to 1.

Earlier in the meeting, the board heard from Activities Director John Fitzgerald on his recommended changes to the pricing of concession stand items for home sporting events. Fitzgerald said that last year’s concession stand budget ended with a budget deficit of $2,500, and since prices had not been changed for between 8-10 years, he was recommending a .50 increase for most all things on the menu. He said the result would put most things in the middle of the road, when comparing them to some neighboring schools – usually slightly less then Spearfish, but more expensive then Belle Fourche.

Board member Dustin Kleinsasser said he was not in favor of the school charging more for items like popcorn (which was proposed to go from $1.00 to $1.50) without giving the customer more for their money. He also questioned the logic of assuming an increase in price would translate into an increase in profits, and suggested that people may just decide not to buy the items if they were too expensive.

Following some additional discussion and suggestions by the board, Fitzgerald altered his original pricing proposal which included keeping popcorn at the current $1.00 cost, but increasing a bottle of water to be the same $2.00 cost of pop, Gatorade and iced tea. Most all other items will increase .50 cents.

At the beginning of the meeting, the school board heard presentations from the high school student council as well as from the FFA who reported on the club’s recent attendance at the National Convention in Indianapolis, Ind.

The FFA club’s advisor Tanna White said 11 members from Hot Springs traveled to the event and joined 69,000 others from across the country. She added that the Hot Springs FFA currently has 54 members, compared to 51 last year and only 27 the previous year. The club is currently preparing for the District Competition in Wall this Friday, in hopes of placing in the top-two in each event to qualify for State in Pierre the first week of December.