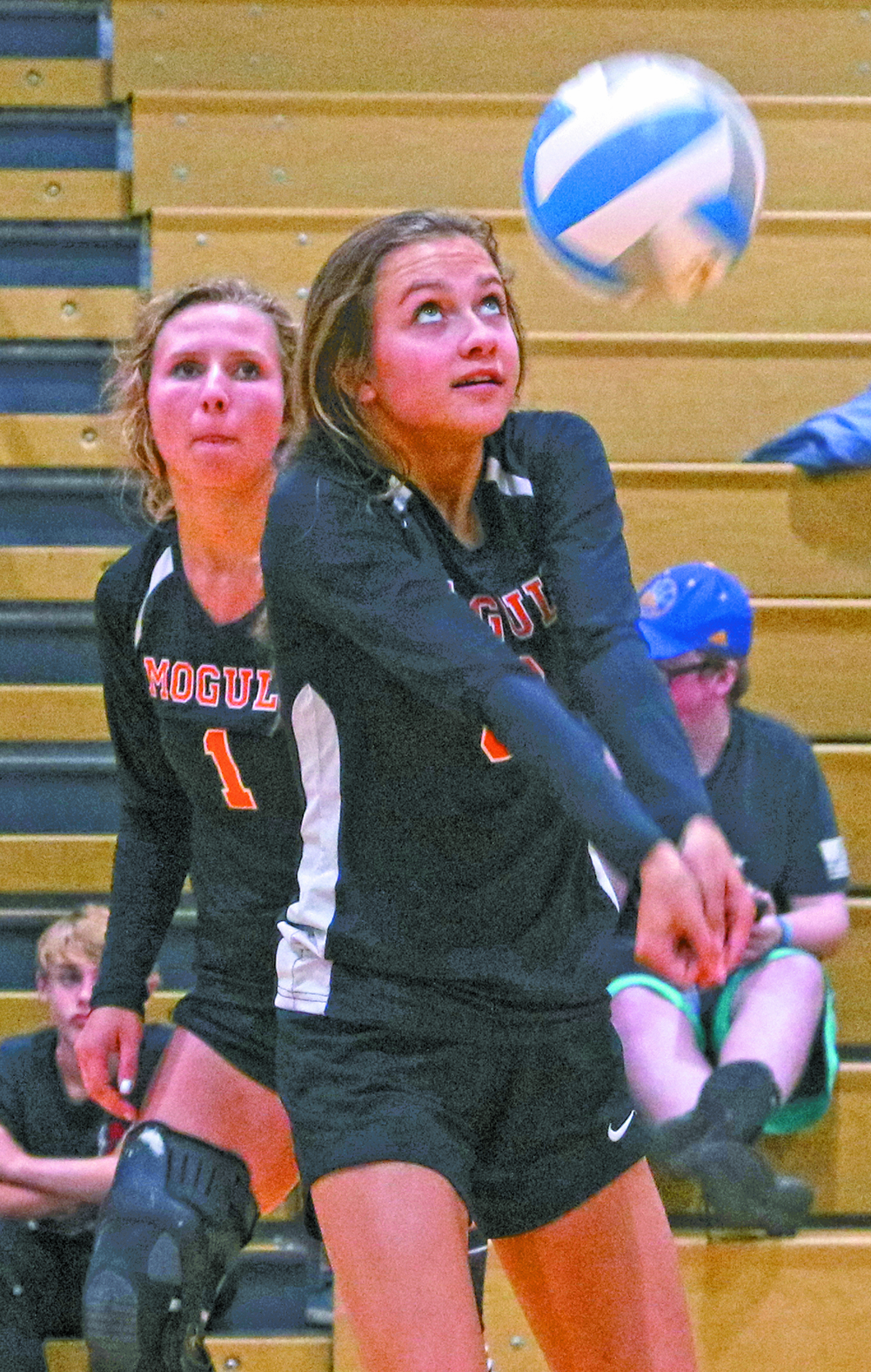 EDGEMONT – Despite falling in both of their matches last week, Edgemont Lady Moguls head coach Susan Ostenson was pleased with how her team performed in both contests, which went four games versus Hot Springs and five games versus Sioux County, Neb.

“I was happy with the way we played against some good match ups for us last week,” said Coach Ostenson. “Of course I'd rather come away with a W, but it was good to 'be in the game.'”

“We stuck with it against Hot Springs Tuesday to play four closely contested sets,” she added. “On Thursday, we went five sets against Sioux County. In the fourth set we got down 0-9, but came back with persistence to get the lead and won that set 28-26! Although we lost the fifth set, I was proud of our hard work and play together that night. We'll likely see them again this weekend at our conference tournament in Morrill, Neb.”

In the match versus Sioux County, senior Maddie Peterson led the team in kills with 16, followed by Kiara Allen with 11 and both Abby and Lizzy Tidball with seven apiece. Abby also had three ace serves, with Peterson hitting two aces.

Defensively, Peterson also had a team-high 24 digs, with Abby and Lizzy Tidball adding 18 and 17 respectively, and Taylor Grill also getting 11 of her own.

Jenna Ostenson led the team with 28 kill assists, while also getting the team's lone defensive block.

Versus Hot Springs, Abby Tidball had a team-high 13 kills with Peterson adding nine. Taylor Grill had four ae serves with Abby Tidball and Morgan Peterson each getting three.

Both Maddie Peterson and Abby Tidball had a team-high 12 digs, with Lizzy Tidball recording 20 digs as well. Ostenson again led the team in the kill assists category with 20.

Edgemont's Morgan Peterson digs a ball as her cousin Maddie Peterson looks on during a game played last Monday night versus Hot Springs.