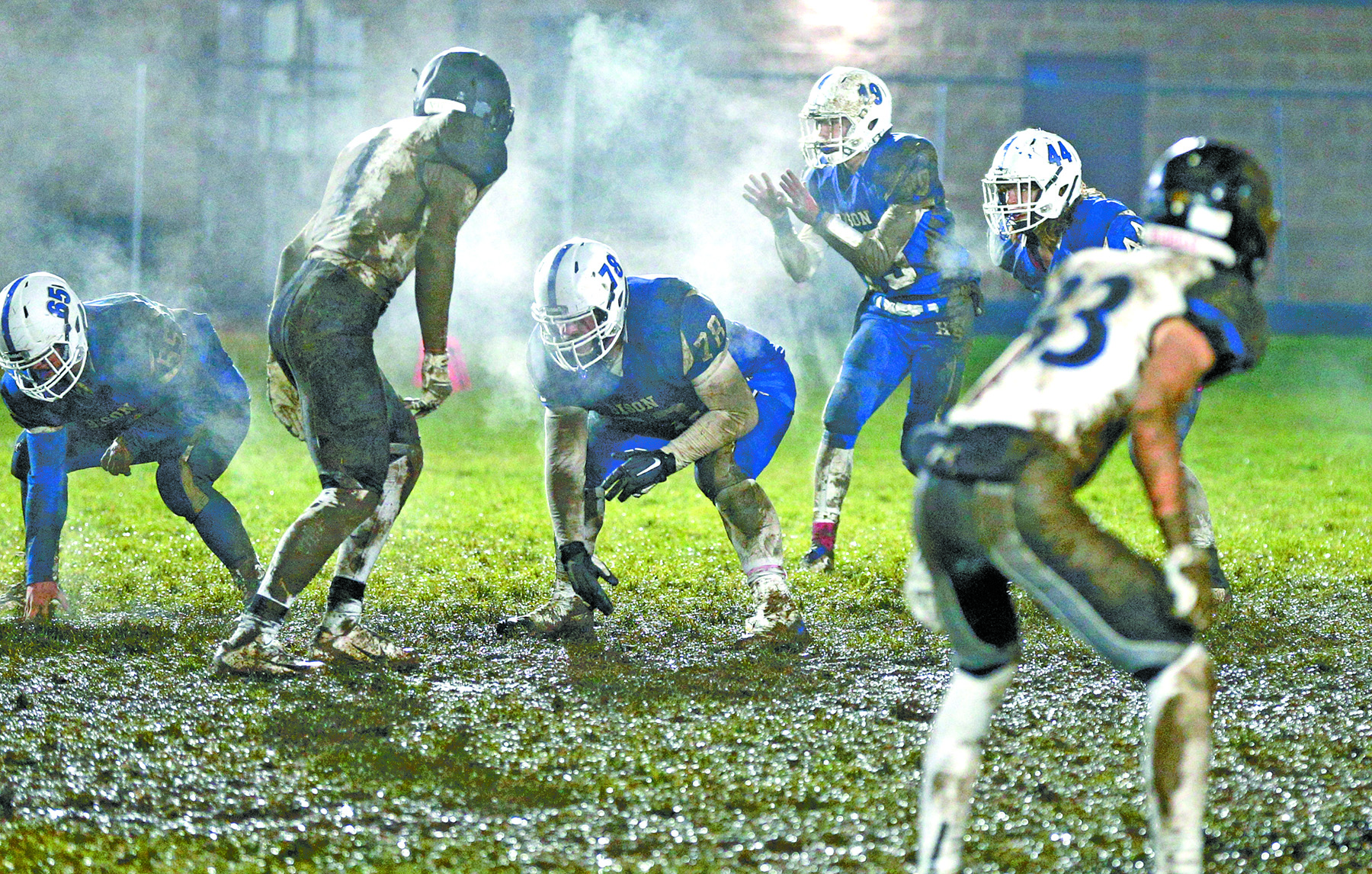 HOT SPRINGS – The Hot Springs Bison football team struggled out of the gate and fell behind early to the visiting St. Thomas More Cavaliers by a score of 0-14 in the second quarter, and would eventually fall by a final of 14-21 after holding STM scoreless in the second half.

“We’re all disappointed in Friday Night,” said Hot Springs head coach Ben Kramer. “Opportunities were there, we just couldn’t capitalize. No excuses; just not our best performance. We definitely played a better second half than first, but need to put four quarters together.”

Despite finishing the game with less points, the Bison actually out-gained their Black Hills Conference rival 336 yards to 287, with STM holding the advantage in the passing game 223 to 136 and the Bison getting more yards on the ground 200 to 64.

Following the early deficit, the Bison did get on the board in the first half on a 39-yard touchdown pass from senior quarterback Morgan Harkless to his senior wide-out Matt Norton, which pulled Hot Springs to within 7-14. The Cavaliers however added another touchdown right before the half on a five yard pass from Ryder Kirsch to Andrew Smith which put STM back on top by two scores.

Neither team would add any points in the third quarter, however Harkless would pull his team to within one score in the fourth quarter when he ran in a touchdown from 28 yards out, which pushed the score to what would be the final 14-21 margin.

Harkless finished the night completing nine of his 19 pass attempts including one touchdown and one interception. He also led his team in rushing 108 yards on 15 carries. Senior teammate Andrew Wendland had 73 yards on 17 carries while fullback Kalub Wilson had 16 yards on eight carries.

Norton and Thane Lockhart each caught four passes for 69 and 60 yards respectively. Wendland also had a reception that went for seven yards.

Defensively, senior Brand Baker led the team with 10 total tackles (7 solo) followed by Wilson with eight (3 solo), Wendland with seven (4 solo), Norton with five (4 solo), and Caleb Maciejewski with three solo tackles of his own.

Winning their third game in a row, St. Thomas More is now 4-3 on the season, but in 12th place, still on the outside looking in to the eight-team playoff picture in Class 11A.

Hot Springs and St. Thomas More battled against one another in cold and muddy conditions last Friday night at Woodward Field.