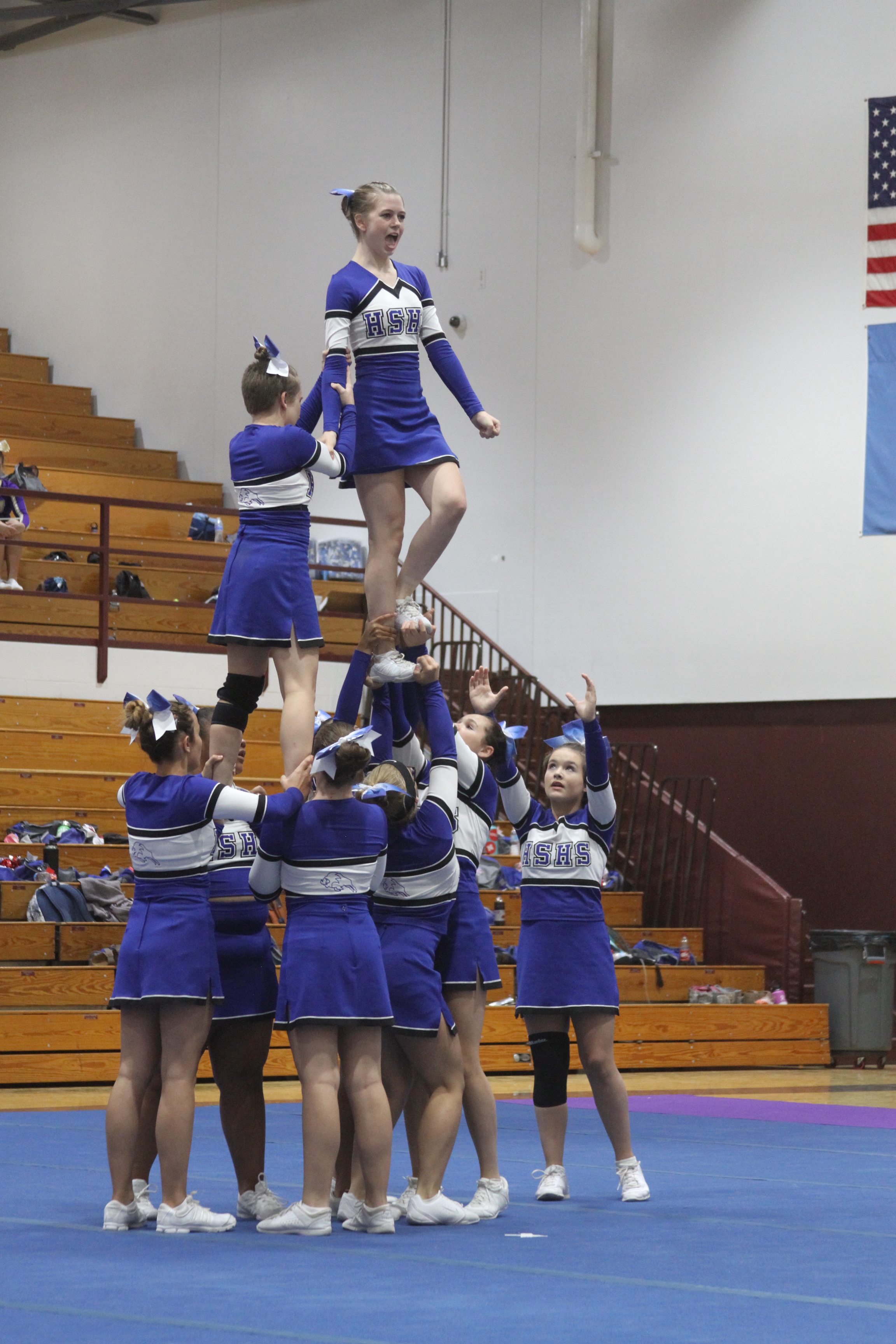 STURGIS – The Hot Springs Cheer & Dance team competed in two events last week, including one at Rapid City Stevens on Saturday, Sept. 22, as well as one in Sturgis on Tuesday, Sept. 25.

“The team was plagued with injury and illness for both of these competitions,” said head coach Janet Naasz.

Competing against large squad Class “AA” schools including Rapid City Central, Rapid City Stevens, Douglas and Sturgis on Sept. 22, the Hot Springs cheer team placed fifth overall as a 'small squad' with a score of 113 with no deductions. RC Central won with 143.5.

In the Dance Pom division, Hot Springs placed seventh with 117.5. Host RC Stevens won with a 165.

In Sturgis on Sept. 25, Hot Springs finished fifth in Cheer with a 110 with 11 points of deduction, compared to Douglas winning the competition with 139.5 points an 0 deductions.

In the Dance Pom division at Sturgis, Hot Springs placed fifth with 113.5 points with Spearfish winning the competition with 155 points.