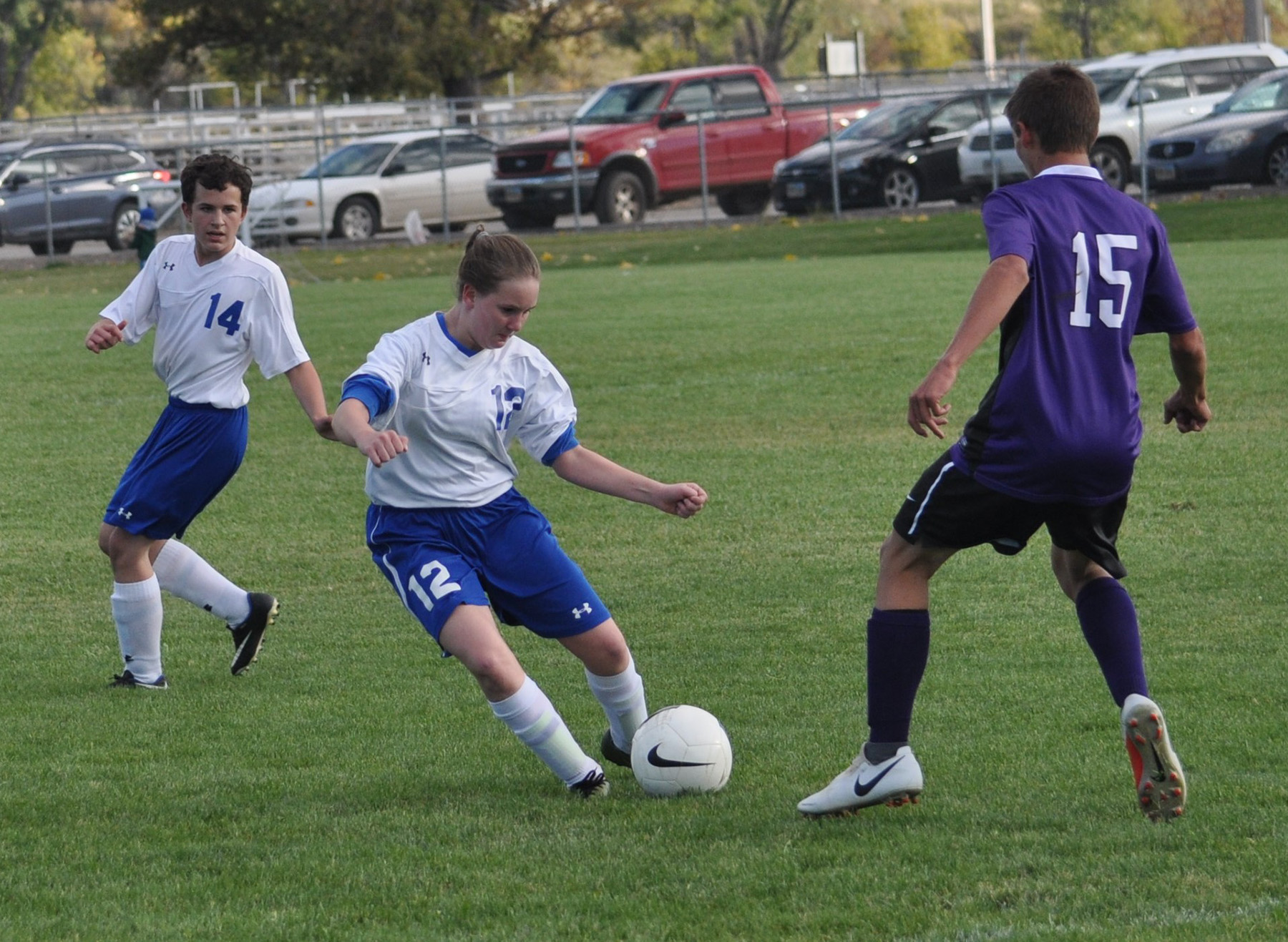 BELLE FOURCHE – The Hot Springs Bison soccer team completed its JV season schedule last Tuesday, Sept. 25, with a 4-2 victory on the road versus Belle Fourche, which was a rematch of their Aug. 10 game in Hot Springs which saw the Broncs come away with a 6-3 win.

In their first matchup in August, Hot Springs head coach Wendell Gehman said Belle played a number of their older players and were able to capitalize on several rookie mistakes to get the win. But after a full season of games and training sessions, Gehman's much improved young team traveled to their home turf for the rematch and earned a much more favorable outcome.

Belle scored an early goal, however, the Bison came back to level the match by half time with a nice 25 yard shot from Cade Gehman. In the second half, the Bison ramped up the pressure and controlled the possession for most of the half.

“Solid individual efforts from Max Meyer and Jacob Haertel produced two more goals early in the second half,” Coach Gehman said. “The Broncs pressured the Bison defense and narrowed the margin to one with a goal in the last 5 minutes, but a second goal from Cade Gehman in the dying seconds of the half sealed the victory for the Bison.”

“I was very proud of the progress each player made this season,” added Gehman. “their comfort level with the ball and their ability to work as a team greatly improved.”

Hot Springs finished with an overall record of 3-2-3, and according to Coach Gehman, “demonstrated that they have what it takes to be competitive.”

“Our next step is to petition the Hot Springs School Board to reinstate our varsity status to allow our players to receive varsity letters and the recognition that they deserve. Several of our players will be seniors next year and with this years’ experience, we should be able to field a side that can compete at the Class A level. The Bison still remains the sole boys team in SD that has girls rostered and competing.”

Hot Springs' Lily Theilmann battles for the ball during a game versus Belle Fourche last week.