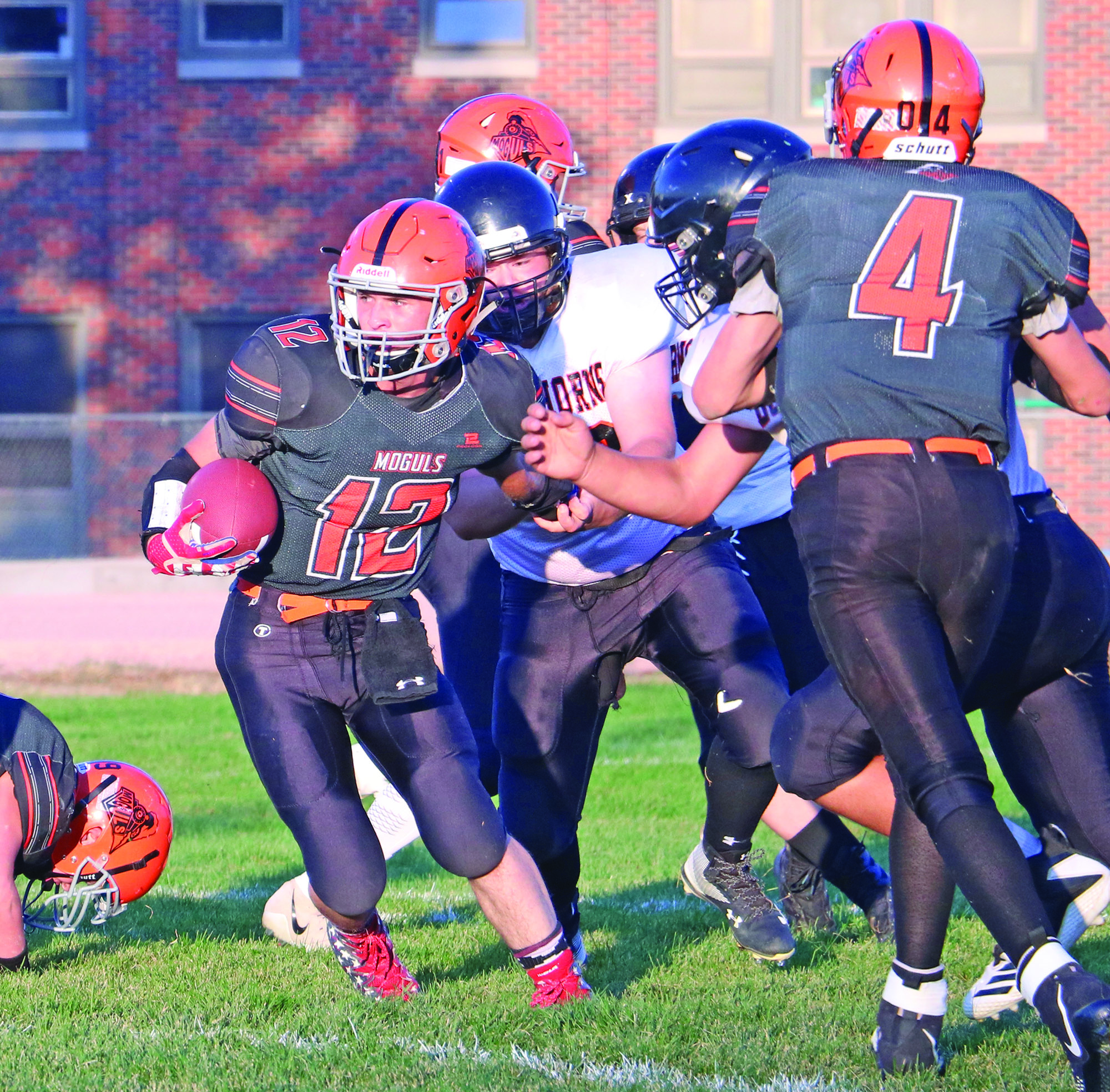 EDGEMONT – The Faith Longhorns used great field position following turnovers and a poor punt to score a pair of touchdowns to open an early 14-0 lead over the Moguls last Friday night in Edgemont's homecoming game. The second quarter however saw the home team's defense buckle down and make things interesting, as Edgemont pulled within 14-6 at halftime.

But in the end, the Longhorns were just too much to corral, Faith came out on top by a final of 34-6.

“I thought we came out and played some great defense,” said Edgemont head coach Dustin Christensen. “Overall we combined for 17.5 sacks, and made 81 tackles, one interception and two fumble recoveries.”

Senior Ryan Simons led the way in getting to Faith's quarterback as he was in on five of the team's QB sacks. Chance Grill also assisted on four of them. Brennan Hanes meanwhile had a team-high 17 tackles (five solo), followed by Grill (five solo) and Dalton Reutter (six solo) with 10 apiece. Grant Darrow had nine (four solo) while Chance Harsh (three solo) and Nate Leonard (two solo) each had eight apiece.

“On offense we struggled and could not move the ball,” Coach Christensen said.

Overall, Christensen said his team showed improvement on defense, especially with their tackling, “which is great to see,” he said. “Now we just need to put our offense together.”