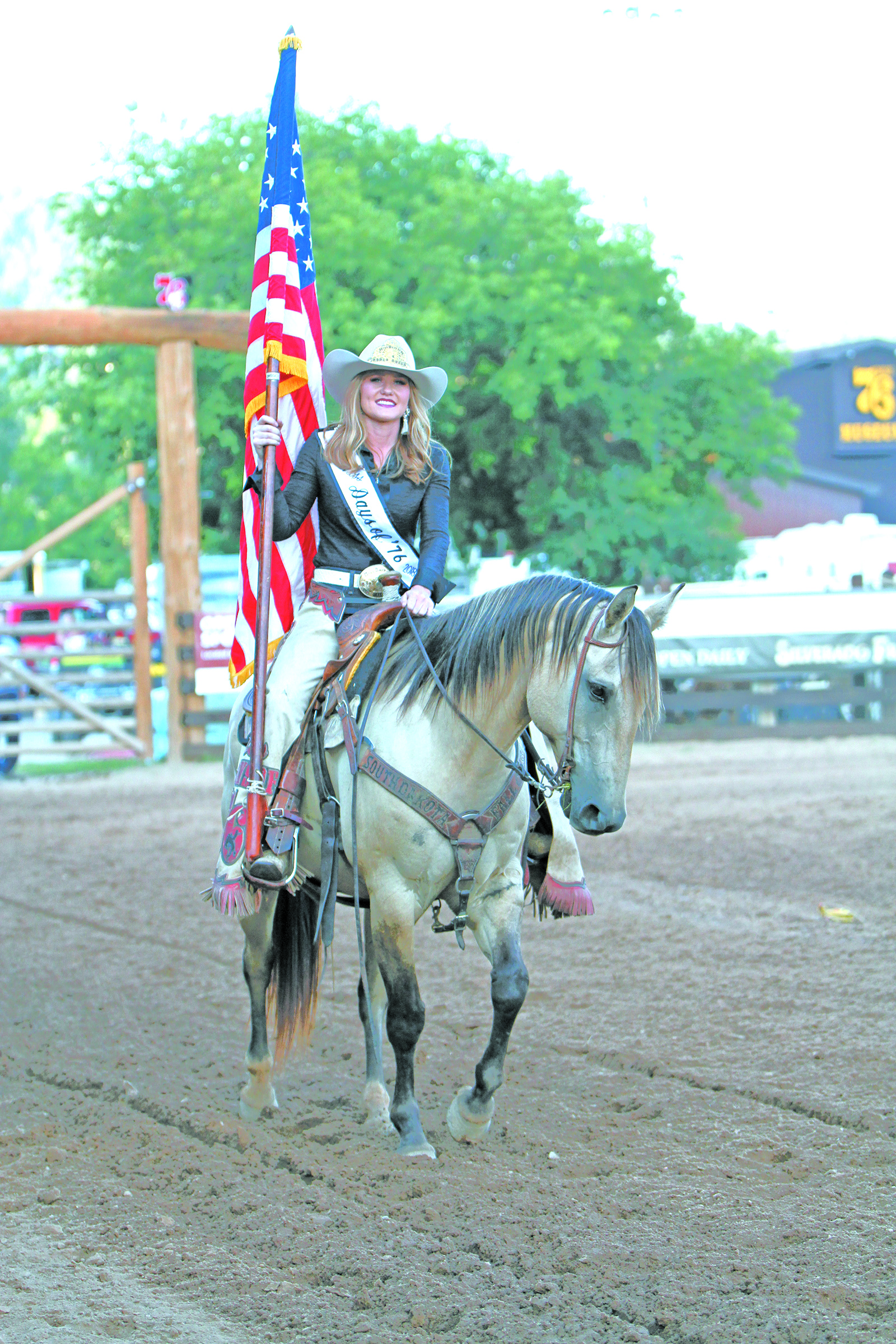 ORAL – Growing up the youngest child of a rodeo family, which includes a father who was a World Champion cowboy and a mother who was Miss Rodeo South Dakota, its obvious from where Jordan Tierney’s passion for the sport has come.

A 2013 graduate of Hot Springs High School from Oral, Tierney competed collegiately in rodeo first for South Dakota State University for one year before finishing her final three years of school on the Chadron State College rodeo team.

Over the past few years, while still continuing to compete at amateur rodeos nearly every weekend with her older sister Amy, she said vying for the title of Miss Rodeo South Dakota has always in the back of her mind. Going to school, working multiple jobs or other distractions had always prevented it however, making the timing just not right.

But recently, and despite never before competing for a ‘Miss Rodeo’ title of any kind, she decided the time now was right, after being encouraged to do so by a close family friend.

As a way to introduce herself to the competition process – which is much more intensive than one might thing, Tierney said – she competed last month in the Miss Days of ‘76 competition in Deadwood, as part of the Northern Hills’ annual celebration and rodeo.

On Monday, July 23, Tierney, along with a handful of others vying for the Miss Days of ‘76 title, competed at the First Gold Casino, from about 8:30 a.m. to 7 p.m. later that same night, in a wide range of individually judged criteria which included modeling, interview and impromptu speaking, and then horsemanship in the Days of ‘76 Fairgrounds.

The next night, on Tuesday, July 24, the coronation was held following the rodeo’s steer wrestling competition where Tierney became the 2018 Miss Days of ‘76 and then presided over the rest of the week’s festivities, which wrapped up on Saturday, July 28.

Tierney said it was “a great experience” competing for Miss Days of ‘76.

“I definitely have a new found respect for it,” she said, adding that it was a lot more work than she expected, but that it was a “ton of fun” and that she was proud to say that “she didn’t make a mistake.”

Despite the competition being more work than expected, she certainly can’t say she wasn’t warned.

But Jordan added, after she won the Miss Days of ‘76 title, her mom got a lot more excited and was obviously very proud of her accomplishment, which proved to everyone, that she was ready to take on the Miss Rodeo South Dakota competition.

According to the organization’s Facebook page, the Miss Rodeo South Dakota is a dedicated cowgirl focused on promoting and educating others about South Dakota’s western heritage, agriculture, and rodeo.

“Miss Rodeo South Dakota symbolizes the youth of our state who wish to further promote the sport of Rodeo, and in so doing, promote our Western Heritage. She is the ideal western American young woman, and will represent our state and the sport of Rodeo as she travels throughout South Dakota and surrounding states. While spreading good will for her community and her state, Miss Rodeo South Dakota is garnering rich experiences for her life, and is laying a solid foundation for her future,” the site says.

Tierney said that what appeals most to her about the potential of winning the Miss Rodeo South Dakota title is the travel that is involved and her ability to represent the sport of rodeo, for which her entire family has made its livelihood, including two brothers – Jess and Paul David – who are both professional rodeo athletes.

Now as she prepares to follow in her mom’s footsteps and compete for the title of Miss Rodeo South Dakota next month, she knows she will need to work hard to prepare, which if she’s successful, would qualify her to compete for Miss Rodeo America at the National Finals Rodeo in Las Vegas, Nev.

Four times in its history, Miss Rodeo South Dakota has gone on to also win the Miss Rodeo America title, most recently by McKenzie Haley in 2011.

The portion of the Miss Days of ‘76 competition that Jordan found the most difficult, but ultimately also most rewarding, was her impromptu speech. She said that in this portion of the competition, contestants are given a previously unknown topic and then 10 minutes to come up with a two-minute speech about it, without any additional resources or use of technology.

With only that to go on, she then had to come up with two minutes of material. And apparently, the judges liked what they heard.

Having a pretty good grasp of rodeo history, Tierney said she pretended to be a rodeo announcer in her speech and spoke about steer wrestling, since she knew that was one of the very first-ever rodeo competitions and would have likely been held in a 1920s rodeo in the Black Hills.

Now, with a lot of hard work, she hopes she too can become a significant part of the rodeo history in the Black Hills with a Miss Rodeo South Dakota title of her own.