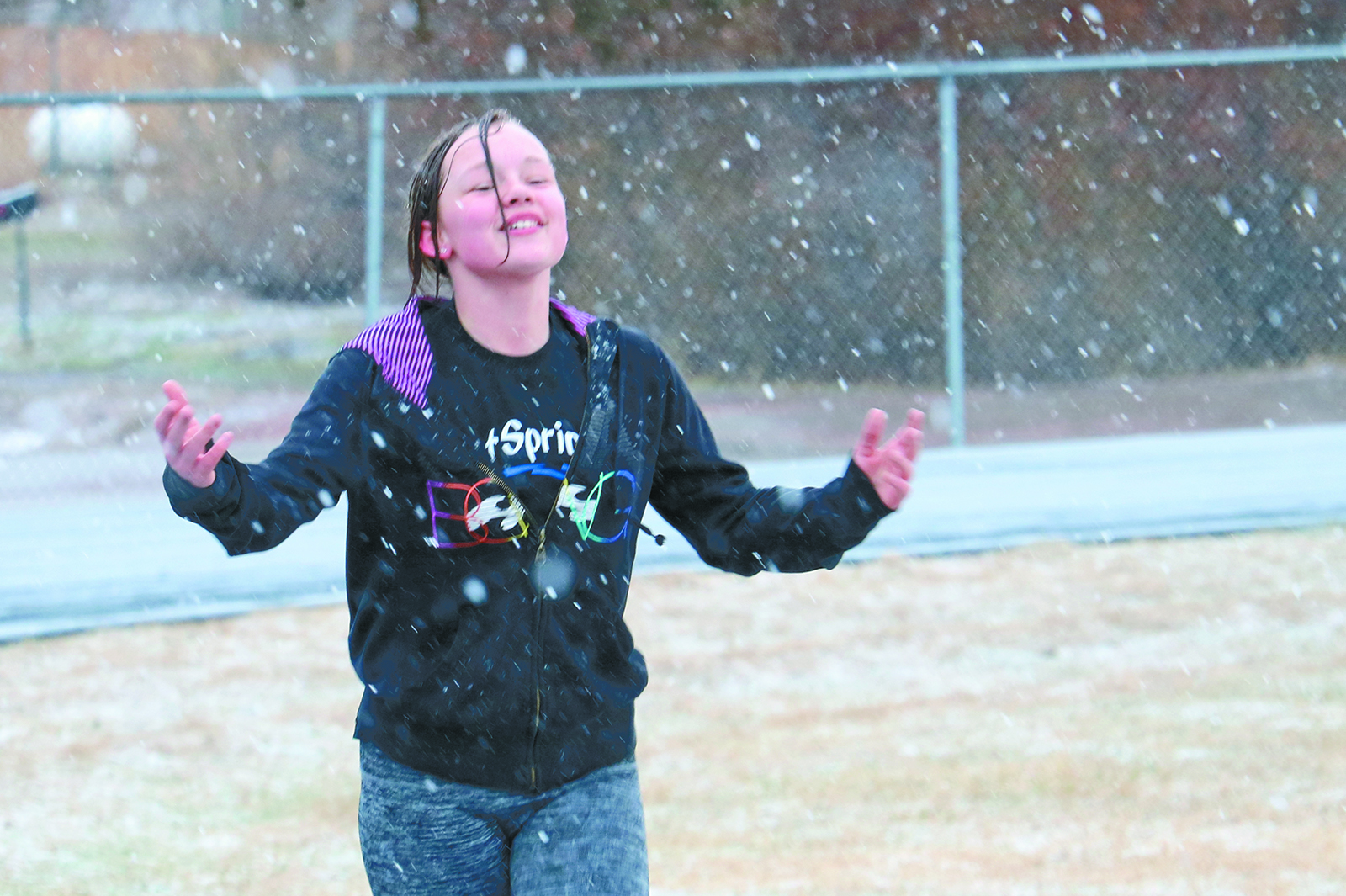 Twenty-plus days of practice can stretch on for a long time, especially when the weather is not exactly conducive to having practice on the track. We spent far more time inside and on the street then we did on the track trying to establish an early rhythm to the season.

Last Friday we were able to compete for the first time this year at the Rapid City Developmental Meet held at Sioux Park. There were not many teams competing, but there were a great number of athletes. All you have to envision is the 20-plus heats of the 100m and the 30-plus heats of the 200m races. The athletes from Hot Springs performed pretty well at this meet with a few of our kids placing.

The 4 x 800m relay team of Josh Stanley, Adam Consoer, Keaton Bissonnette and Pierce Sword placed 5th in a time of 9:33.25. This was a better start to our season from last year where we ran a 10:05.

Caden Shanklin threw a personal best of 105-02 in the discus, making finals and finishing out the day in 5th place.

Abrianne Baca got her season off on a good foot with a 5th place finish in the 100m hurdles, in a time of18.35.

I really have to give all our kids credit for their performances. The weather conditions began to deteriorate at noon with strong winds, their focus was on the events and not on the conditions, seems like the mental aspect is ahead of last year.

The first meet of the year we are just trying to establish where we are and what we need to do to improve as the season moves along. I think the results of the others that competed were pretty good, and like I stated before, we simply need to get outside and on the track. This year we have quite a few new people; from seniors down to 8th grade athletes. It sure makes a difference when you have a greater amount of competition within the team. This will help us out a great deal; having the competition during practice should make for an easier transition to participating with other schools. This should be a good competitive year for Hot Springs.

Wintery weather this past Monday afternoon didn't stop the Hot Springs Middle School girls' track coach Todd Phelps from having his girls take a few laps around the track in preparation for the team's first meet of the season coming up next Saturday, April 7, at home on the Dave Scott Track. ABOVE: Eighth-grader Jewels Brown smiles as large, wet snow flakes fall around her as she makes her final lap around the track before heading inside to the Tays Auditorium to finish up drills.