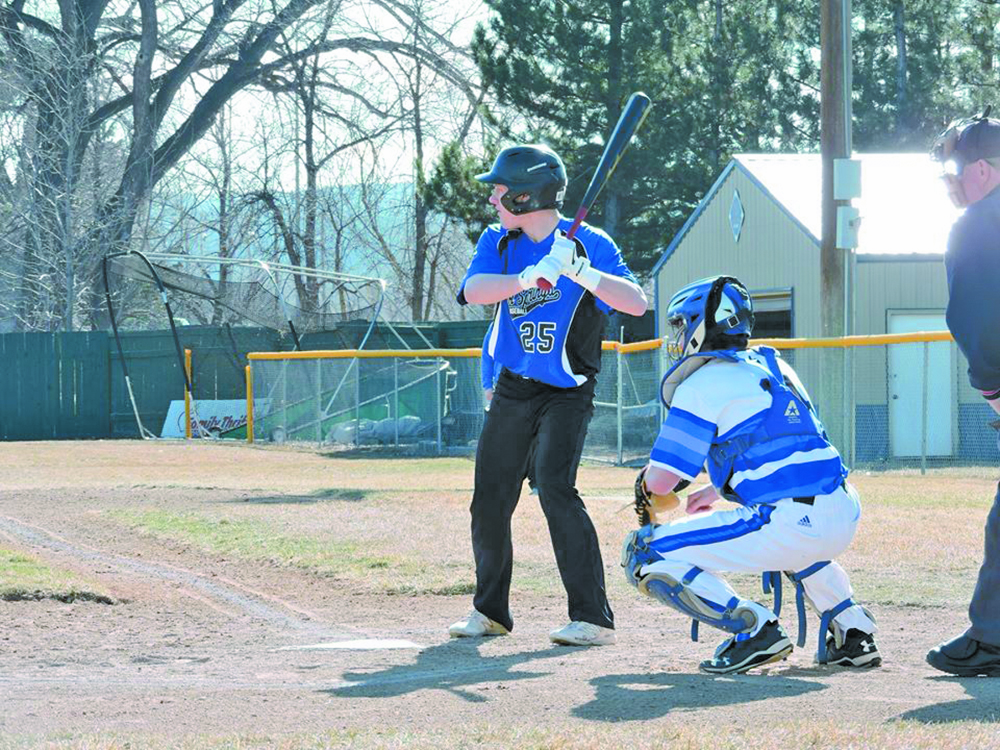 RAPID CITY – The Hot Springs Bison baseball team opened the season this past Sunday, March 31, in Rapid City against St. Thomas More – one of the favorites this year to take home the state title.

Despite the Bison putting up 10 runs in the game, the STM Cavaliers prevailed in a 27-10 win.

In the first inning, Hot Springs head coach Mike Remington said his team failed to produce a run, despite a leadoff single by senior Andy Wendland.

The Cavaliers then scored five runs on only one hit in the bottom of the first.

“Three walks, along with a few errors and some wild pitches was all STM needed to their season started,” said Coach Remington. “We however produced seven runs on seven hits in the top of the second. That was by far the best offensive production that I have witnessed with this being my third year here in Hot Springs.”

The Bison were led by Andy Wendland, who went 3-for-3 with an RBI, three stolen bases and two runs. They also got good support from several other players including Gavin Heil who was 2-for-3, with two RBI’s, and a run scored;

Mason Van Bibber with two runs scored; Matt Wendland who went 1-for-2 with one RBI and a run scored.

“I was happy for the most part by the way we swung the bats and ran the bases but we still struck out nine times (5 looking) in five innings,” Remington said. “We must develop our pitchers and catchers as both are inexperienced. With a limited number of practices due to a longer basketball season, no complaints there, we will continue to improve and strengthen as the season progresses.”