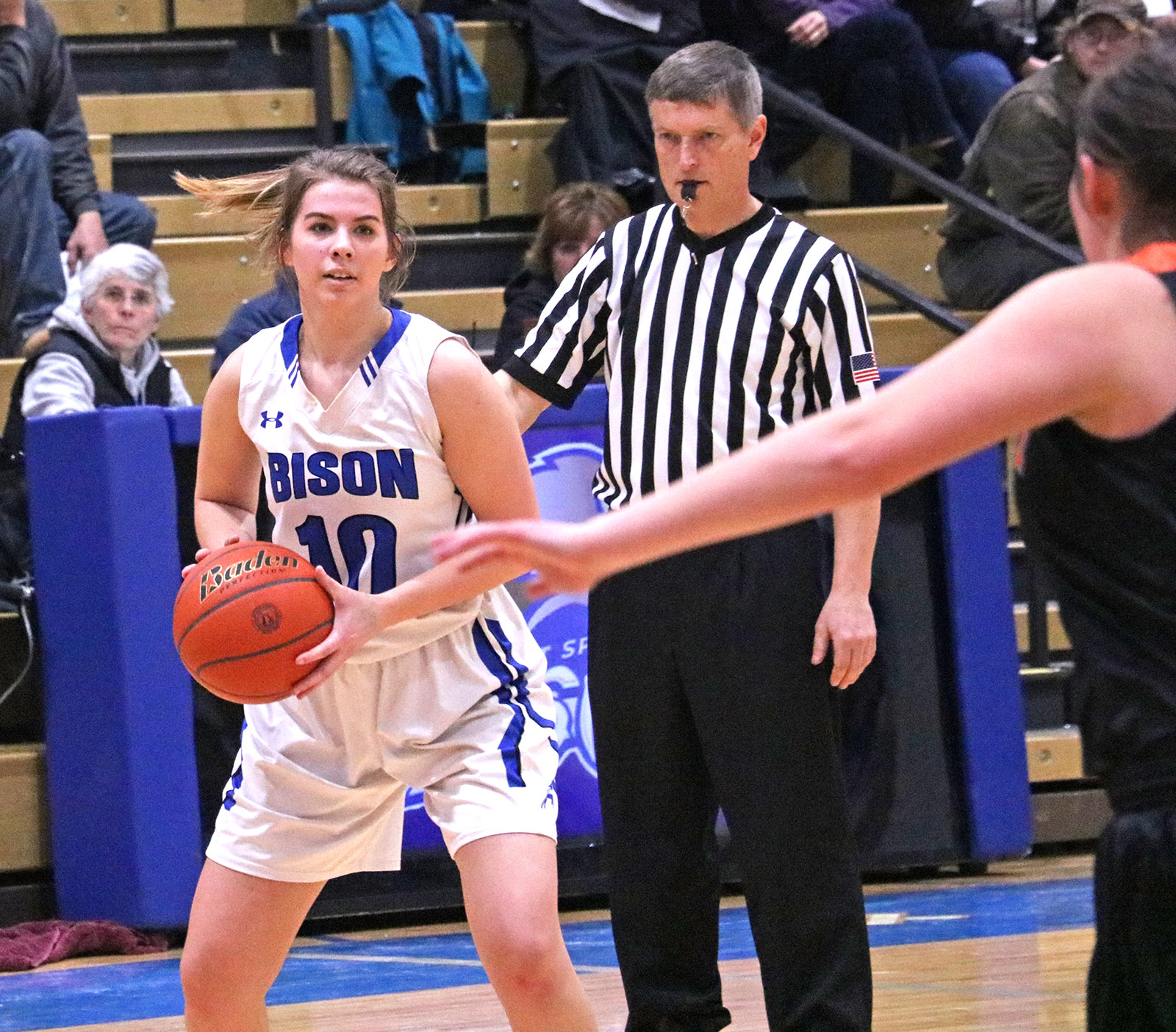 RAPID CITY – The Hot Springs Lady Bison basketball team concluded its season on Monday night, Feb. 25, as they faced St. Thomas More in the first round of the Region 8A playoffs and lost by a score of 18-54.

Prior to the start of the playoffs this week, the Lady Bison hosted Class “AA” Spearfish last Tuesday, Feb. 19, in a much-anticipated game, according to Hot Springs head coach Tanna White.

Hot Springs kept it close in the first half, but eventually lost by a final of 33-53.

“The girls played a tough first two quarters against the more experienced Spearfish team and had a few highlights during the game which were glimpses into the growth they've had this season,” said Coach White. “Despite having few varsity subs, the Hot Springs girls were able to full court press with some success which was nice to see.”

“The girls played much more aggressively against Spearfish defensively with some good transition points but unfortunately again we just couldn't finish at the basket to have the score reflect the effort,” Coach White added.