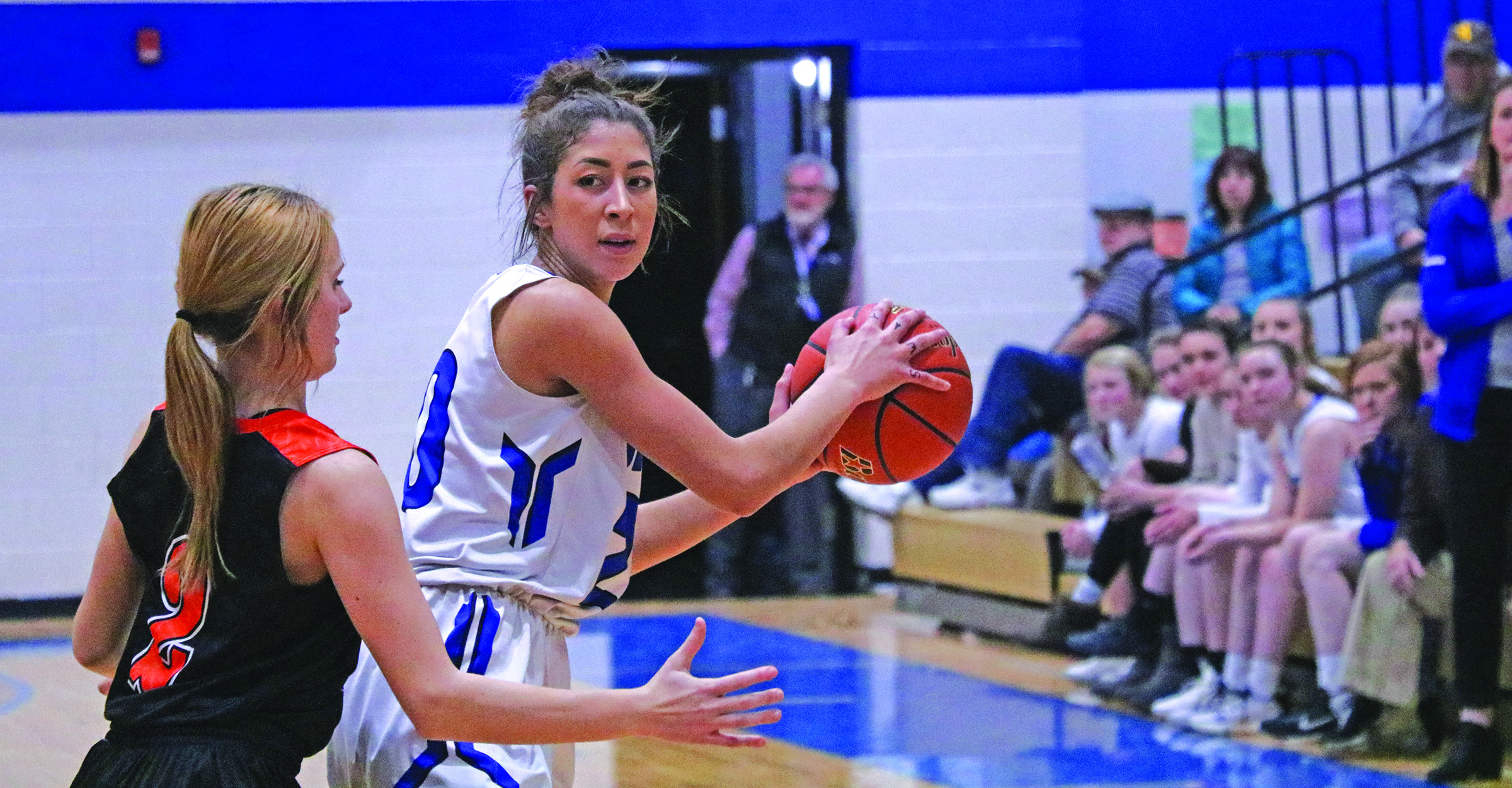 WALL – The Hot Springs Lady Bison basketball team placed sixth overall in last week’s West River Tournament after earning a 1-2 record which included their second win of the season over nearby Oelrichs when they defeated them 50-38 last Thursday night in Wall.

The team’s two losses of the tourney included an 18-36 loss to Edgemont at home last Tuesday night in a game where the Lady Bison were shutout until midway through the second quarter, and then a 29-58 loss to Rapid City Christian on Saturday at the Rushmore Plaza Civic Center in the fifth place game.

In the win over Oelrichs, the Lady Bison were led by a pair of players with 18 points, including senior Kennedy Seaman who also had three assists, as well as junior Tyler Warner. Senior Bayley Ferebee added three points and a team-high nine rebounds.

“The girls came together against Oelrichs and played much better basketball,” said Hot Springs head coach Tanna White. “They did a great job pushing the ball, going for steals and running the court. They put up 50 points for the first time this season and gained a lot of confidence.”

“The girls played an outstanding first half of basketball versus Rapid City Christian,” said Coach White. “Unfortunately they couldn’t keep it up the third and fourth quarters and the score reflected that.

“There were many positives to take away from the first and second quarters while many other things noted offensively to work on from the third and fourth quarters. Unfortunately the shots we hit the first half just wouldn’t fall the second and the girl’s have to keep working regardless of shots falling or not. They did a great job again of pushing the ball after steals and rebounds and seemed to turn a corner after the Edgemont game.”