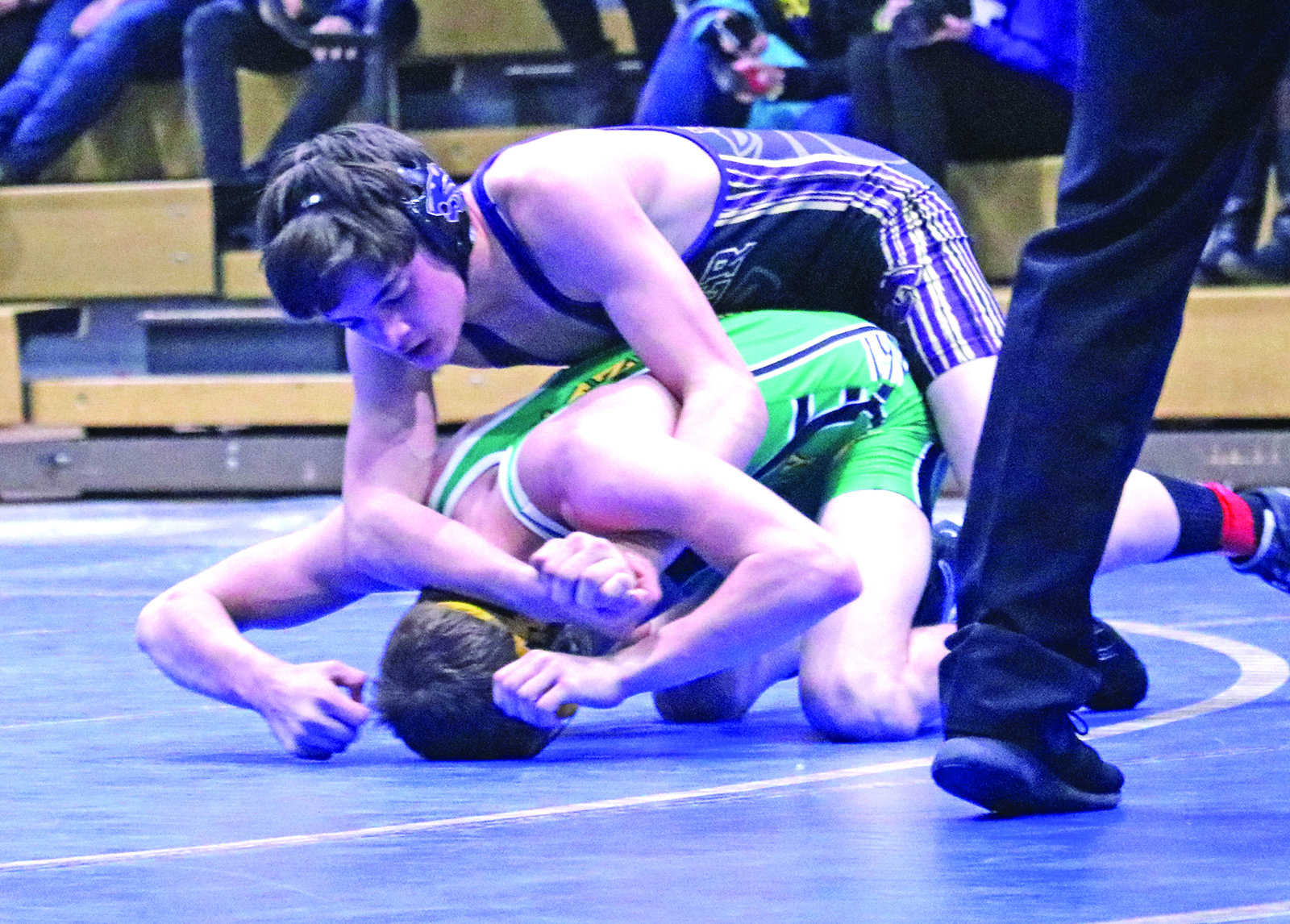 PHILIP –The Custer-Edgemont wrestling team finished as the runner-up in this past weekend’s Philip Invitational with 188 points, second only to host Philip Area with 228.5 points. Hot Springs meanwhile placed sixth overall with 113 points amongst the 11-team field which also saw Douglas (154) place third, McCook Central-Montrose (124) fourth and Webster Area (118) fifth.

“Bringing home 11 medals from Philip is great, but what’s more important is we found where we are good and where we need to work,” said Hot Springs head coach Ray Ringstmeyer.

The Wildcats had three individual champions in 152-pound Chance Grill of Edgemont along with 106-pounder and 160-pounder Logan Graf and Levi Mines of Custer. Edgemont’s Cade Grill also placed third at 126 pounds while Brennan Hanes was fifth at 138 pounds. Eight other Wildcats also earned top-eight medals.

Hot Springs was led by senior Garrett Heil who won 195 pound division while both Kody Hagen (145 lbs) and Marcus Harkless (220 lbs) finished as the runner-up in their division. Nine other wrestlers also took home medals.

In helping to lead the Custer team to a second place finish, Edgemont’s Chance Grill (27-1 overall) went 4-0 in the tournament and defeated Gage Burke of Clark/Willow Lake in the championship finals with a 10-0 major decision. His younger brother Cade (18-12 overall) then earned a 3-1 record en route to his third place finish which included a 4:28 pin over John Updike of Douglas in his final match.

Hanes (12-9 overall) meanwhile won two of his four matches to place fifth with a 3-0 decision ver Jackson Wilson of Douglas in his placing match.

For Hot Springs, Garrett Heil (20-3) won all three of his matches to take the 195-pound title, defeating Tanner Peterson of McCook Central-Montrose in his final match by a score of 5-0. His other two matches were both by first period pin.

Hagen (21-4) went 2-1 and Harkless (7-5) went 1-1 enroute to their runner-up finishes. Both won their early round matches to qualify for the championship but then fell in the finals as Hagen lost to Hunter Peterson of Philip Area by a 5-0 decision and Harkless lost to Wyatt Locke of Groton by a 2:55 pin.